Golden State of Mind
Share on FacebookShare Share on TwitterTweet
Luka humiliated a barebones Warriors crew earlier this season in Dallas. Can Golden State get vengeance in front of Dub Nation in Chase Center? 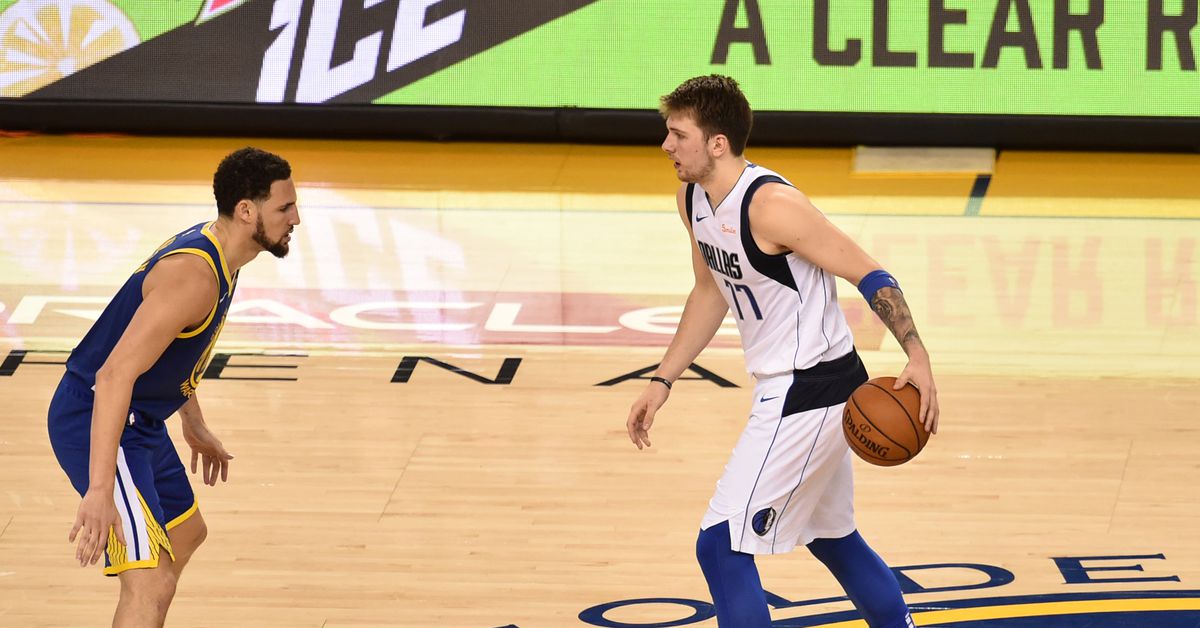 To my battle-hardened brethren and sistren of Dub Nation, the loyal survivors of the snafued Golden Empire; the living, breathing foundation that powers the Golden State Warriors’ franchise:

I send you warm tidings in honor of the Dubs’ four game win streak. They are the hottest team in the Western Conference during this chilly holiday season after shackling Brandon Ingram, exposing Andrew Wiggins, tormenting James Harden, and defying Devin Booker.

But I also bring a sincere warning, borne of a horrifying experience I witnessed deep in the heart of Texas only a few moons ago.

Luka Doncic is coming to Chase Center. It’s about to get crazy.

If you have been watching Warriors games on NBC Sports Bay area recently, you’ve probably seen me and my buddy Shawnanthony flexing in Dallas on a Southwest Airlines trip.

Seemed fun, right? Yeah, except for the actual game itself. Shawnanthony and I were exposed to a deadly strain of Luka-power, as the reigning rookie of the year drilled the bed-ridden Warriors for 35 in three quarters. That night, the Warriors were humiliated 142-94 in American Airlines Arena.

And I was there for each sickening basket. I was in really great seats, decked out in full Dubs apparel, full of Texas whiskey, flabbergasted as I watched the Dallas fans vociferously beg for Luka to singlehandedly outscore Golden State by halftime.

The cold part is that he knew what they wanted, and he nearly did it, scoring 33 points by halftime.

“Warriors vs Luka by himself” halftime score in Dallas: Warriors 38, Luka 33.

He was so dominant, the Dallas fans in the arena started pitying us two satellite members of Dub Nation, telling us that he’s just too good to be stopped.

Are you kidding me? Mavericks fans that had been crushed by the Baron Davis-led, “We Believe” Warriors of 2007...the same Mavericks fans who haven’t seen a title since Dirk Nowitzki in 2011...had the audacity to try to passive-aggressively console the sons of the Splash Bros dynasty?!

Sidetrack: There was only one moment I felt like a winner that evening:

Monstrous-Paschall-dunk-while-down-40 aside, the Warriors better avenge themselves, tonight.

I don’t care if the Warriors only played eight players that night in Texas, none of whom were Stephen Curry, Klay Thompson, Draymond Green, D’Angelo Russell, or Kevon Looney.

I don’t care if Luka is coming off a 24-10-8 game against the Spurs in 33 minutes Thursday night.

The only thing that matters, is that the reigning Western Conference champions get some payback tonight. For me, for Shawnanthony, for all of Dub Nation.