ESPN
Share on FacebookShare Share on TwitterTweet
The CONCACAF Nations League final between the United States and Mexico was marred by unruly fan behavior. 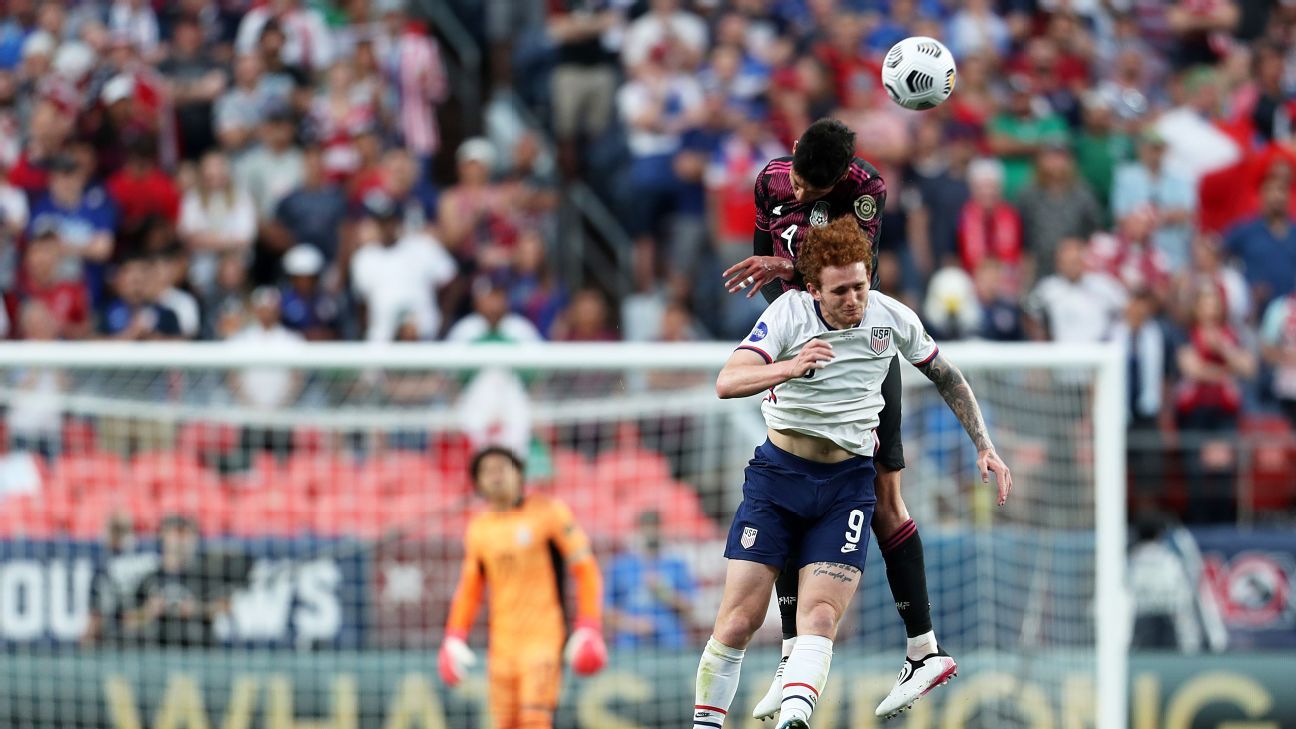 The CONCACAF Nations League final between the United States and Mexico was marred by unruly fan behavior that included objects thrown on the field and a brief pause in the game due to fans using an anti-gay chant.

The pause occurred during the final moments of the second half before the game went to extra time in the U.S. men's national team's 3-2 win. Referee John Pitti resumed the match after three minutes as players on both sides pleaded with the crowd to stop using the chant.

After Christian Pulisic netted the would-be game winner off a penalty and ran to the corner to celebrate with the rest of his teammates, Giovanni Reyna was hit in the face with an object as fans in the stands threw items such as cups and water bottles onto the field.

Reyna, who scored the USMNT's first goal in the first half, lay on the ground for several minutes before walking off the field with trainers.

As the game neared its conclusion, a fan ran onto the field before being tackled and escorted off the field by security personnel.

Reyna later returned to the field following the match's conclusion for the trophy celebrations.

"Total lack of respect for what's happening on the field and all effort that both teams are putting into the game," U.S. manager Gregg Berhalter said. "I think he's going to be OK, but he did take something to the head, and it could have been a lot worse.''

This was the second tournament match to be halted due to anti-gay chants at Denver's Empower Field at Mile High. Mexico's semifinal win over Costa Rica was also briefly paused. That match also saw several fans ejected from the stadium.

CONCACAF's protocol on the chant calls for a warning by the public announcer, which occured near half-time of Sunday's final. The second step of the protocol allows for the referee to pause the game.

Should the chant continue to be used, the referee has the authority to send the players to the locker rooms and can also call for the match to be abandoned.

Mexico has struggled throughout the years with stopping supporters from making anti-gay chants. In March, FIFA opened an investigation into anti-gay chanting by Mexico supporters during an Olympic qualifier against the Dominican Republic.