CBSSports.com
Share on FacebookShare Share on TwitterTweet
It was an instant classic, and the trophy went to the red, white and blue 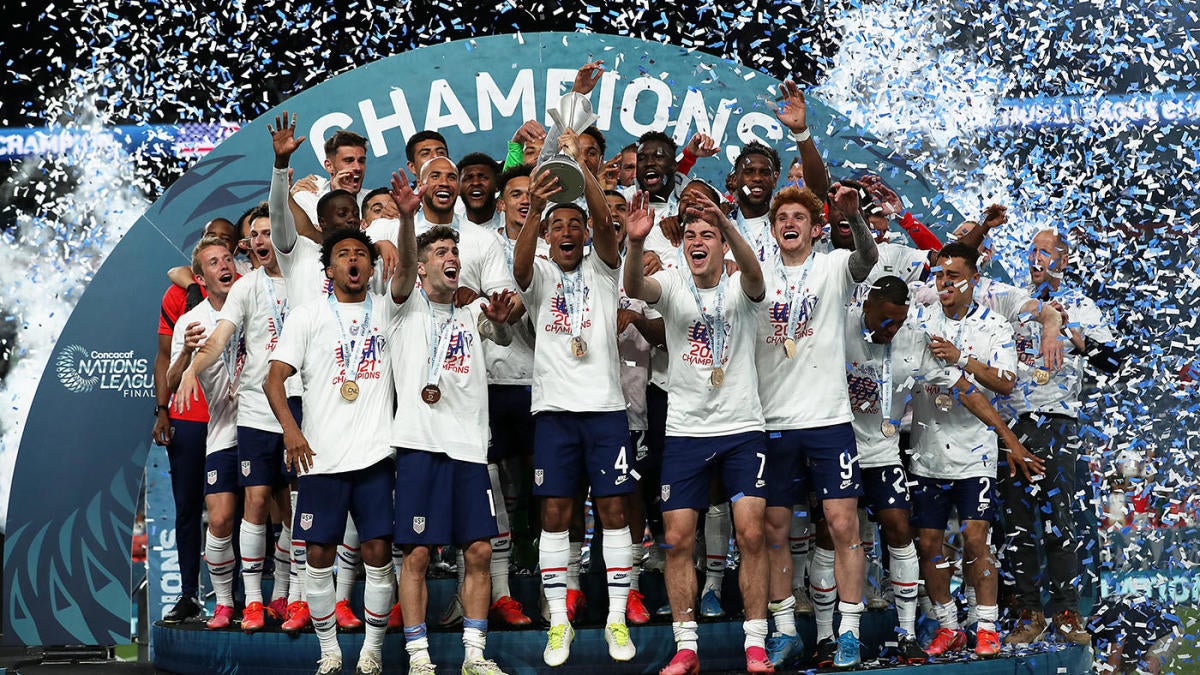 In what may go down as the most exciting game in the rivalry's history, the United States men's national team beat Mexico on Sunday in the Concacaf Nations League final, 3-2 in extra time. The U.S. twice came from behind to draw level before star attacker Christian Pulisic scored the winning penalty kick in the second half of extra time, but it wasn't over there. Mexico was awarded their own penalty kick on a handball in the box, with backup goalkeeper Ethan Horvath, in the match because of an injury to starter Zack Steffen, denying Andres Guardado to secure the title.

Regulation featured a physical, bonkers and sometimes confusing 90 minutes. It took just a minute for El Tri to score through Jesus Corona, capitalizing on an error by Mark McKenzie at the back. But, as the U.S. would do time and time again, they responded.

In the 27th minute, Christian Pulisic sent in a corner kick that Weston McKennie would head off the post, falling right to Gio Reyna for the equalizer. The teams would go back and forth with Mexico looking like the stronger side, and just a minute after Gerard Martino introduced Diego Lainez, the winger scored off a nice move in the box to go up 2-1.

But it was McKennie's aerial ability that would again be key as the Juventus talent skied for a Reyna crosses and headed home at the back post with eight minutes to go in regulation to force extra time.

The extra time was back and forth, it was physical, and it even saw Mexico manager Gerardo Martino showed a red card in addition to players being hit by items thrown from the stands.

After Pulisic won a penalty kick and finished it, it appeared over, but the young Americans were able to hold on, overcome adversity and see Horvath write his name into U.S. Soccer history with an inspiring performance, making save, after save, after save to secure the first-year trophy and build momentum entering next month's Gold Cup.