Stars and Stripes FC
Share on FacebookShare Share on TwitterTweet
It was a lot of things, it was a friendly 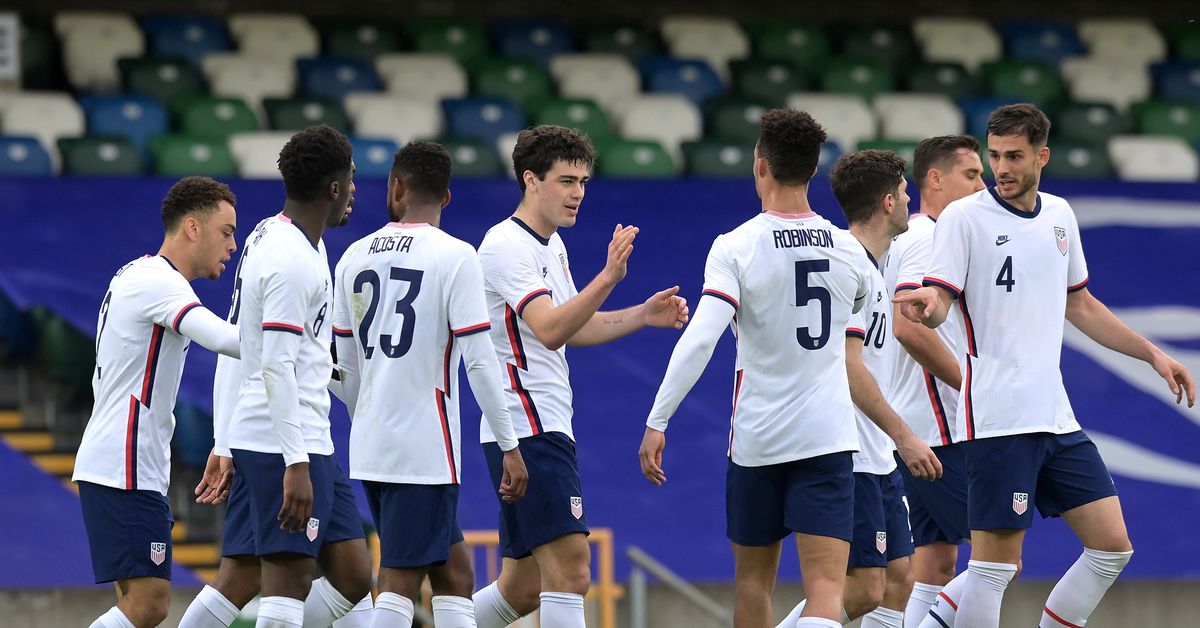 The USMNT followed their convincing win against Jamaica with a less satisfying match against Northern Ireland. The Stars and Stripes lined up in a 3-4-3...5-3-2...3-4-2-1 in a match that featured the debut of Washington, DC native Jordan Siebatcheu at striker flanked by Christian Pulisic and Gio Reyna on the wings.

Either in a commentary about the way the tactics were coached or the way the players were executing them, the overall performance was fairly uneven with the Stars and Stripes looking more like a gathering of individuals rather than a unified collective.

In the end, a goal off of a deflection from Gio Reyna and penalty from Pulisic survived the Northern Ireland counter attacks even with a cracker of a score by winger Niall McGinn brought the final score to 2-1.

Early there were a few bright moments, but if Northern Ireland was supposed to be an easy version of Mexico, they weren’t. This is probably good as they did provide a Concacaf style opponent that the team will need to prepare for. Pulisic and Antonee Robinson did not have the same chemistry on the left that the Chelsea man and Sergino Dest have. Through half an hour, the Northern Irish were hanging with the USA and indeed had some threatening moments as the Americans ha developed a bad habit of giving up free kicks in dangerous areas.

Luckily, and somewhat against the run of play, a Tim Ream restart played short to Gio Reyna in zone 14 led to a shot that went into the Northern Ireland goal off of a deflection in the 31st minute:

Part of the unsteady performance may have been due to Kellyn Acosta’s habit of being dispossessed in the middle of the field giving the Norn Iron a chance to break with speed and numbers. Acosta is still in preseason form and is far from the first choice in central defensive midfield. It showed as he gave away the ball leading to a dangerous counter nearly drawing the game even for the Green and White Army before the half.

The second 45 began and a player that answered the question: What if people had super strong opinions on someone who is pretty decent came on as Sebastian Lletget checked in for Yunus Musah and Dest made way for Bryan Reynolds.

In the 59th minute, Christian Pulisic was trying to create something in the box when he was fouled. Referee Rob Jenkins pointed to the spot, Pulisic stepped up and blasted home his shot with all of the fury of the Red Right Hand.

More subs would come after the goal with Daryl Dike, Brenden Aaronson, and Chris Richards entering the fray for Siebatcheu, Reyna, and Aaron Long respectively. The final sub arrived in the 74th minute with Acosta making way for Luca de la Torre. As the game wound down, Daryl Dike had three dangerous chances for the USA and Sebastian Lletget almost scored his third in two games, but they were just off the mark.

The next goal would come on a world class goal in the 88th minute from Northern Ireland as Niall McGinn redeemed his side’s fairly flat showing with a shot that was perfectly placed above the outstretched arms of Zack Steffen.

Clearly, the game wasn’t as fun or exciting or high flying as the game against Jamaica, the goal from McGinn was nice though - he might have a bright future in MLS if he so chooses. To some extent that’s soccer, but also if Gregg Berhalter wanted to see what a 3-4-3ish 5-3-2ish formation looks like, hopefully that itch has been scratched and does not return.

The game was played on a field as green and somewhat boggy as Ballynagrenia and Ballinderry Bog. After the game, the team no doubt will enjoy Ireland’s most famous export: