'Turner & Hooch' goes to the dogs with a toothless Disney+ revival

CNN
Share on FacebookShare Share on TwitterTweet
Who's a good show? Not "Turner & Hooch," which goes to the dogs in the wrong way, leaving behind a Disney+ series that's basically a remake but tries too hard to position itself as a sort-of revival. 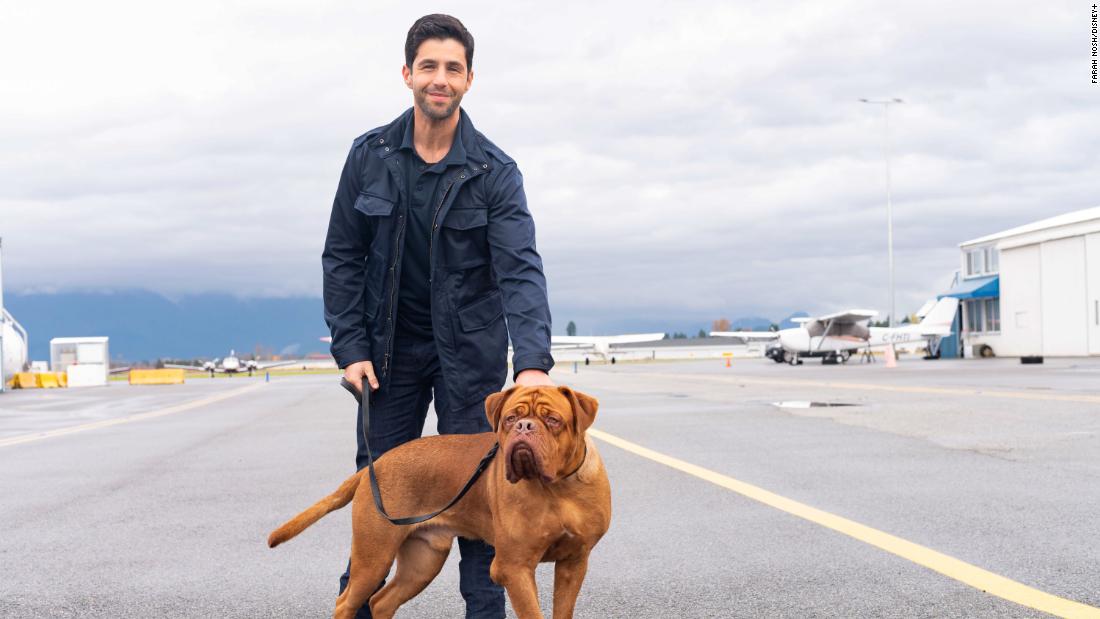 Forging a loose connection to the 1989 movie, the series focuses on Scott Turner ("Drake & Josh's" Josh Peck), a San Francisco-based US Marshal who happens to be the son of the character that Tom Hanks played. But dad, in what amounts to a narratively convenient bummer, recently died, leaving behind a great big rambunctious canine for Scott to take in who is "almost like the original Hooch came back."
Scott, naturally, doesn't want the furry monster destroying his apartment, so the show replicates the same beats as the movie. That also includes Scott meeting a new potential love interest, Erica ("Glee's" Vanessa Lengies), who trains police dogs and is instantly smitten by him, although he's painfully slow to pick up on those cues.
Developed by "Burn Notice" producer Matt Nix working with action director McG, "Turner & Hooch" comes with a fairly prestigious pedigree for such an effort but doesn't manage to do anything really distinctive in the three previewed episodes. In fact, they're pretty much all over the place, including an incongruous "Die Hard" homage, and a semi-serialized mystery that's slow to take shape.
While designed to be somewhat family friendly, the tone proves uneven. Part of that might stem from the thinness of the source material, since the original has its moments but was hardly a classic, so nobody was really howling for this.
Peck is charming enough, but at a certain point watching the lovable French mastiff mess things up or steal a bunch of donuts (being around cops has its advantages on the latter score) can't help but yield diminishing returns, making this feel like a TV series plucked from the days before everyone had cable, much less streaming.
At best, the series adds to a long legacy of marvelous movie/TV mutts (the Disney+ movies "Togo" and "Lady and the Tramp" among them) who don't just hear "Blah blah blah" when people bark orders at them. But even if Hooch sits at attention like a good dog, after a few episodes of "Turner & Hooch," it's hard to share that patience or loyalty.
"Turner & Hooch" premieres July 21 on Disney+.
Similar shots
This week's most popular shots
Topics of the week
Norm Macdonald Michiyo Tsujimura Packers NFL Chicago Bears Cleveland Browns Apple Thursday Night Football NFL scores Patriots
Hot topics