The New York Times
Share on FacebookShare Share on TwitterTweet
In his first public appearance since leaving office, Donald Trump went through, by name, every Republican who supported his second impeachment and called for them to be ousted.
Continue reading the main story

In his first public appearance since leaving office, Donald Trump went through, by name, every Republican who supported his second impeachment and called for them to be ousted. 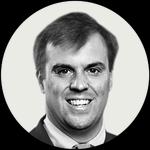 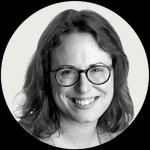 ORLANDO, Fla. — After days of insisting they could paper over their intraparty divisions, Republican lawmakers were met with a grim reminder of the challenge ahead on Sunday when former President Donald J. Trump stood before a conservative conference and ominously listed the names of Republicans he is targeting for defeat.

As Democrats pursue a liberal agenda in Washington, the former president’s grievances over the 2020 election continue to animate much of his party, more than a month after he left office and nearly four months since he lost the election. Many G.O.P. leaders and activists are more focused on litigating false claims about voting fraud in last year’s campaign, assailing the technology companies that deplatformed Mr. Trump and punishing lawmakers who broke with him over his desperate bid to retain power.

In an address on Sunday at the Conservative Political Action Conference in Orlando, his first public appearance since he left the White House, Mr. Trump read a sort of hit list of every congressional Republican who voted to impeach him, all but vowing revenge.

“The RINOs that we’re surrounded with will destroy the Republican Party and the American worker and will destroy our country itself,” he said, a reference to the phrase “Republicans In Name Only,” adding that he would be “actively working to elect strong, tough and smart Republican leaders.”

Mr. Trump took special care to single out Representative Liz Cheney, the third-ranking House Republican, and Senator Mitch McConnell, the minority leader. He called Ms. Cheney “a warmonger” and said her “poll numbers have dropped faster than any human being I’ve ever seen.” Then he falsely claimed he had helped revive Mr. McConnell’s campaign last year in Kentucky.

Ms. Cheney and Mr. McConnell have harshly criticized Mr. Trump over his role in inciting the Capitol riot on Jan. 6, and Ms. Cheney has repeatedly said that the G.O.P. should cut ties with the former president.

With his refusal to concede defeat and his determination to isolate G.O.P. leaders who criticize him, the former president has effectively denied Republicans from engaging in the sort of reckoning that parties traditionally undertake after they lose power.

Even with Democrats controlling Congress and the White House for the first time in over a decade, many of the Republicans who spoke at the conference here said strikingly little about President Biden or the nearly $2 trillion stimulus measure the House passed early Saturday, which congressional Republicans uniformly opposed.

Mr. Trump was the exception, repeatedly taking aim at the Biden administration. “In just one short month, we have gone from America first to America last,” he said, criticizing the new president on issues ranging from immigration to the Iran nuclear deal. “We all knew that the Biden administration was going to be bad, but none of us even imagined just how bad they would be and how far left they would go.”

Yet even as he dutifully read his scripted attacks on his successor, the former president drew louder applause for pledging to purge his Republican antagonists from the party.

Mr. Trump’s attack, and the enthusiastic response to his call for vengeance, illustrated the dilemma Republicans find themselves in.

Mr. Biden does little to energize conservative activists. Indeed, Mr. Trump and other speakers at the event drew more applause for their criticism of Dr. Anthony S. Fauci, Mr. Biden’s chief public health adviser for the virus and a figure of enmity on the far right, than for their attacks on the president.

The attention surrounding Mr. Trump and his potential plans for the future are forestalling a focused attack on Mr. Biden and the Democratic-controlled Congress.

Senator Ted Cruz of Texas, who used his speech on Friday to hail Mr. Trump’s leadership of the party, said in a brief interview that his party’s voters would pivot to the present once Mr. Biden’s agenda became more clear.

“As the American people see the bad ideas that destroy jobs and strip away our liberties, there’s a natural pendulum to politics,” Mr. Cruz said, predicting that Republican activists would “absolutely” pay more attention to the current administration later this year.

Mr. Trump made a specific pitch for people to donate to two committees associated with him, a notable move given that he has been the Republican National Committee’s biggest draw for the last four years. He gave an explicit description of “Trumpism” as a political ideology focused on geopolitical deal-making and immigration restrictions, and painted the Republicans who voted for impeachment as decided outliers in an otherwise united party.

More consequentially for Republicans, the attention-craving Mr. Trump, denied his social media weaponry, knows he can reliably energize the G.O.P. rank-and-file and draw publicity by excoriating his intraparty critics.

In some ways, the former president’s re-emergence at CPAC represented a full-circle moment. He first tested the right’s political waters in 2011 when he appeared at the conference and used his speech to belittle other Republicans and denounce China as a growing power.

To the delight of the party’s current lawmakers, however, Mr. Trump announced on Sunday that he would not create a breakaway right-wing party. “We’re not starting new parties,” he said of an idea he was privately musing about just last month. Less satisfying to many Republican leaders, at least those ready to move on, was the former president’s musing about a potential run in 2024. “Who knows, I may even decide to beat them for a third time,” he said, bringing attendees to their feet.

But that did not stop him from repeatedly, and falsely, claiming in his speech that he had won. After mostly sticking to his prepared text for the first hour of his 90-minute speech — and listing what he said were the accomplishments of his tenure — the former president grew animated and angry as he veered off the teleprompter to vent about his loss.

“The Supreme Court didn’t have the guts or the courage to do anything about it,” Mr. Trump said of a body that includes three of his appointees. He was met with chants of “You won, you won!”

At one point, Mr. Trump did something he never did as president — expressly called on people to take the coronavirus vaccines that he had pressed for and hoped would help him in his re-election effort. But he mocked Mr. Biden for stumbling during a CNN town hall event and attacked him over comments the president made about the limited number of vaccines available when he took office.

At one point, Mr. Trump mocked transgender people who participate in women’s sports. The comments represented a much more forceful attack on transgender people than his remarks while in office, when he placed significant restrictions on L.G.B.T.Q.-related rights.

The former president’s aides had been looking for an opportunity for him to re-emerge and debated whether to put on a rally-type event of their own or take advantage of the forum of CPAC, which relocated to Mr. Trump’s new home state from suburban Washington because Florida has more lenient coronavirus restrictions.

Mr. Trump and his aides worked with him on the speech for several days at his newly built office above the ballroom at Mar-a-Lago, his private club near the Atlantic Ocean. Without his Twitter feed, Mr. Trump has been using specific moments — the death of the radio host Rush Limbaugh and Tiger Woods’s car crash — to inject himself into the news cycle.

Outside prepared statements, though, he has said far less since Jan. 20 about the future of the G.O.P. and his own lingering ambitions.

Interviews at CPAC suggested that a number of conservatives, while still supportive of Mr. Trump, are ambivalent about whether he should run again in 2024. That was borne out in the conference’s straw poll, during which the former president enjoyed overwhelming approval — but also more uncertainty about whether he ought to lead the party in three years.

Thirty-two percent of those who participated in the straw poll — a heavily conservative and self-selecting constituency — said they did not want Mr. Trump to run again or were unsure if he should.

A number of would-be candidates, most notably Gov. Ron DeSantis of Florida and Gov. Kristi Noem of South Dakota, enjoyed rousing receptions at the conference.

Yet Mr. Trump has essentially frozen the field for the moment. And he made clear in his speech that for now, he is serious about a third bid.

This is new territory for Republicans, who were mostly eager to move on from their losing nominees in 2008 and 2012.

For now, though, Mr. Trump and the 2020 election are far more resonant. From the start on Sunday, the crowd provided Mr. Trump with the adulation he craves, chanting, “We love you! We love you!” at one point. And he made clear that he believes that news organizations, and his supporters, still want the sugar high of his appearances.

After stepping up to the lectern, Mr. Trump, gone for just five weeks, asked the room, “Do you miss me yet?”