The New York Times
Share on FacebookShare Share on TwitterTweet
The former president attacked his successor and continued to claim that he won the 2020 election.
Continue reading the main story

The former president attacked his successor and continued to claim that he won the 2020 election. 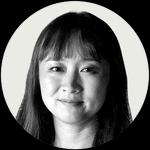 Former President Donald J. Trump, in his first public appearance since leaving the White House, mounted inaccurate attacks against his successor and revived familiar falsehoods in a speech on Sunday at the Conservative Political Action Conference.

In a speech replete with false and misleading claims, Mr. Trump again repeated the lie that he had won the 2020 election, falsely claiming that President Biden and the Democrats had “just lost the White House.”

The figure for the 2020 fiscal year — during which a pandemic began — was the lowest since the 1970s, while the figures for Mr. Trump’s first two years in office were on par with the numbers under President Barack Obama.

“First Fauci said you don’t need masks, no masks, no good. Then all of a sudden, now he wants double masks.”

This is misleading/exaggerated. Initial government guidance on mask-wearing was muddled, but health agencies promoted the practice long before Mr. Biden took office.

The Centers for Disease Control and Prevention said in the early days of the pandemic that it did not recommend that the general public wear masks. Dr. Anthony S. Fauci, the nation’s leading infectious disease specialist, said last March that “there’s no reason to be walking around with a mask,” because it could lead to shortages for health care workers, but he was “not against” the practice.

But by April, when the virus had spread more rapidly across the country, Dr. Fauci and the C.D.C. had begun to encourage wearing cloth masks. (Mr. Trump, meanwhile, eschewed wearing a mask and mocked Mr. Biden for doing so into the fall.)

Dr. Fauci has previously said that Mr. Trump misrepresented his remarks, noting that he had been consistently “begging” people to wear masks for months.

“He has effectively ordered a shutdown of ICE, halting virtually all deportations. Everyone, murderers, everybody.”

False. The Biden administration ordered a 100-day pause on deportations, but it did not apply to “murderers” and everybody. In a memo in February, Immigration and Customs Enforcement said it would “focus the agency’s civil immigration enforcement and removal resources on threats to national security, border security and public safety.” That would include anyone convicted of an aggravated felony, such as murder.

Moreover, deporting immigrants is not the agency’s sole function. As ICE has scaled back removal operations, it has continued to conduct investigations into other illegal activity.

“Border security is just one of the many issues on which the new administration has already betrayed the American people. He didn’t talk about this stuff. I debated him. He wasn’t talking about this. He wasn’t — what he signed with those executive orders, they weren’t things that were discussed.”

This is misleading. Immigration policy was briefly discussed during the second presidential debate. Mr. Biden was not asked about and did not mention most of his proposals, but Mr. Trump is wrong that Mr. Biden’s immigration executive orders are a surprise. In fact, Mr. Trump explicitly criticized and ran ads attacking those very proposals.

Mr. Trump repeatedly warned of — and often mischaracterized — Mr. Biden’s plans to increase refugee admissions, place a moratorium on deportations and create a pathway to citizenship for unauthorized immigrants.

“And when I asked the questions on television, on the debate, Chris Wallace in this case and others refused to let him answer.”

This is misleading. During the first presidential debate, Mr. Trump repeatedly interrupted Mr. Wallace, the Fox News anchor and moderator, to ask Mr. Biden questions, and then repeatedly interrupted Mr. Biden as he tried to answer them — prompting Mr. Wallace to intervene in several instances. But none of those questions were about immigration policy.

Mr. Trump interrupted to ask Mr. Biden about Roe v. Wade; whether he agreed with Senator Bernie Sanders of Vermont on health care; whether he was in “favor of law and order”; and about packing the Supreme Court, the H1N1 flu pandemic and his son Hunter. Mr. Biden made an attempt to answer all those questions.

“With me at the top of the ticket, not a single Republican member of Congress lost their race for the first time in decades.”

Curious about the accuracy of a claim? Email factcheck@nytimes.com.