Can Donald Trump Run for President Again If He Broke This Law?

The New York Times
Share on FacebookShare Share on TwitterTweet
An obscure criminal law bars the removal of official records, on penalty of disqualification from holding any federal office. But it may not play out that way.
#masthead-section-label, #masthead-bar-one { display: none }
F.B.I. Searches Trump’s Home
Continue reading the main story
F.B.I. Searches Trump's Home
If Trump broke a law on the removal of official records, would he be barred from future office? 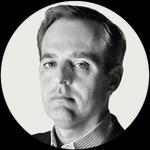 Early reports that the F.B.I. search of former President Donald J. Trump’s residence in Florida related to an investigation into whether he had unlawfully taken government files when he left the White House focused attention on an obscure criminal law barring removal of official records. The penalties for breaking that law include disqualification from holding any federal office.

Because Mr. Trump is widely believed to be preparing to run for president again in 2024, that unusual penalty raised the prospect that he might be legally barred from returning to the White House.

Specifically, the law in question — Section 2071 of Title 18 of the United States Code — makes it a crime if someone who has custody of government documents or records “willfully and unlawfully conceals, removes, mutilates, obliterates, falsifies or destroys” them.

If convicted, defendants can be fined or sentenced to prison for up to three years. In addition, the statute says, if they are currently in a federal office, they “shall forfeit” that office, and they shall “be disqualified from holding any office under the United States.”

On its face, then, if Mr. Trump were to be charged and convicted of removing, concealing or destroying government records under that law, he would seem to be ineligible to become president again.

But there was reason for caution: The law briefly received a close look in 2015, after it came to light that Hillary Clinton, then widely anticipated to be the 2016 Democratic presidential nominee, had used a private email server to conduct government business while secretary of state.

Some Republicans were briefly entranced with whether the law could keep Mrs. Clinton out of the White House, including Michael Mukasey, a former attorney general in the administration of George W. Bush. So was at least one conservative think tank.

But in considering that situation, several legal scholars — including Seth B. Tillman of Maynouth University in Ireland and Eugene Volokh of the University of California, Los Angeles — noted that the Constitution sets eligibility criteria for who can be president, and argued that Supreme Court rulings suggest Congress cannot alter them. The Constitution allows Congress to disqualify people from holding office in impeachment proceedings, but grants no such power for ordinary criminal law.

Mr. Volokh later reported on his blog that Mr. Mukasey — who is also a former federal judge — wrote that “upon reflection,” Mr. Mukasey had been mistaken and Mr. Tillman’s analysis was “spot on.” (Mrs. Clinton was never charged with any crime related to her use of the server.)

On Monday, one of the most prominent voices pointing to Section 2071, the Democratic lawyer Marc Elias — who served as general counsel for Mrs. Clinton’s campaign — initially cited the law’s disqualification provision in a Twitter post as “the really, really big reason why the raid today is a potential blockbuster in American politics.”

He followed up with another Twitter post acknowledging that any conviction under Section 2071 might not ultimately bar Mr. Trump from seeking the presidency again — but arguing that a legal fight over it would still be important.

“Yes, I recognize the legal challenge that application of this law to a president would garner (since qualifications are set in Constitution),” he wrote. “But the idea that a candidate would have to litigate this is during a campaign is in my view a ‘blockbuster in American politics.’”