Tornado watch issued for much of Upstate New York 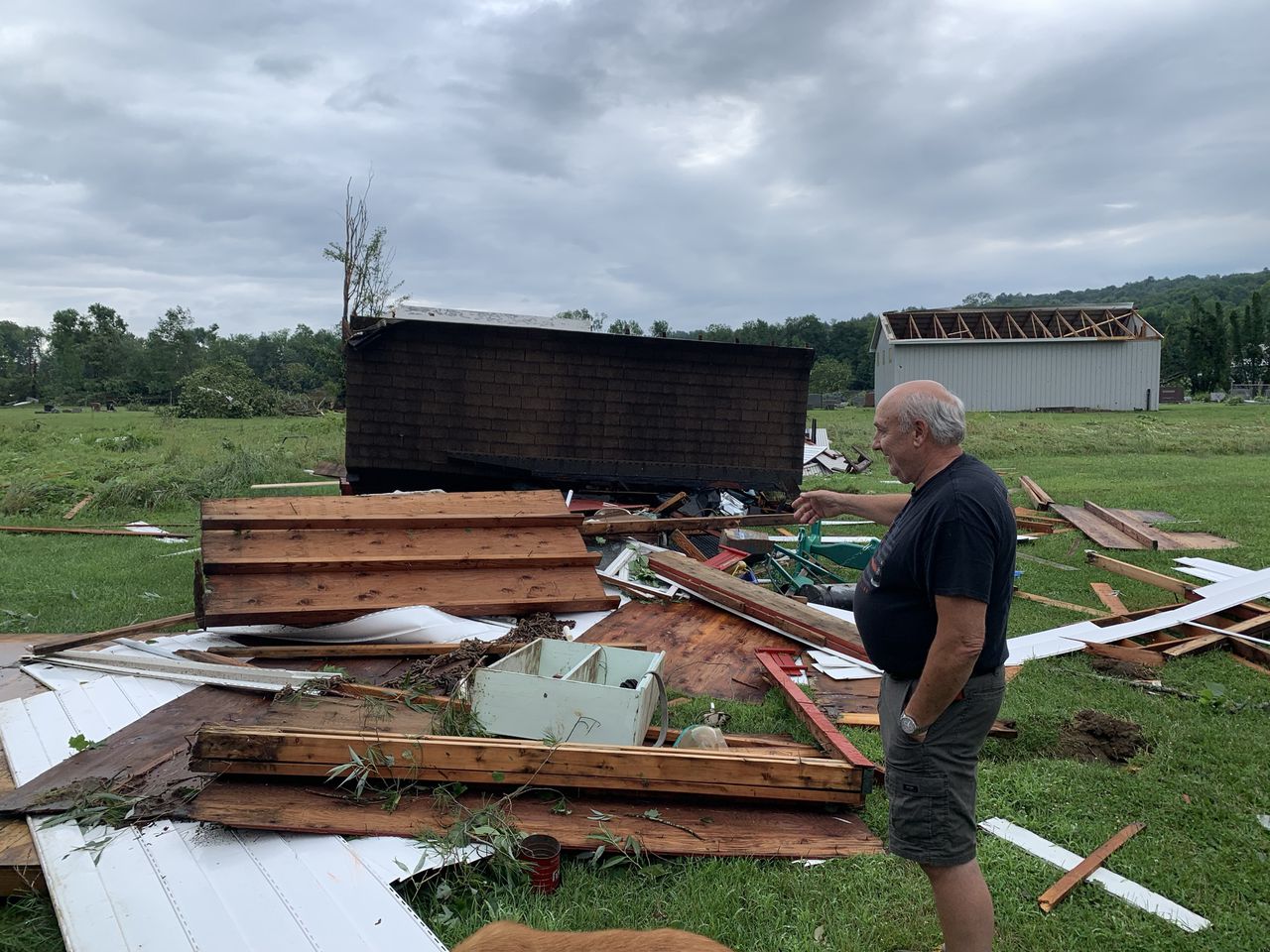 Syracuse, N.Y. -- A tornado watch has been issued for much of Upstate New York through 11 p.m. today.

The National Weather Service said a few tornadoes are possible as severe storms bring damaging winds and large hail. In addition to the tornado watch, a severe thunderstorm warnings are in effect for several areas, including northern Onondaga County, for winds of up to 60 mph and hail the size of golf balls.

A tornado watch means that conditions are favorable for the development of tornadoes. A tornado warning means a tornado has been spotted or is imminent.

The weather service said wind gusts of 70 mph and hail as big as 2 inches of diameter are possible in the watch area, which extends from the southern Pennsylvania to the Adirondacks. The storms could also drop a half-inch or more of rain and bring strong bursts of lightning.

The odds of damaging thunderstorms has jumped to about 30%.

You can keep up-to-date on the progress of the storm at the weather service’s Binghamton office, which forecasts for Central New York, the Finger Lakes and Southern Tier.

Generating the storms will be the collision of a massive dome of heat that has spread across the Midwest and Southeast with a cold front barreling down from the Canadian plains. While the worst of the heat will remain to our south and southwest today, the edge of it will push temperatures into the high 80s today. Rising humidity will create a heat index of close to 100 degrees, prompting the weather service to issue a heat advisory for Western New York through Cayuga County.

Several tornadoes struck Central New York last summer. One tornado uprooted big trees in Ithaca’s Stewart Park in June 202. Another destroyed a 170-year-old farmhouse in the Oneida County town of Lee that same month, and a third did extensive damage in the town of Western, just north of Rome, in early July.