NFL.com
Share on FacebookShare Share on TwitterTweet
Not only did Leonard Fournette power the Bucs to a 38-31 road win in Indianapolis, but he also juiced-up a lifeless club that trailed by double digits at halftime with a rousing speech. 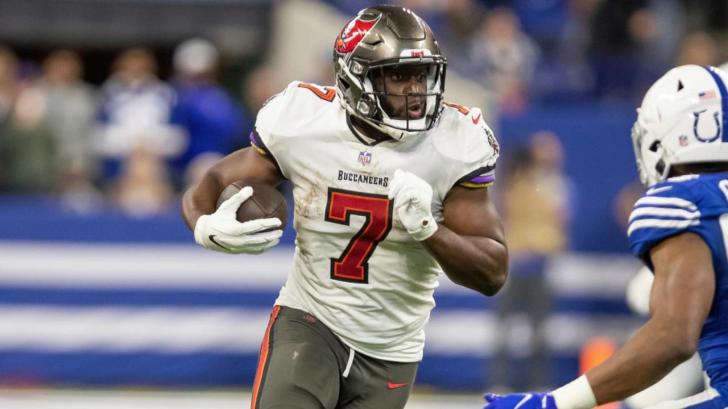 You can add "Locker room Lenny" to the burgeoning list of monikers for Tampa Bay Buccaneers running back Leonard Fournette﻿.

Not only did the former first-round pick power the Bucs to a 38-31 road win in Indianapolis, but he also juiced up a lifeless club that trailed by double-digits at halftime. Fournette gave a rousing halftime speech that fired up the Super Bowl champs.

They weren't just words for the artist known as "Playoff Lenny" and "Super Bowl Lenny." The Bucs' top back also put them into action, rushing for 100 yards and three rushing scores on 17 carries and adding another TD and 31 yards on seven catches.

The four scrimmage TDs were a career-high for Fournette, who already has more TDs (8) this season than he did in all of 2020 (6).

The Bucs trailed 24-14 at halftime after a listless offensive performance.

"You could tell the mood -- people's energy was down. And it wasn't like we [were] out there getting our asses whooped. It's just the little things separating us to win the game from them," Fournette said. "So just trying to boost everybody coming out. And thank God it worked."

Back-to-back turnovers forced by the defense and capitalized on by Tampa's offense for TDs flipped the script in the third quarter. And after a muffed Colts punt turned into a field goal, the 10-point halftime deficit turned into a seven-point lead early in the fourth quarter.

Teammates agreed that Fournette's halftime speech helped get them in gear.