The Pewter Plank
Share on FacebookShare Share on TwitterTweet
The Tampa Bay Buccaneers and Indianapolis Colts played a game Sunday afternoon worthy of two teams hoping to do major damage in the postseason. It was nip ... 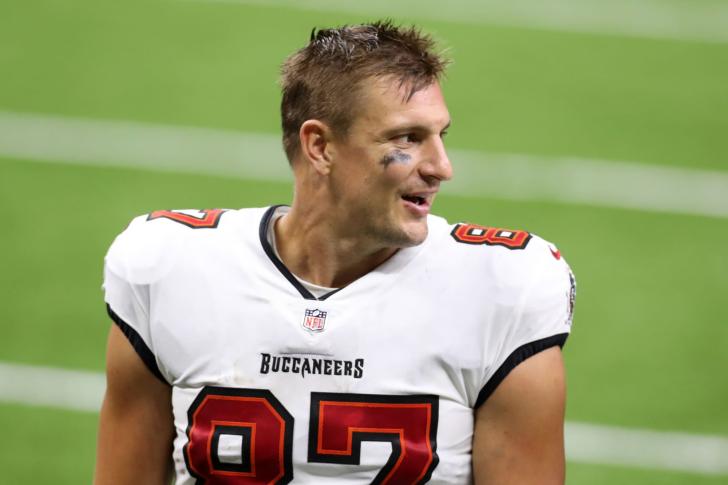 The Tampa Bay Buccaneers and Indianapolis Colts played a game Sunday afternoon worthy of two teams hoping to do major damage in the postseason. It was nip and tuck throughout with both teams having leads then watching the opposition fight back. Ultimately, the Bucs outlasted their gritty AFC South opponents 38-31 to improve to 8-3 on the season.

The stars of the game for Tampa Bay were many, but a few stood out.  First and foremost was starting running back Leonard Fournette, who reminded the rest of the NFL what Playoff (and Super Bowl) Lenny is all about.

Fournette simply did it all at Lucas Oil Stadium with 4 total touchdowns. He caught seven passes for 31 yards, including a 4-yard touchdown catch in the second quarter. That was just the icing, however.

The cake was Lenny on the ground. He carried the ball 17 times for 100 yards and three end zone visits. That included his 28-yard dash with 20 seconds remaining that was the game winning score.

While Tom Brady was fairly pedestrian for his standards throwing, there was still a stalwart in the air and one Brady knows very well. It was welcome back Rob Gronkowski today, and he showed why he may very well be the best overall weapon there has ever been at the position.

Gronk had seven catches for 123 yards and was there for Brady all day, making plays and moving the chains. Gronk also opened major holes as a blocker that allowed the Bucs to compile 142 yards on the ground.

A third star or stars shows that a win in the NFL is a total team effort. Between the defense and special teams, the Bucs forced 5 turnovers overall, which went a long way in allowing them to overcome a 24-14 3rd Quarter deficit.

A timely strip sack and fumble recovery on quarterback Carson Wentz by Shaq Barrett in the 3rd began the comeback. The Bucs also received a big recovery of a fumbled punt by receiver Scotty Miller, and a huge interception by safety Antoine Winfield, Jr. Former Colts Cornerback Pierre Desir fittingly ended the game by intercepting Wentz on the game’s final play.