He Said What? VIRAL Clip Of Devin Booker-Luka Doncic Banter During Game 5

Sports Illustrated
Share on FacebookShare Share on TwitterTweet
Luka Doncic and Devin Booker had a moment during Game 5 that is going viral on Twitter. Booker and the Phoenix Suns lead the series 3-2 against the Dallas Mavericks. 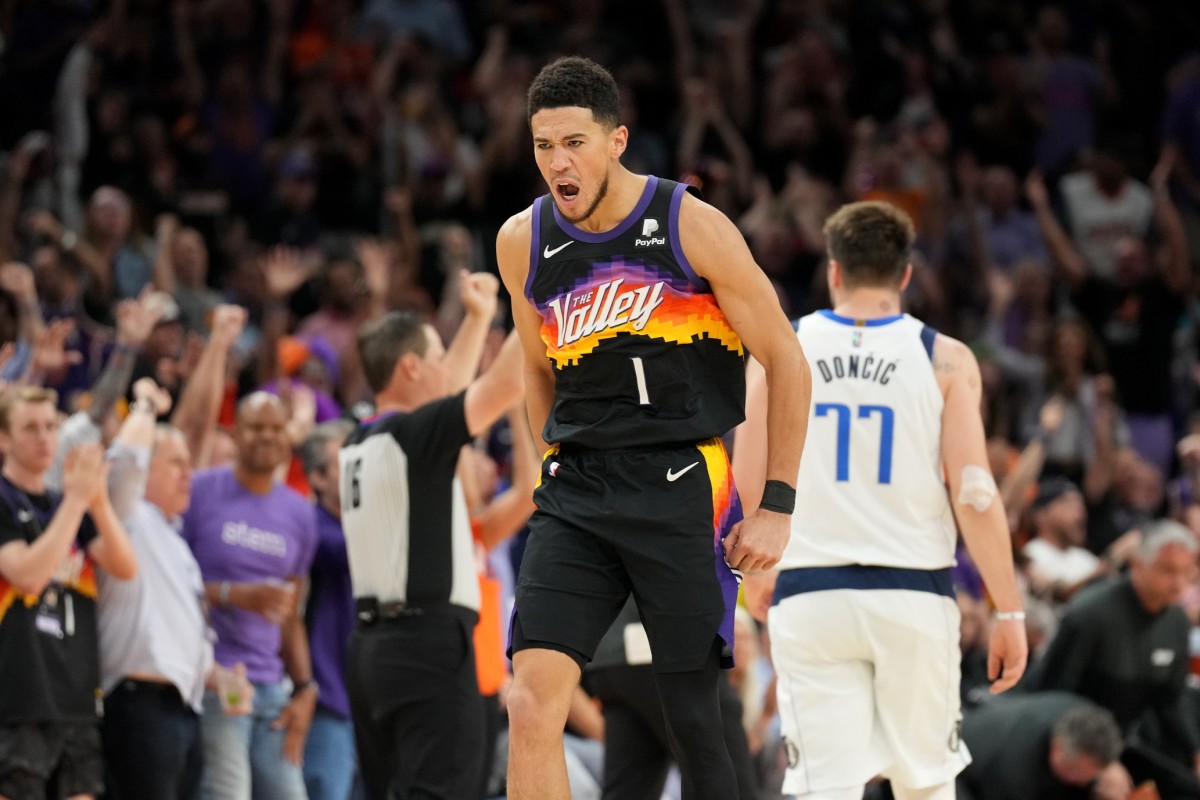 The Phoenix Suns crushed the Dallas Mavericks by a score of 110-80 on Tuesday night to take a 3-2 lead in their second-round playoff series.

The series has been an exciting one that has been all over the place, because both teams have looked absolutely dominant at home and very weak on the road.

The Suns had been coming off losing back-to-back games in Dallas over the weekend, but then blew out the Mavs by 30 at home on Tuesday night.

The series is featuring two of the most popular young stars in the NBA (Devin Booker and Luka Doncic) and during the game there was some banter between them that is going very viral on Twitter.

Booker took the ball from Doncic during a stoppage in play, and Doncic was seen using some profane words.

The video, which was posted by Kendal Wheeler, has nearly three million views on Twitter in less than 24 hours.

Game 6 will be in Dallas on Thursday night where the Mavs can force a Game 7 back in Arizona.

A win for the Suns advances them to their second straight Western Conference Finals.