CNN
Share on FacebookShare Share on TwitterTweet
Storm Ciara caused hundreds of flights across Europe to be canceled on Sunday -- the same day that its winds helped a British Airways plane to make the fastest-ever subsonic flight from New York to London.
Two of Europe's busiest airports -- one in Frankfurt, Germany, the other in Amsterdam, Netherlands -- each grounded more than 100 flights due to the storm.
Hans van Kastel, a spokesman for Schiphol airport in Amsterdam, told CNN that 120 flights were affected by the storm.
At least 135 flights were also canceled at Frankfurt am Main airport, according to a spokeswoman.
In Britain, a spokeswoman for Heathrow, the country's largest airport, could not confirm the number of flights affected, but expected the disruption to last throughout Sunday.
"To minimize the number of flights canceled at short notice, we took the joint decision, alongside our airline and air traffic partners, to preemptively consolidate today's schedule," Heathrow spokeswoman Paloma Aguilar Gilks told CNN. 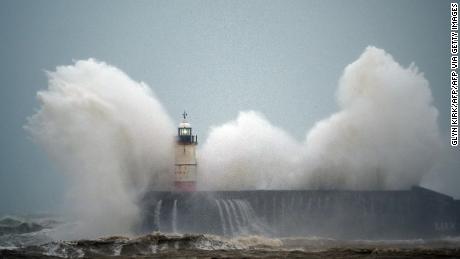 "We regret any disruption caused and remain focused on getting passengers away safely and as quickly as possible."
Despite the storm's severity, Charles de Gaulle airport in Paris has not yet experienced any delays, a spokesman told CNN -- before adding that flights may be disrupted in the evening.
Earlier on Sunday, a British Airways Boeing 747 clocked the fastest flight from New York to London -- taking just four hours and 56 minutes to complete the journey.
The average time taken to travel by plane from New York to London is six hours and 13 minutes, according to Flightradar24, an online flight-tracking service.
Two other flights operated by Virgin over the same route were only minutes slower than the BA flight. They both landed in London within half an hour of the BA plane.
Helped by high wind speeds caused by Storm Ciara, all three comfortably beat the previous record of five hours and 13 minutes, which was set by Norwegian two years ago. 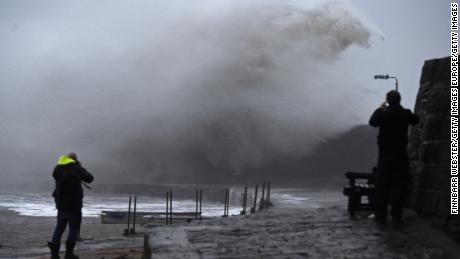 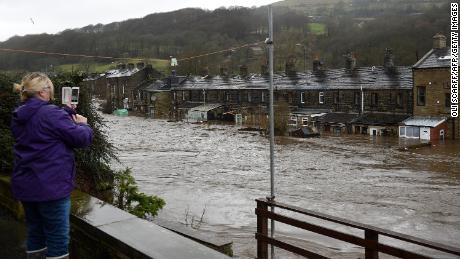 Travel warnings have been issued across the UK by the British Meteorological Office, with heavy winds expected in much of England and Wales throughout Sunday.
The UK Government flood warning service issued a severe flood warning, indicating "danger to life," on Sunday at 3 p.m. GMT (10 a.m. ET) after the River Irwell in northwest England flooded its banks.
The government service has announced a total of 248 flood warnings, meaning flooding is expected, throughout the country.
As well as causing travel disruption across the UK, Storm Ciara has led to the cancellation of sporting events -- including an English Premier League match between the soccer teams Manchester City and West Ham United.
"Due to extreme and escalating weather conditions and in the interests of supporter and staff safety, today's @premierleague match against West Ham has been postponed," Manchester City tweeted on its official account.
Similar shots
This week's most popular shots
Topics of the week
Zoom Joe Diffie Easter 2020 Jamal Murray Prince Charles Rand Paul Hantavirus Mark Blum Ohio stay-at-home order John Prine
Hot topics