NFL.com
Share on FacebookShare Share on TwitterTweet
Steelers quarterback Mitchell Trubisky has been the leader in the clubhouse all along for the starting QB job and did nothing to lose that standing Sunday, but head coach Mike Tomlin still intends to wait to name a starter. 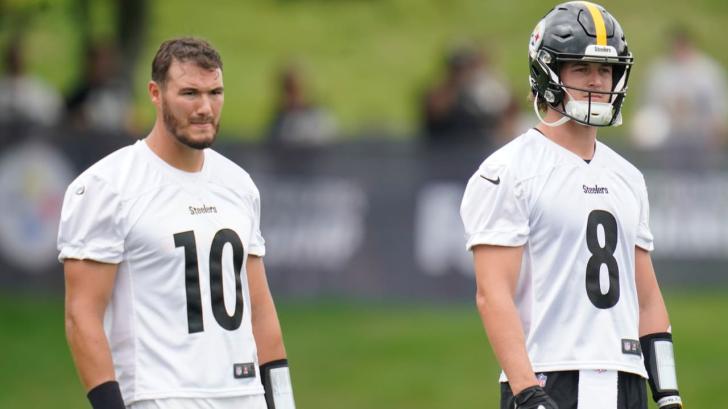 The presumption heading into preseason action suggested the Pittsburgh Steelers' starting quarterback job was Mitchell Trubisky's to lose. He did not lose it.

Trubisky looked solid in all three of his exhibition appearances and was sensational Sunday in the 19-9 preseason-finale win over Detroit. Playing the first half, Trubisky went 15-of-19 for 160 yards and a TD for a 119.3 rating.

The former Bears first-round pick led four scoring drives on six possessions despite some awful offensive line play in front of him.

Following the performance, the resounding belief is that Trubisky did nothing to lose the starting gig and should open the season on the field, with first-round rookie Kenny Pickett waiting at least a spell for his shot.

Following the win, however, Mike Tomlin wasn't ready to name his starter.

"I might, but you're not going to have that today," Tomlin said, via the team's official website. "Like I told you guys the other week, we're not going to make knee-jerk reactions and statements following a performance. We'll go through our proper, professional procedure. We'll evaluate the game. We'll meet with our front office people. We'll have discussions. We'll talk internally. We'll talk external possibilities.

"We'll go through our normal procedure this time of year, and we'll disclose it to you at our leisure, to be quite honest with you."

It provides Tomlin no benefit to name his Week 1 starter immediately following the end of the preseason, particularly if it's Trubisky.

The best news for the Steelers is all three quarterbacks looked good during the preseason despite offensive line issues. But given Trubisky's play and the fact that he's taken the No. 1 reps all of training camp, it would be a surprise if he didn't do enough to be the man under center when Pittsburgh opens the season against Cincinnati in 13 days.