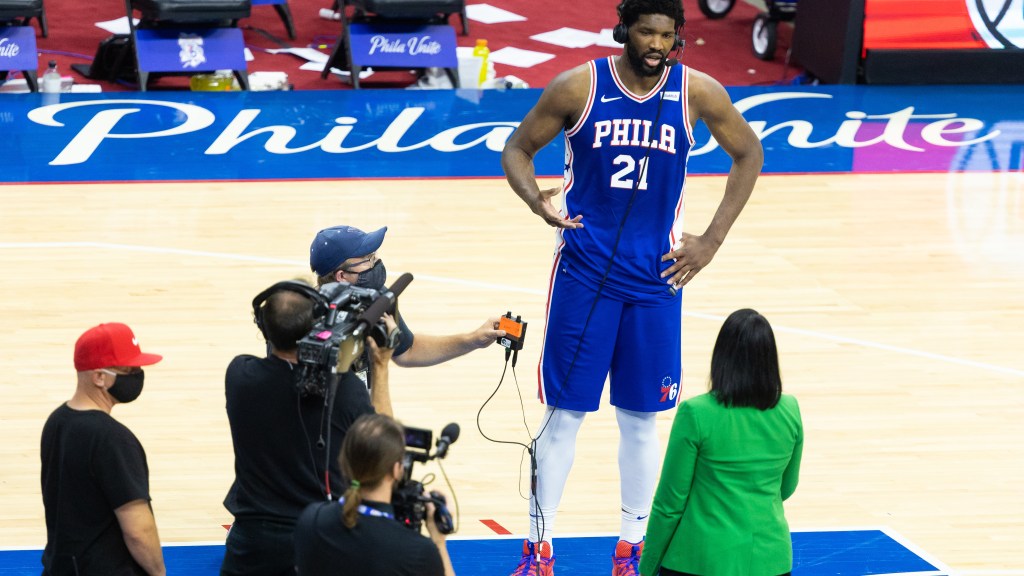 Philadelphia 76ers big man Joel Embiid had himself an incredible season out on the floor in the 2020-21 season. He played through a lot of adversity and some injuries to average 28.5 points and 10.6 rebounds while the Sixers to a 49-23 record and the No. 1 seed in the East. It was a reason why he was named an MVP finalist.

Unfortunately for him, he came up short in the voting. The award went to Denver Nuggets star Nikola Jokic who played all 72 games and he put up similar numbers to lead the Nuggets to the No. 3 seed in the West.

The news seemed to fuel Embiid who went off for 40 points and 13 rebounds to lead the Sixers to a Game 2 win over the Atlanta Hawks, but he also understands that there are bigger things to play for.

“There’s only some things I can control,” said Embiid after the win. “Obviously, we as a team we had a good year and I was a part of it. It’s disappointing because as a player, you worked hard for moments like this, but then again, it’s out of my control. There’s nothing I can do about it. I just got to come out every year, and just be ready and do my job.”

The Sixers have a goal of winning a championship and that goal is very much attainable as the postseason goes on. Philadelphia will need him to remain focused and realize that he can still win an MVP, the Finals MVP.

Joel Embiid on finishing second for MVP: “It’s disappointing because as a player you work hard for moments like this, but then again it’s out of my control… I’m focused on the playoffs and winning the championship. We’ve got a good chance, so I’m not worried about those awards" pic.twitter.com/Ft9Ov9unC3

“We’re not really worried about that,” said Tobias Harris. “Jokic had a great year. Congrats on MVP for him. Joel Embiid has had a great year, he’s been the MVP for our team. Obviously, there was a period of time where he didn’t play X amount of games. I think that played a factor into it, but we get to the Finals and that’s the goal for our team. Go get the MVP there so that’s just our mentality. We don’t only focus on those things anymore.”

Embiid has always stated that he wants to win a championship. That goal is still there for the taking. He now just has to use this as fuel to get him going for the future.

“I’m focused on the playoffs, focused on winning the championship,” Embiid finished. “I’ve been saying all season we got a good chance, so I’m not worried about those awards and stuff. If and when I’m holding that trophy, anything else won’t matter.”

With the series now tied 1-1, the scene now shifts to Atlanta for Game 3 on Friday.