Russell Westbrook on popcorn-throwing Sixers fan: 'This s*** is out of hand'

The Athletic
Share on FacebookShare Share on TwitterTweet
In the fourth quarter of the Philadelphia 76ers' 120-95 win against the Washington Wizards on Wednesday, a fan at the Wells Fargo Center threw popcorn... 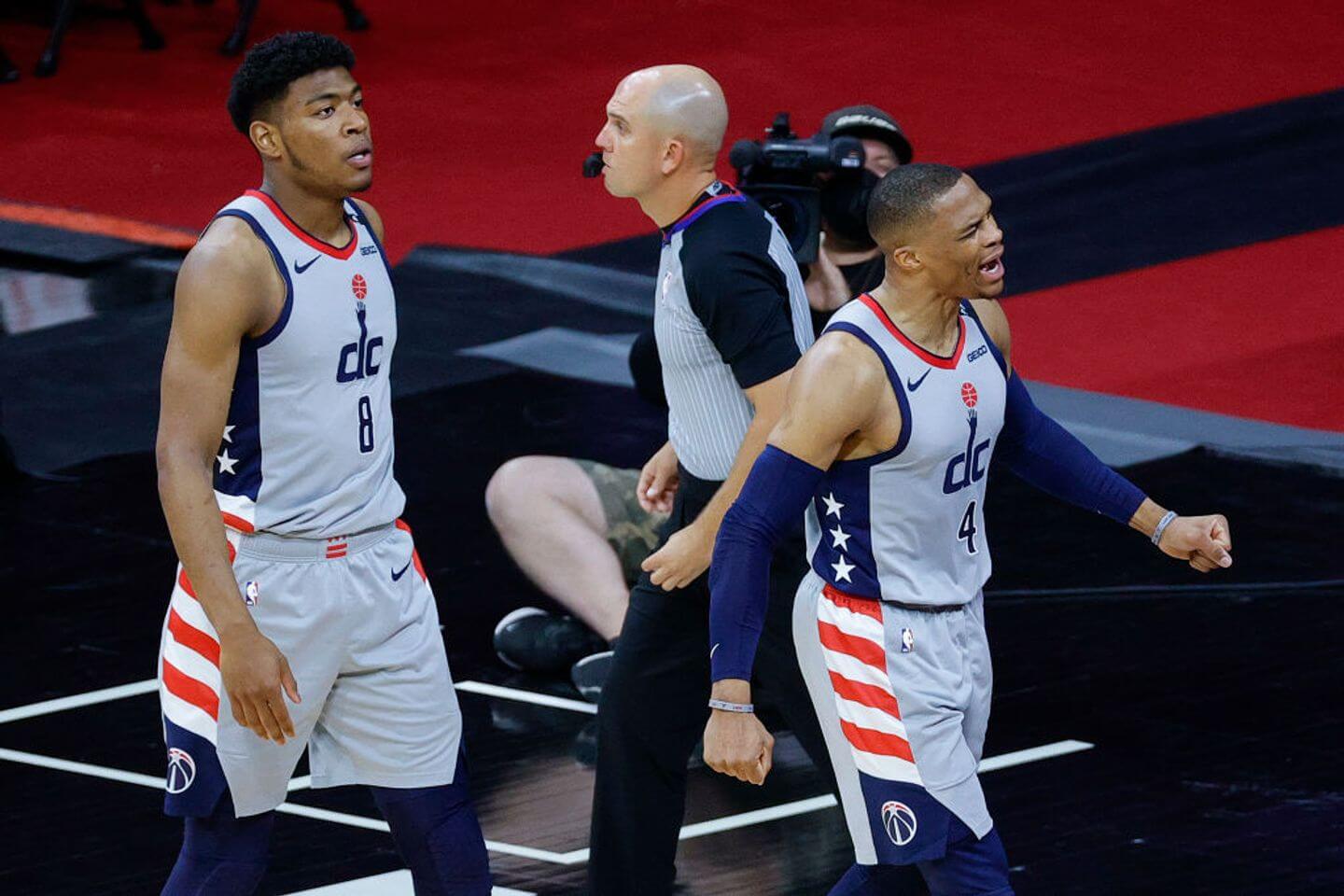 In the fourth quarter of the Philadelphia 76ers' 120-95 win against the Washington Wizards on Wednesday, a fan at the Wells Fargo Center threw popcorn on Wizards guard Russell Westbrook.

With the Sixers leading 98-81 with 10:28 left, Westbrook was limping back to the locker room after suffering an apparent ankle injury. Upon entering the tunnel, a fan seated above poured popcorn down on Westbrook. Security guards and Wizards staff members restrained Westbrook from going after the fan.

In postgame, Westbrook said "this shit is out of hand."

"I wouldn’t come up to me on the street and throw popcorn on my head, because you know what happens," Westbrook said. "In these arenas, you gotta start protecting the players. We’ll see what the NBA does."

Los Angeles Lakers forward LeBron James, who played with Westbrook at the 2012 Olympics, tweeted in support of the nine-time All-Star.

"WE AS THE PLAYERS wanna see who threw that popcorn on Russ while he was leaving the game tonight with a injury!" James said. "There’s cameras all over arenas so there’s no excuse." He finished his tweet by saying "#ProtectOurPlayers."

Westbrook finished the game with 10 points, 11 assists and six rebounds before having to leave with his injury. The Sixers are taking a 2-0 series lead to Washington D.C., where Game 3 will be May 29.

Valerie Camillo, the President of Business Operations for the Wells Fargo Center, issued a statement after the game.

"This was classless, unacceptable behavior and we're not going to tolerate it," Camillo said. "We're proud to have the most passionate fans in the country and the best home-court and home-ice advantage around, but this type of behavior has no place in our arena."

Wizards coach Scott Brooks said that he was unaware of the popcorn-incident until postgame.

“Hopefully the kid or the person is banned from the league,” Brooks said. "That’s unacceptable. They wouldn’t do that down the street.

“Philadelphia is better than that.”