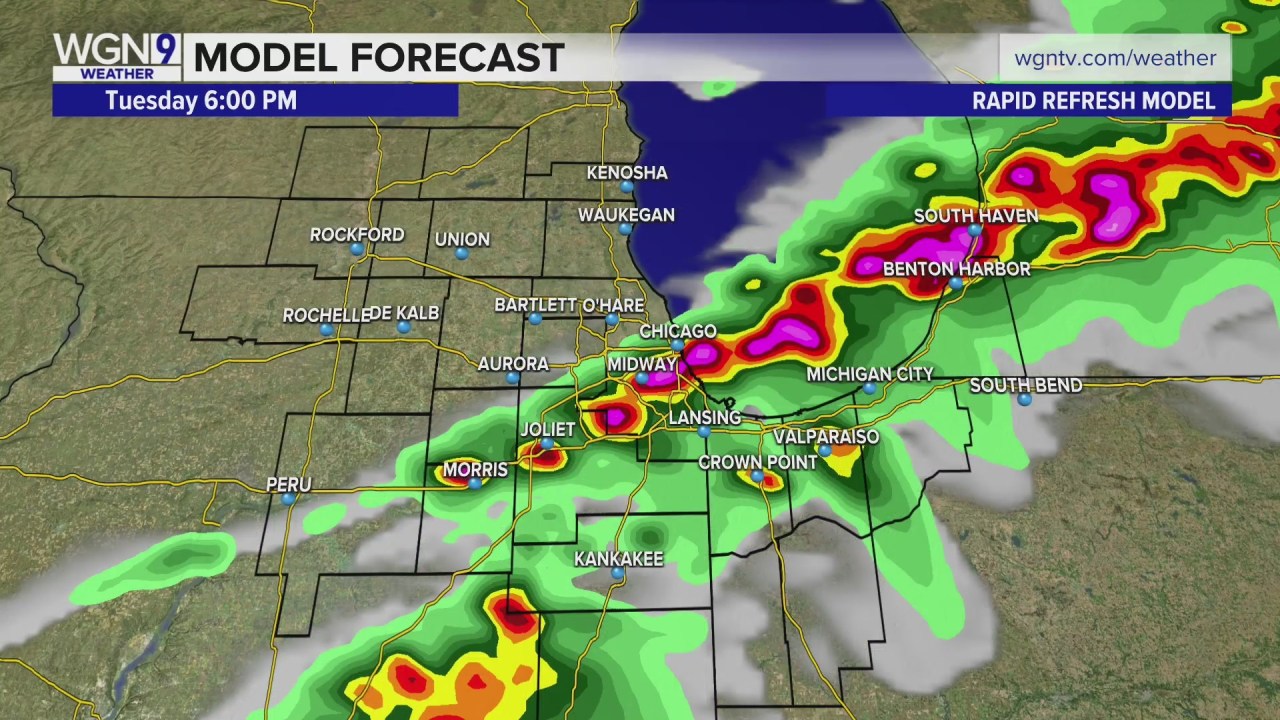 CHICAGO — A cold front will usher in strong to severe thunderstorms Tuesday afternoon and early evening.

A number of severe watches and warnings have been issued due to the incoming storm system, bringing the potential for damaging hail and winds.

A Severe Thunderstorm Warning is issued for Northern Cook County until 2:30 p.m. with 70mph winds and half-dollar sized hail possible.

A Severe Thunderstorm Watch has been issued for all of northeast Illinois and northwest Indiana until 9 p.m.

A Severe Thunderstorm Watch has been issued for the Kenosha area until 6 p.m.

The Chicago area should be on the look-out for these storms between 3-8pm.

The beach hazards statement issued Tuesday is in effect through 1 p.m. Wednesday. The system is also expected to drop the temperature as it moves into the area to a low of 59 degrees.