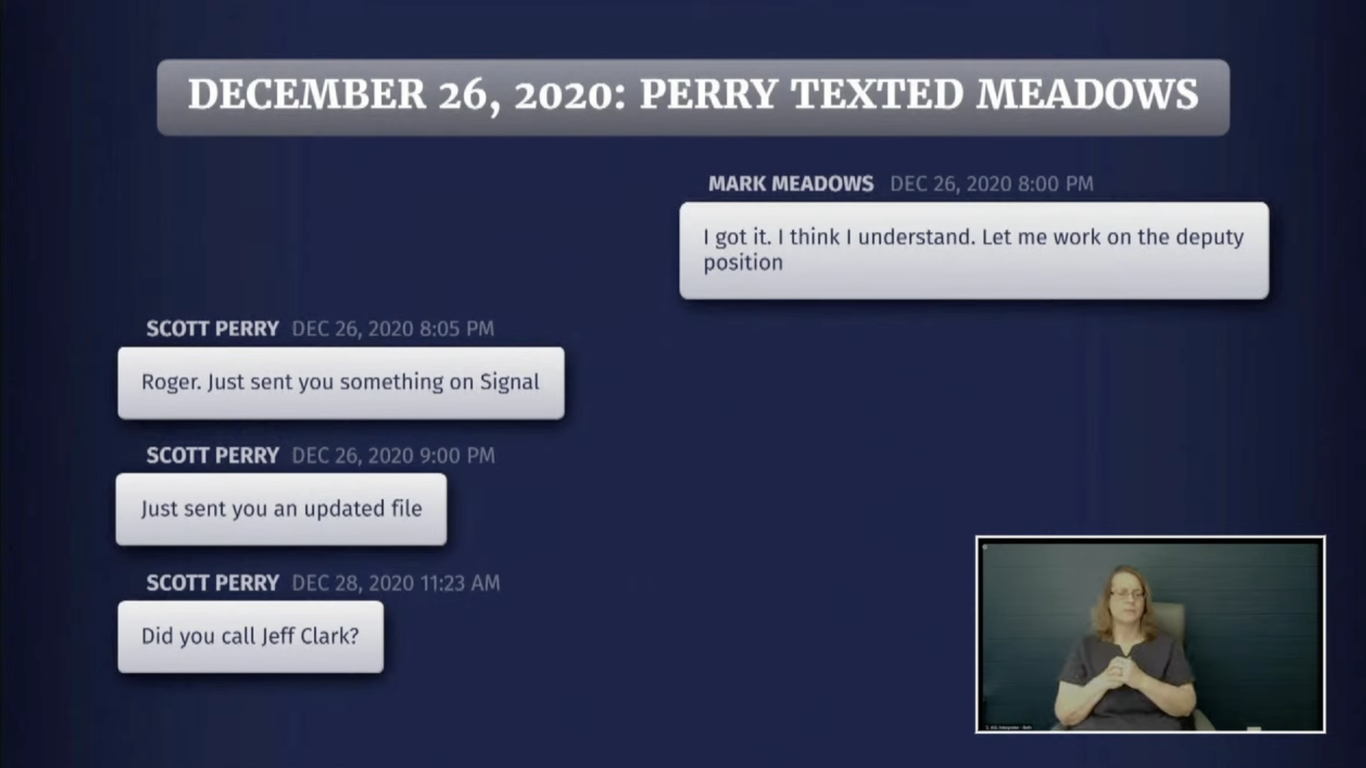 The Jan. 6 select committee on Thursday unveiled new information about House Republicans' involvement in former President Trump's efforts to shake up the Department of Justice and force them to investigate his false election fraud claims.

Why it matters: The panel revealed how one member in particular, Rep. Scott Perry (R-Pa.), served as a go-between for DOJ official Jeffrey Clark and the White House.

Driving the news: Perry texted White House Chief of Staff Mark Meadows on Dec. 26 encouraging him to "call Jeff" about why the DOJ wouldn't "work especially with the FBI ... to enforce what needs to be done."

What they're saying: In live testimony to the committee, former acting Deputy Attorney General Richard Donohue said Trump told him to "just say the election was corrupt and leave the rest to me and the Republican congressmen."

What to watch: The panel will play testimony from former Trump aides identifying which members of Congress sought presidential pardons after Jan. 6, according to Committee Vice Chair Liz Cheney (R-Wyo.).