MLB.com
Share on FacebookShare Share on TwitterTweet
The Mariners are finalizing a five-year, $115 million contract with reigning American League Cy Young Award winner Robbie Ray, a source told MLB.com on Monday -- an acquisition that represents a huge boost to Seattle’s rotation and firmly signals that t 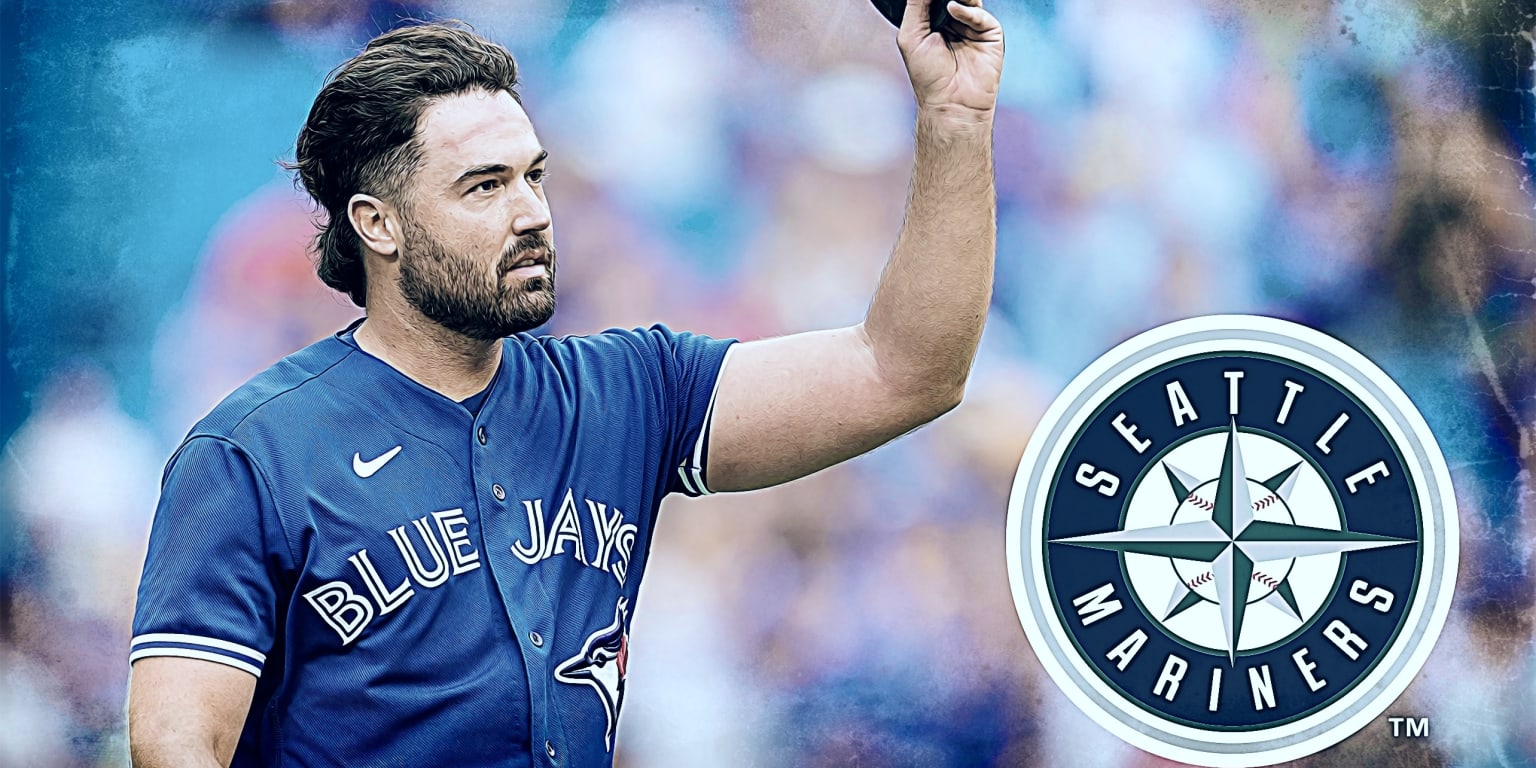 The Mariners are finalizing a five-year, $115 million contract with reigning American League Cy Young Award winner Robbie Ray, a source told MLB.com on Monday -- an acquisition that represents a huge boost to Seattle’s rotation and firmly signals that the Mariners mean business in this free-agent market.

There is an opt-out after the third year and a full no-trade clause. Ray will also receive an assignment bonus if he’s traded after the first two seasons and does not opt out. The club has not confirmed the terms, which are pending a physical that Ray was en route to Seattle on Monday afternoon to take.

It was initially believed that the Ray wouldn’t sign with a team until after a new Collective Bargaining Agreement was in place, but the Mariners made an aggressive push for the left-hander late Sunday into Monday morning. The current CBA expires at 8:59 p.m. PT on Wednesday, which has made it a frenzy for free agents looking to secure contracts ahead of a possible lockout.

Ray’s deal is the largest under Mariners president of baseball operations Jerry Dipoto, who took over in 2015, and the second largest in franchise history to Robinson Canó’s 10-year, $240 million deal signed in the ‘13-14 offseason. It also contains factors that Dipoto typically steers from: an opt-out and no-trade clause.

Ray also turned down a qualifying offer from the Blue Jays, which under the current CBA would mean that the Mariners would forfeit their third-highest selection in next year’s Draft. One source said that the Mariners were not treating the qualifying-offer attachment -- on Ray, or any of their other targets -- as a significant deterrent, and it’s quite possible that the rules could change under the new CBA.

He will immediately be injected as a sorely needed top-of-the-rotation force. Even with the addition of Ray, the Mariners’ starting staff has only Marco Gonzales, Chris Flexen and Logan Gilbert after Yusei Kikuchi declined a $13 million player option last month and became a free agent. Justus Sheffield and Justin Dunn should be healthy by Spring Training, but their injuries and inconsistencies last year won’t guarantee them rotation spots.

Dipoto has said publicly that starting pitching was among Seattle’s biggest needs, and multiple sources have indicated that the Mariners entered the offseason intending on acquiring more than just one starter, either via free agency or trade.

That trade, and bringing in Ray, align with what Dipoto has said all along -- that the club will add impact Major League talent from outside the organization and that it will spend to do so. The club had roughly $75-80 million in payroll commitments for next season, per Cot's Baseball Contracts, before Ray agreed to his $23 million average-annual-value deal. That would bring them closer to $100 million and still leave room to spend, before or after the CBA’s expiration.

Ray was unquestionably one of last year’s top starting pitchers, but previous inconsistencies in his career were what made him available at such a low price one year ago, at just one year and $8 million. The Tennessee native struggled to a 6.62 ERA and 7.8 walks-per-nine-innings rate during the pandemic-shortened ‘20 season, and he gave up 30 homers in ‘19 with Arizona.

Ray seemed to identify something in his mechanics that produced better command and consistency in 2021, but the Mariners are banking that those improvements weren’t limited to a one-year sample. Ray’s career-best 6.7 percent walk rate last season was a significant dropoff from his career 11 percent walk rate through ’20.

Through the ups and downs of his career, Ray has always possessed an elite ability to miss bats. He owns the most strikeouts (1,241) across the first 1,000 career innings of any pitcher in AL/NL history, and he also owns the highest career K/9 rate (11.2) among AL/NL pitchers with at least 1,000 innings. Ray was one of 2021’s hardest-throwing left-handed starters with a 94.8 mph average on his four-seam fastball, and he was the only pitcher with 100-plus strikeouts on two different pitch types (four-seamer and slider).

Beyond his remarkable run in 2021, the eight-year veteran Ray was also an All-Star in ‘17 with the D-backs. For his career, he has a 4.00 ERA over 1,035 2/3 innings in stints with Detroit, Arizona and Toronto. The ’21 version of Ray certainly fits the Mariners’ mantra of “dominating the zone,” which explains why Dipoto’s front office coveted him so highly.