Why Premier League managers are doing half-time interviews this season 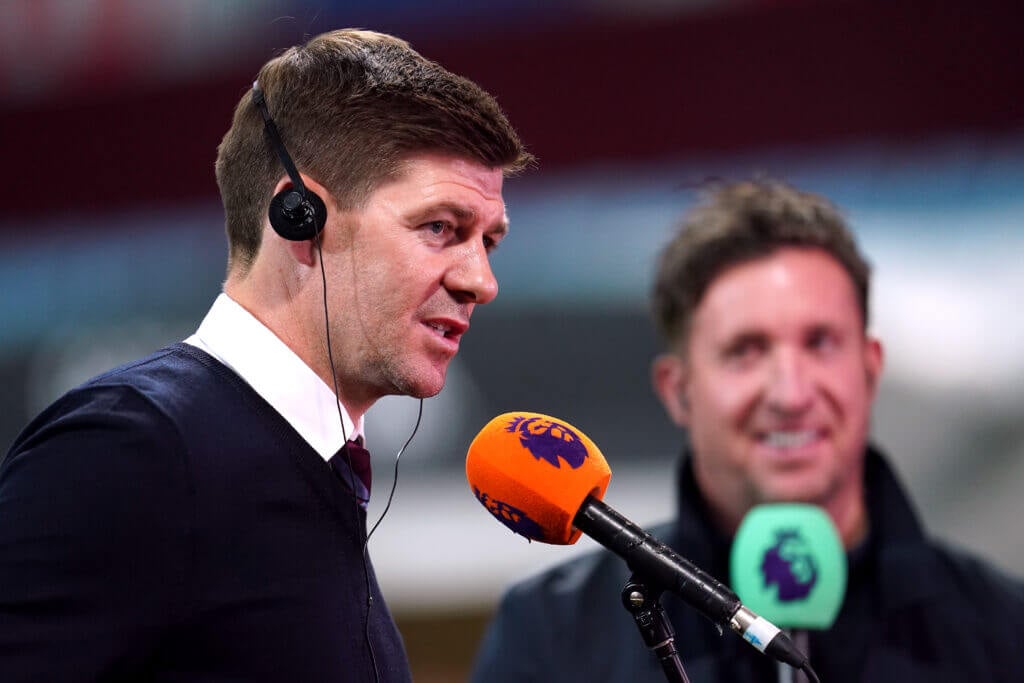 Viewers of Crystal Palace against Arsenal on Friday night might have spotted a strange new element to the broadcast.

Ahead of the second half, Patrick Vieira took part in a brief interview on Sky Sports.

The Athletic has explained what the rules are and whether this will be commonplace moving forward.

Why was this significant?

Previously, managers have been obliged to take part in a pre-match and post-match interview with broadcasters during Premier League games.

However, this was the first time a flash interview during half-time had been carried out during a match in the Premier League.

It could see managers discuss significant incidents or other elements of games during a match in the future.

How does it work?

Broadcasters from the United Kingdom can request that a manager provides an interview at the end of half-time.

The decision over whether or not a manager takes part in a flash interview at half-time has to be mutually agreed between a broadcaster and the club.

There is no obligation for a manager to take part.

A manager will then carry out a quick interview. They will answer a couple of questions from an interviewer about the state of play in the game and the rest of the match.

This could be commonplace or it could be infrequent. It all depends on what clubs, broadcasters and the managers themselves want.

When was this agreed and what do the rules say?

Changes to the Premier League rules took place in the summer, with this being added to Section K of the league’s handbook.

The relevant section reads: “In respect of each league match to be transmitted live by a UK broadcaster, the UK broadcaster may request that the manager (or a senior member of the coaching staff) of either or each participating club provides an interview at the end of the half-time interval, before the re-start of the league match.

“The manager may elect to provide the interview requested or decline to do so, at his/her absolute discretion.”

What else has changed in the Premier League this season?

Ahead of Crystal Palace’s game against Arsenal, one thing of note was the return of the pre-match handshake. The Premier League’s COVID-19 protocols had seen that ritual parked.

Another change to be implemented before kick-off is players and coaching staff will no longer take the knee before every game.

It will instead take place at select games, including the opening round of fixtures, the Boxing Day matches and the No Room for Racism games in October and March. Players will also take the knee on the final day of the season and before the League Cup and FA Cup finals.

The Premier League has also been working with referees to try and improve the amount of time the ball is in play during games. They have derived a new multi-ball system which they hope will combat the issue. One match ball will be with the fourth official and there will be eight replacement match balls dotted around the pitch.

There has also been a change to the rules concerning penalties and the position of the goalkeeper.

The goalkeeper must have “at least part of one foot touching, or in line with or behind, the goal line” when the ball is kicked. This wording has been made clearer to avoid the goalkeeper being penalised.

This season will also see the permanent return of five substitutions.

Plenty. For more on the changes in the Premier League this season, The Athletic’s Dan Sheldon has taken a deeper look.