John Cena's 'Playing With Fire' burns to smithereens with critics: 'Bland and predictable' 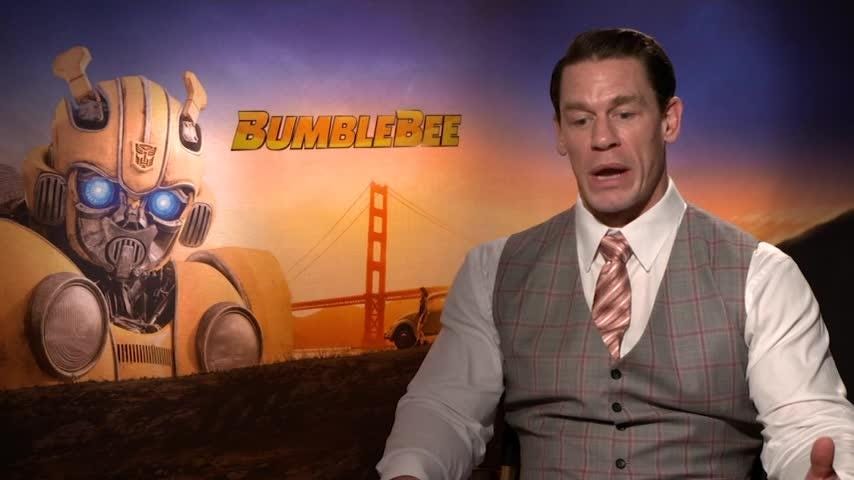 Walsh notesthat in light of the recent California wildfires, moviegoers should watch Joseph Kosinski's "Only the Brave," "rather than subject themselves and their loved ones to the surreal, fecal-flecked nonsense that is 'Playing with Fire.' "

The Hollywood Reporter's Frank Scheck says that although the plot of the movie is nothing new (been there, done that), it might be fun for the kids to watch.

"Hollywood never seems to tire of the belief that there's something inherently hilarious about huge, muscle-bound men, preferably former bodybuilders or wrestlers, interacting with very young children," Scheck writes. " 'Playing With Fire' strikes strictly predictably beats. Key and Leguizamo, comic talents who are wildly overqualified for this sort of thing, work hard,veryhard, to infuse the tired material with laughs."

Other critics co-signed that director Andy Fickman's firefighter comedy fails to follow through on key comedic moments and may only appeal children with its humor.

"Director Andy Fickman seems aware that there are potential laughs in how his performers are positioned on screen; Key’s Mark, for example, pops in and out of sight, often accompanied by animation-ready whooshing sound effects," writes Jesse Hassenger for the A.V. Club."But he doesn’t choreograph these moments into funny setpieces, using his camera mainly just to accent moments of dopey, sometimes scatological slapstick."

TheWrap's Yolanda Machadogoes as far as to saythe film's humor may not even land with children.

"The film is bland and predictable, underestimates kids’ abilities to understand story and humor, and relies way too much on sight gags that are clichéd and overdone," she writes.

The New York Times' Teo Bugbee listsmany a wrong, calling the movie"flat," but notes one thing "Playing With Fire" did wellwas casting the right actors.

"The directorAndy Fickmanhas made a visually flat film," Bugbee writes."The editing is frequently awkward, clunkily overemphasizing physical gags, and lingering too long on the actors as they try to light up dusty material."