Hot topics close
Home Pakistan plane crash One American was aboard the plane that crashed in Pakistan, official says

One American was aboard the plane that crashed in Pakistan, official says

CNN
Share on FacebookShare Share on TwitterTweet
One US citizen was on board the flight that crashed in Karachi, Pakistan, on Friday, a State Department official told CNN. 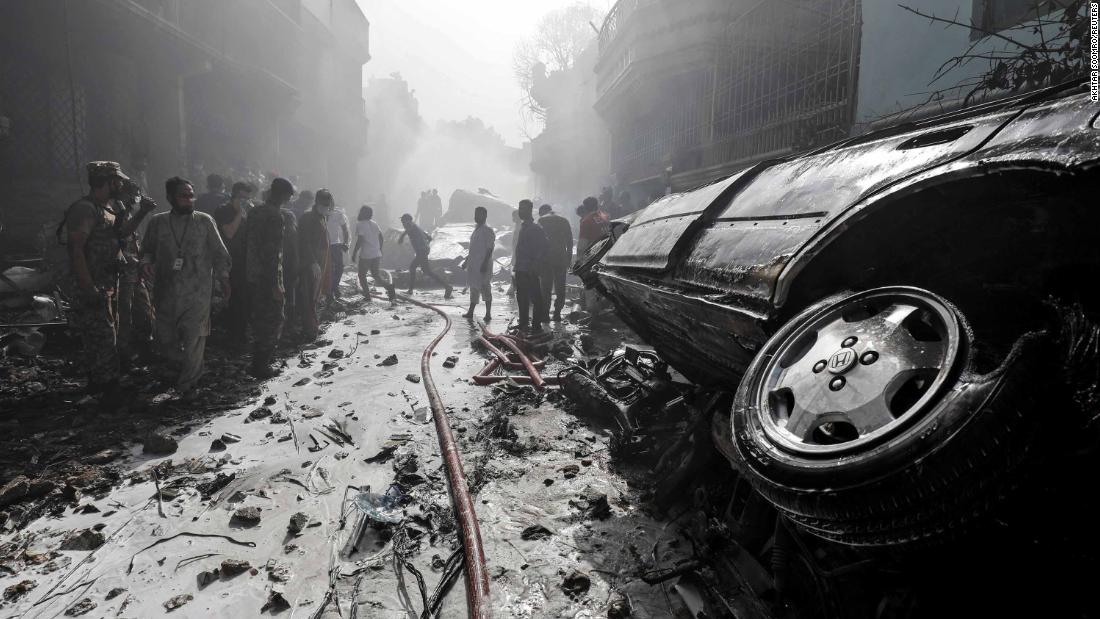 "We are monitoring the situation closely and are in touch with local authorities," the official said. "Our staff in Pakistan and here in the United States are working tirelessly to provide all possible consular assistance."
"We offer our sincerest condolences to the family and friends of all of those affected. Out of respect for privacy, we have nothing further to add at this time."
A Pakistan International Airlines (PIA) flight crashed Friday in the southern Pakistani city of Karachi, according to Health Minister Azra Fazal. The airline's CEO said at a news conference that the flight from Lahore was carrying 99 passengers and crew members in total. The plane did not hit any buildings and no one on the ground appears to have been killed, PIA CEO Air Vice Marshal Arshad Malik told reporters in Karachi Friday. The plane landed in a lane, he added.
At least 76 bodies have been recovered from the wreckage, according to a statement from the Sindh Health Department.
Secretary of State Mike Pompeo tweeted Friday afternoon he was "shocked and saddened to hear of the plane crash today in Karachi."
"My prayers go out to those killed and injured, and their families," he wrote. "The U.S. stands with Pakistan during this difficult time."
Similar shots
This week's most popular shots
Topics of the week
SpaceX launch George Floyd Blackout Tuesday Drew Brees Antifa Trump Minneapolis Derek Chauvin Earthquake Trump Twitter
Hot topics