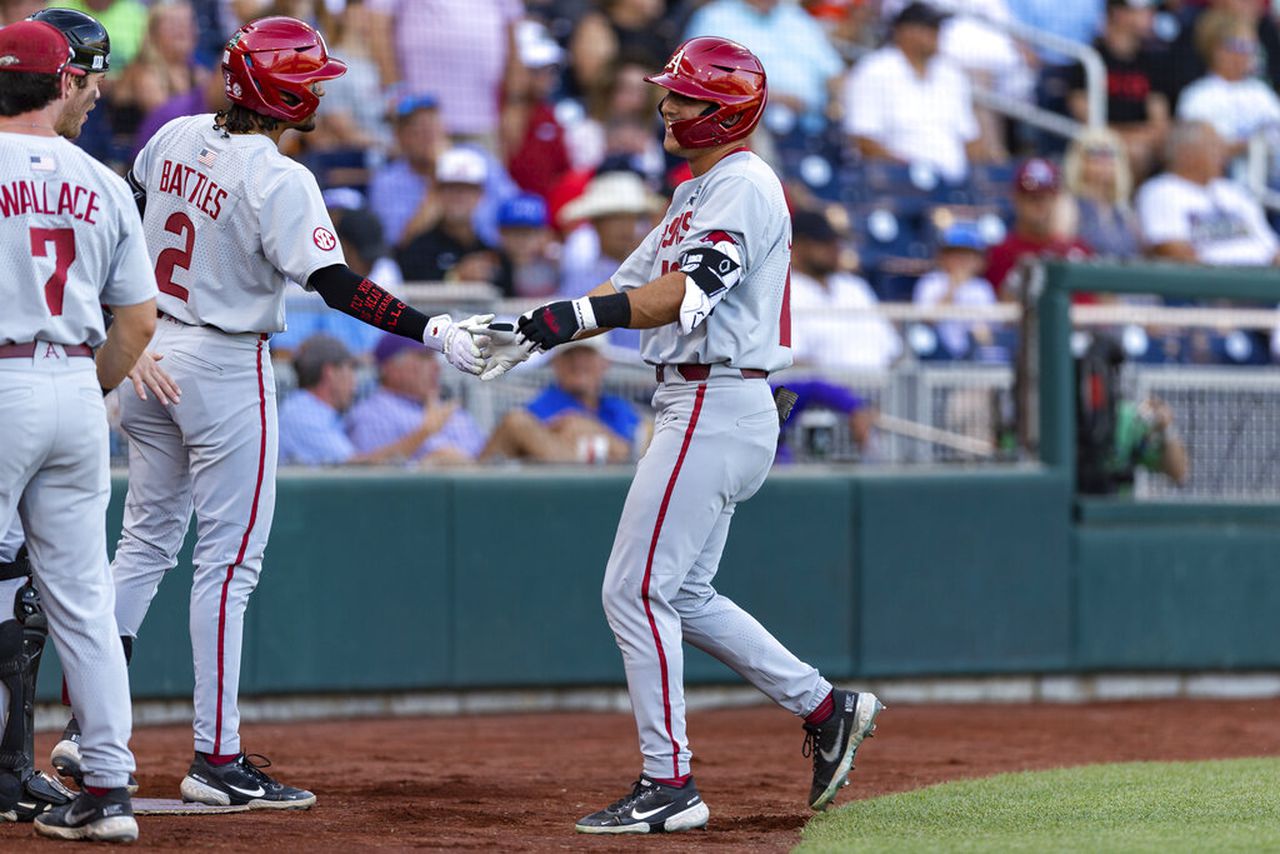 Arkansas and Ole Miss are it again in the College World Series when the two SEC West teams meet Thursday, June 23, in Omaha. The game will be live streamed on ESPN+ and fuboTV, which offers a free trial.

The teams meet for the third time in four days and the sixth time in less than two months. Winner advances and loser goes home.

The Razorbacks called on Zack Morris after Ole Miss loaded the bases with no outs in the bottom of the ninth inning, and the junior left-hander put down the threat to let the Razorbacks hang on for a 3-2 win at the College World Series on Wednesday night.

The Hogs (46-20) forced a second bracket final against Ole Miss (39-23) on Thursday, with the winner advancing to play Oklahoma in the best-of-three championship round starting Saturday.

For eight innings, Arkansas all but shut down an offense that had produced 64 runs in its first seven NCAA Tournament games. Kemp Alderman, who hit a tying homer in the second inning, was the only Ole Miss runner to advance past first base to that point.

The Rebels loaded the bases in the ninth after closer Brady Tygart hit two straight batters.

Morris, who had given up two runs and was pulled after two-thirds of an inning in the Hogs’ 13-5 loss to Ole Miss on Monday, struck out pinch-hitter Hayden Leatherwood and got TJ McCants to fly out before Justin Bench’s infield single made it a one-run game. Morris then got Jacob Gonzalez to line out to end the game.

When do Ole Miss-Arkansas play?

Will it be live streamed?

The game will be live streamed on fuboTV, which offers a free trial. The most basic of plans is the “fubo standard” package, which comprises 121-plus channels for $69.99 per month. Like all cord-cutting alternatives, there are plenty of options, especially for sports. It comes with more than 1,000 hours of cloud-based DVR, and up to 10 screens at once.

You can subscribe to ESPN+ for just $5.99 a month (or $59.99 per year) through the ESPN App, (on mobile and connected devices), ESPN.com or ESPN+. It is also available as part of a bundle offer that gives subscribers access to Disney+, Hulu (ad-supported), and ESPN+ — all for just $13.99/month.

Will Ole Miss-Arkansas be televised?

Ole Miss-Arkansas will be televised on ESPN2.