Oklahoma survives Texas comeback to beat No. 22 Longhorns 53-45 in 4OT 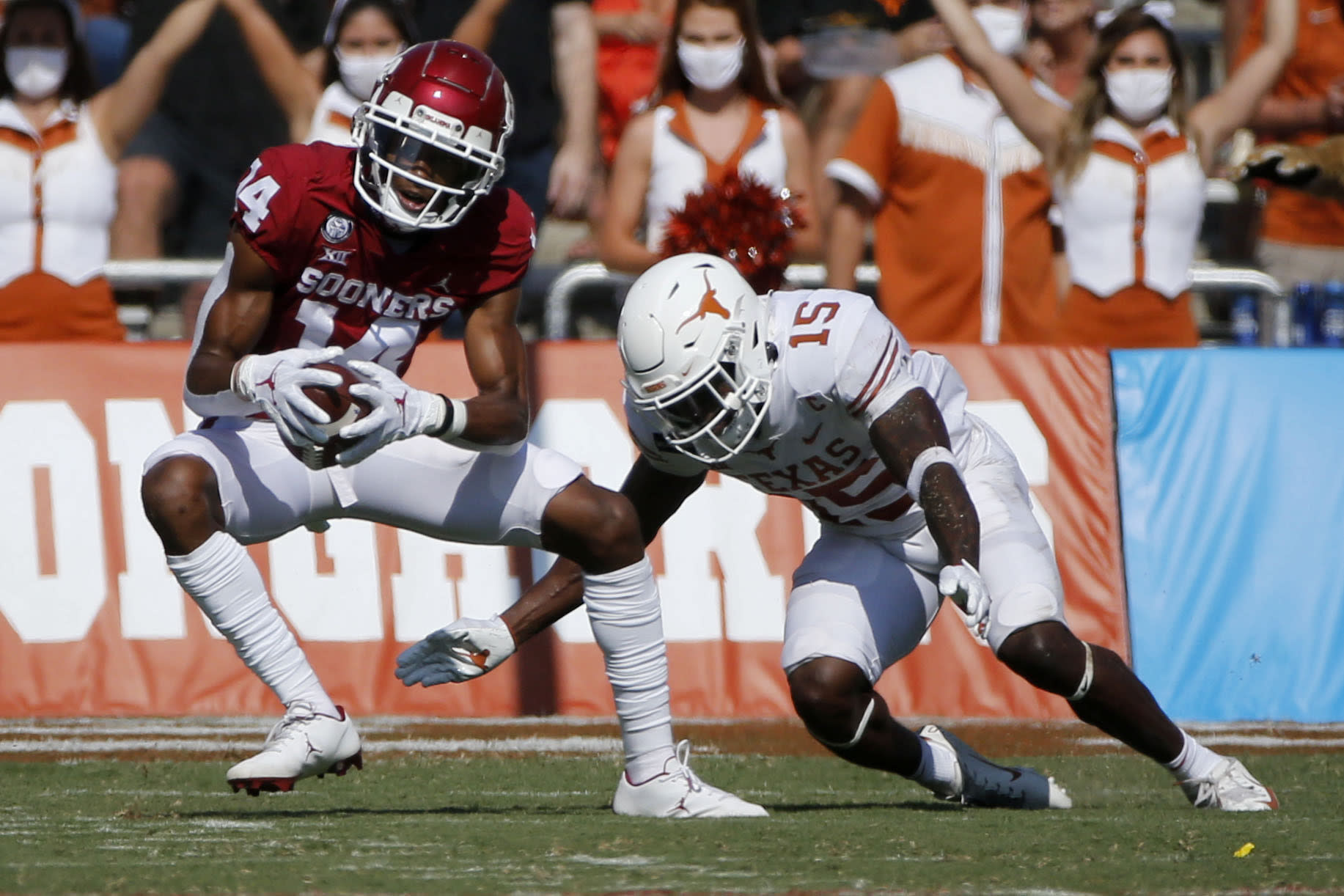 The Oklahoma defense had played well until the final minutes of regulation. The much-maligned Sooners defense had figured out how to tackle, rush the passer and force turnovers. But it struggled as Texas tried to mount a comeback like it did in a frenetic win against Texas Tech.

This time, it wasn’t enough. Texas took a lead in the first overtime, but Oklahoma tied the game with a TD. OU started the second overtime with a touchdown and Texas answered in kind. But instead of going for a two-point conversion and the win, Texas played for the PAT and a third extra period.

The game was just the second in the history of the Oklahoma-Texas rivalry to go to overtime and the 98 combined points are the most in series history. It’s the third consecutive win for Oklahoma over the Longhorns and the Sooners’ fifth win in the past six games.

Ehlinger had been masterful in the final half of the game until the interception. He was 30-of-53 passing for 287 yards and two scores and had 23 carries for 112 yards and four touchdowns. But the pick to end it was his second of the game.

Had the game gone to a fifth overtime we would have gotten our first glimpse of college football’s revised overtime rules. The new rules, implemented ahead of the 2019 season, turn any game that’s gone past four overtimes into a contest of two-point conversions like penalty kicks in soccer.

Spencer Rattler gets benched, comes back

Oklahoma redshirt freshman QB Spencer Rattler found himself on the sideline after throwing an interception and losing a fumble on back-to-back possessions in the first half. He was replaced by Tanner Mordecai.

But Mordecai was only in the game for the rest of the first half. Rattler started the second half and played much better. The secret to Oklahoma’s success was a running game that was much better in the second half. T.J. Pledger had 22 carries for 131 yards and two touchdowns. The Sooners were able to control the clock for much of the third quarter as Pledger’s second touchdown came at the end of a 17-play, 87-yard drive that took over eight minutes.

That TD pushed OU’s lead to 31-17. And the score stayed that way for much of the fourth quarter. But Texas scored a TD to force overtime with 14 seconds left when Ehlinger found Keontay Ingram for a two-yard score.

Let’s get this out of the way. Neither of these two Big 12 favorites are really all that good. We knew that heading into Saturday as both OU and UT were coming off losses the week before. But it was confirmed during the game.

While the near-five-hour game was a fun marathon, it wasn’t the greatest display of top-class football. The teams combined for nearly 200 penalty yards and each committed three turnovers.

The biggest beneficiary of the game is easily Oklahoma State. The Cowboys now have a two-game lead on both Texas and Oklahoma in the Big 12 standings before the month of October is halfway over. While OSU still has to play OU and Texas, the Cowboys don’t have to go 2-0 in those games to have a very good shot at making it to the Big 12 title game.

The Big 12 would certainly like OSU to go 2-0 in those games. And to go undefeated everywhere else too. The Cowboys are now clearly the conference’s best shot at the College Football Playoff and it’s hard to see a two-loss Oklahoma or Texas seriously challenging for the playoff field.