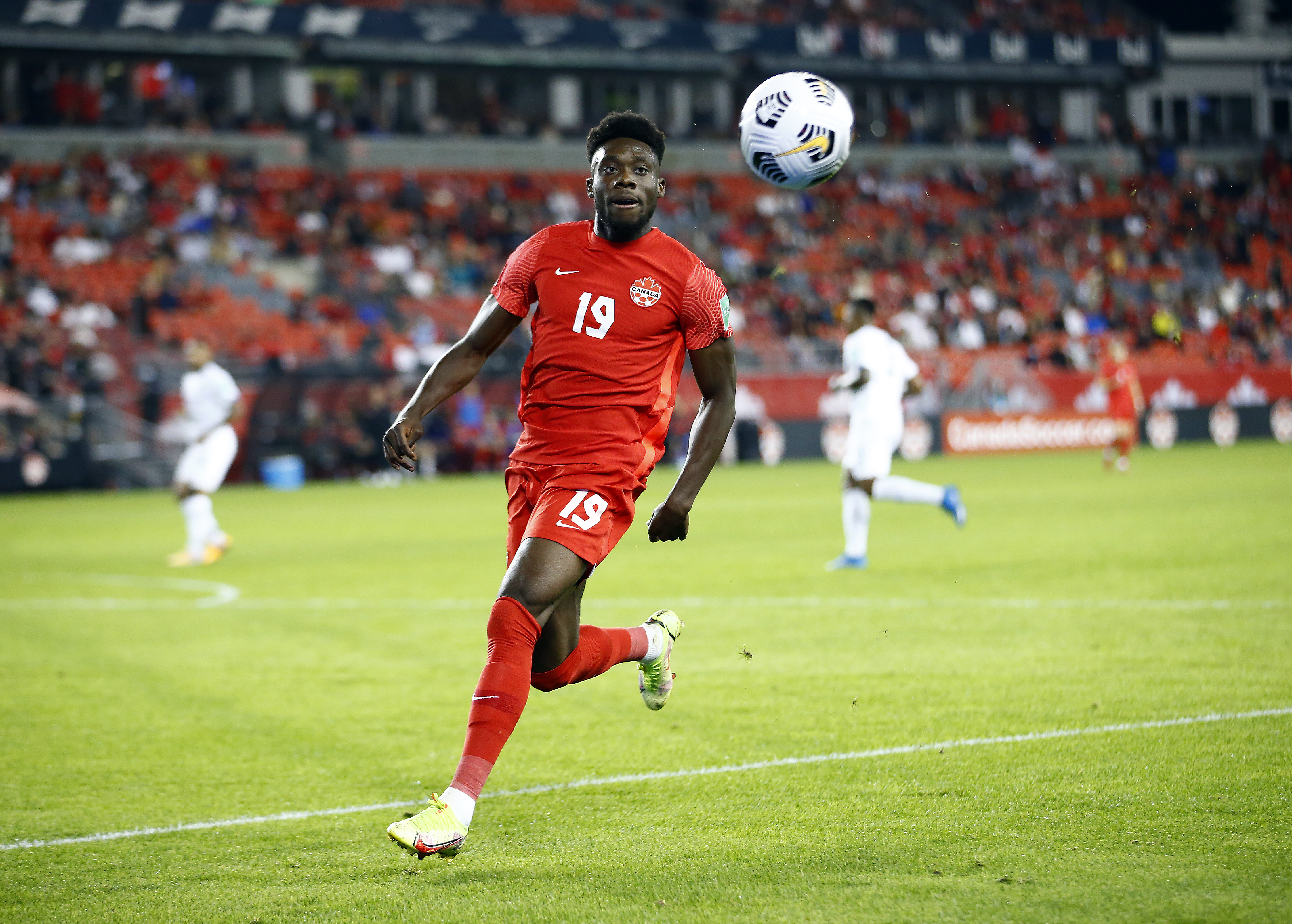 MUNICH, Germany — Bayern Munich keeper Manuel Neuer and winger Leroy Sané are among several players to return for Saturday's trip to Cologne in the Bundesliga but Alphonso Davies will be out for some time with a heart muscle inflammation, said coach Julian Nagelsmann.

The league leaders suffered a 2-1 loss to Borussia Moenchengladbach last week which allowed Borussia Dortmund to close in to within six points. They now want to bounce back as players return following a string of COVID-19 infections.

Nagelsmann said Sane, Tanguy Nianzou, Omar Richards and Dayot Upamecano would not be able to play through and were not yet at 100 percent following their infections but Neuer would be in the starting lineup.

️ @J__Nagelsmann continues: "He has stopped training for now, so he won't be available to us for the next weeks."

"With Phonzy (Alphonso Davies) it is a case of him having done a check yesterday as we did with all infected players and there were signs of a minor myocardial inflammation," Nagelsmann told a news conference on Friday. "It's is nothing dramatic but he still needs to heal and will be out for some time.

"He has stopped training for now, so he won't be available to us for the next weeks."

The Canada international had tested positive for COVID-19 earlier this month and had gone into isolation before returning to training on Wednesday.

"This myocarditis isn't too dramatic based on the ultrasound, but more simply signs of an inflammation. Nevertheless, it needs to heal and that will no doubt take some time," said Nagelsmann.

Bayern is still missing players, including Leon Goretzka and Kingsley Coman, back in training following a muscle injury.

"The defeat against Gladbach was frustrating," Nagelsmann said. "Our task tomorrow is to get a more positive result."

Bayern are on 43 points, with Dortmund on 37. Cologne, who are on a three-game winning streak, have climbed up to sixth on 28.