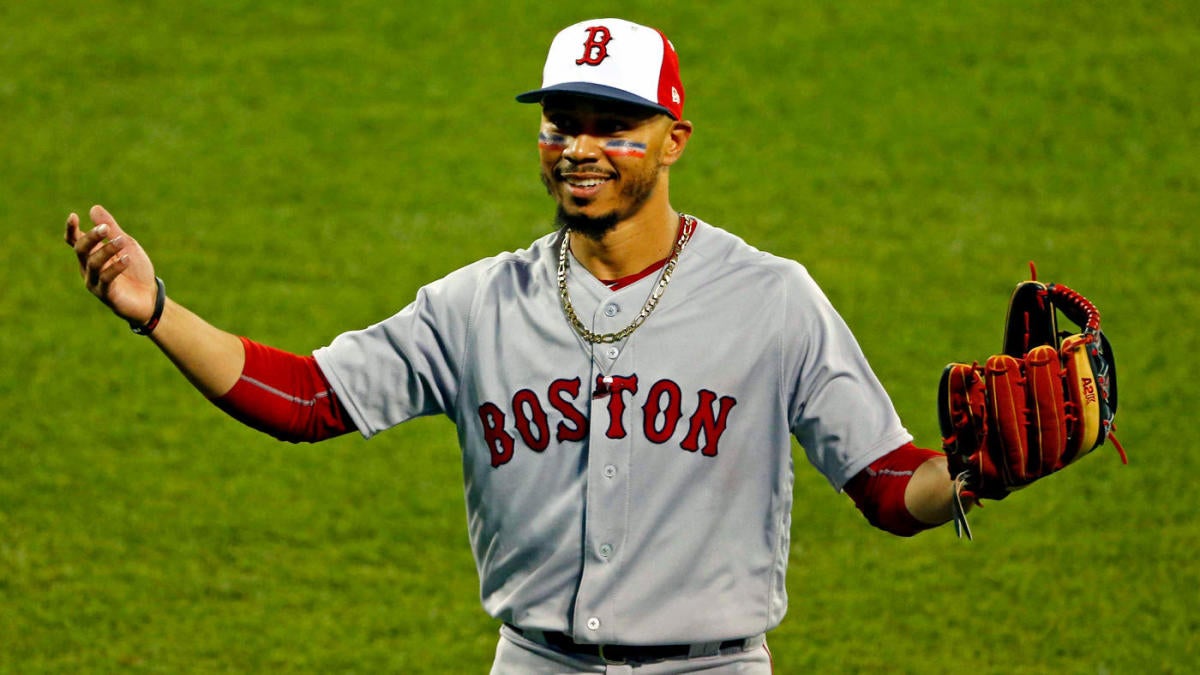 It has been five days since the Dodgers, Twins, and Red Sox reportedly agreed to a five-player blockbuster trade that would send Mookie Betts and David Price to Los Angeles. However, a medical issue with Twins prospect Brusdar Graterol has held up the trade as the Red Sox now seek more in return.

This would have been the full trade per the original reports:

The three clubs have continued to work toward a resolution this weekend, though at one point it appeared the Twins were going to back out of the trade completely. That is no longer the case. The Athletic's Ken Rosenthal and MLB Network's Jon Heyman say the three clubs are now working on two separate two-team trades that would break down like so:

Not surprisingly, multiple teams have reached out to inquire about Betts in recent days, reports MLB.com's Mark Feinsand. The Padres were most seriously connected to Betts prior to the Dodgers deal. This could be Boston attempt to create leverage, of course. That said, it's Mookie Betts, and I reckon may other teams want him.

Alex Speier of the Boston Globe reports it is now "unlikely" the Red Sox acquire Graterol in the revised trade. La Velle E. Neal of the Star Tribune has an update from Minnesota's perspective:

As of last night, the Twins had added a second minor leaguer to the deal - a player outside their top ten prospects - in a last push toward a resolution. The talks progressed from there. The Twins are now expected to get a little more than Dodgers righthander Kenta Maeda in the deal. Just to manage expectations here, focus on "little."

In a nutshell, the Dodgers are not as concerned about Graterol's medicals as the Red Sox, so they may simply keep him and send a different prospect to Boston. Interestingly enough, Graterol threw at the Twins' spring training complex on Saturday:

That's unusual. When a player is involved in trade discussions -- in this case, very public and very significant trade discussions -- the team will typically hold him out of workouts to avoid injury. That didn't happen with Graterol. The Twins let him throw Saturday despite the ongoing trade discussions. By all accounts, Graterol came through the workout A-OK.

Red Sox pitchers and catchers are due to report to spring training on Tuesday. It stands to reason they want to finalize the trade before then to avoid the awkwardness of Price reporting to camp a week after being traded. Red Sox position players are due to report this coming Saturday. That's when Betts is officially scheduled to arrive and that's when it would get really awkward.

Although the Dodgers can't afford to let the trade completely fall apart -- that would be a PR nightmare -- they do hold leverage over Boston. The Red Sox want to avoid spring training awkwardness and get under the $208 million luxury tax threshold. The Dodgers can remain patient and apply pressure, though I can't imagine they want this to drag out too much longer.