CNN
Share on FacebookShare Share on TwitterTweet
A powerful earthquake struck the southwest of Mexico late Tuesday, causing widespread shaking as far away as Mexico City but limited damage. 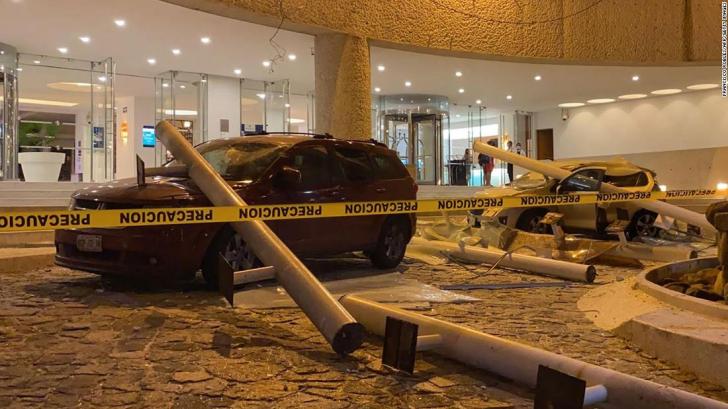 The United States Geological Survey said the 7.0 magnitude quake struck 2.5 miles (4 kilometers) east-northeast of Los Órganos de San Agustín, about eight miles from the Pacific Coast beach resort city of Acapulco. It was measured at an initial depth of 7.8 miles (12.6 kilometers).
In Mexico City, alarms could be heard shortly before the ground started shaking.
Mayor Claudia Sheinbaum said on her Twitter account that there were no initial reports of major damage in the capital, which is about 231 miles (372 kilometers) from the epicenter. Sheinbaum said that many people had lost electricity and authorities were working to restore power. The city's metro service said in a statement that train service has been resumed after it conducted a protocol review due to the quake.
The National Oceanic and Atmospheric Administration initially issued a tsunami warning after the quake, but it has since been called off.
Earthquakes are not uncommon in Mexico because of its location at the edge of the North American tectonic plate. Two major quakes struck the country in September 2017, and on September 19, 1985, a magnitude-8.0 temblor killed an estimated 9,500 people in and around Mexico City. That quake left a huge scar on the city, resulting in changes in building codes and greater protections against earthquakes.
President Andres Manuel Lopez Obrador said there was no "significant damage" in Guerrero state, where the epicenter is located.
While serious damage has not yet been reported from the epicenter, Lopez Obrador said authorities did receive reports of falling rocks.

CNN's Karol Suarez and Sharif Paget contributed to this report