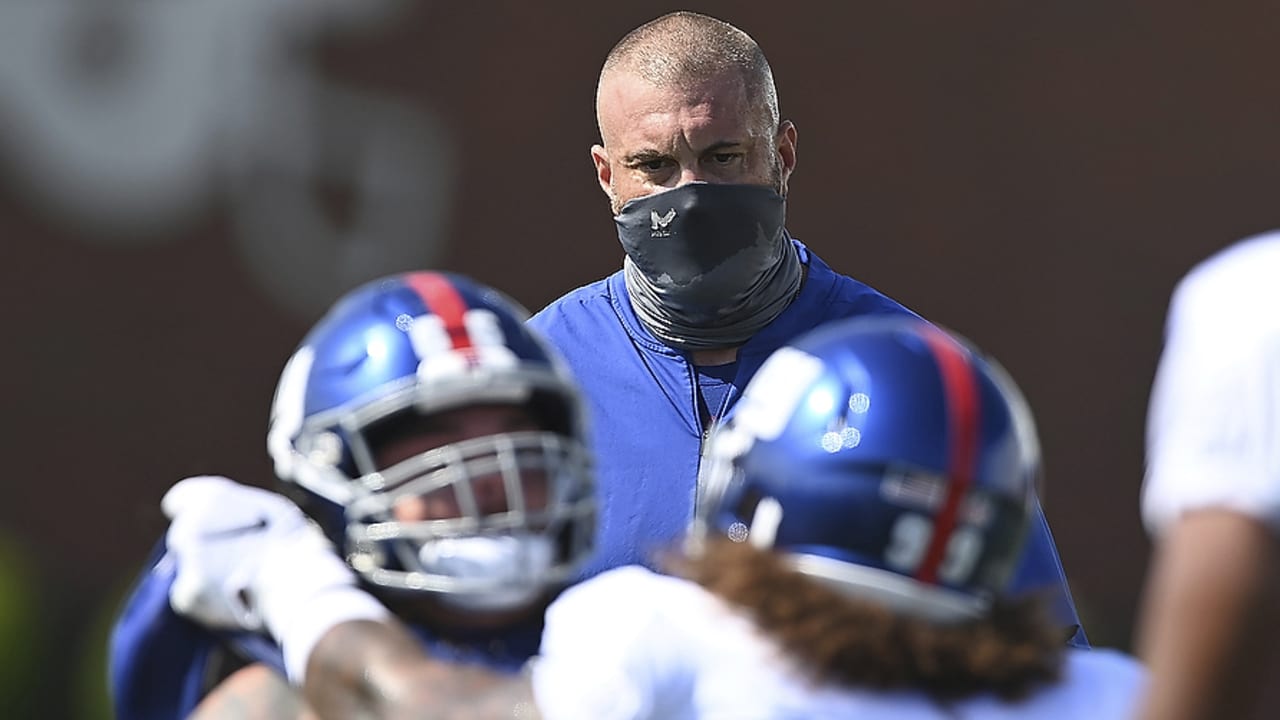 Marc Colombo's first season as the man in charge of turning around the Giants' offensive line has reached an early conclusion.

New York fired Colombo on Wednesday and is replacing him with veteran assistant Dave DeGuglielmo, NFL Network's Tom Pelissero reported. The team later confirmed the change. Judge worked with DeGuglielmo in New England in 2014 and 2015, and had hired him as a consultant last week, making for an easy replacement.

The original plan was for DeGuglielmo to work alongside Colombo, only the latter didn't take the news well and expressed as much, leading to his dismissal, NFL Network Insider Ian Rapoport and NFL Network's Mike Garafolo reported.

"We appreciate what Marc has done, but I felt like this move is in the best interest of the team," Judge said in a statement.

Colombo came to New York with offensive coordinator Jason Garrett and with the proof of his work in hand from Dallas' improvement up front during the 2018 season. But he didn't have the same effect with the Giants. Fourth-overall pick Andrew Thomas has struggled, and the unit as a whole has been subpar until the last couple of weeks -- a key detail in potentially understanding why Judge made the move now.

Garafolo recently reported Judge has been spending additional time with the offensive line, which the rookie head coach identified as a position group that needed closer attention, and it has produced notable improvement. He also might have identified an issue while getting a closer look at the way Colombo ran individual drills with his offensive linemen, and relied on his own judgment in making a personnel move.

Thomas now has his second offensive line coach in just his first NFL season. Perhaps DeGuglielmo can pick up where Judge's increased involvement left off, and this will end up proving to be the right move. Only time will tell for a franchise that has had plenty of turnover, and is suddenly in the thick of the race for the NFL's worst division.