The Boston Globe
Share on FacebookShare Share on TwitterTweet
Hollywood star Lori Loughlin can serve her two-month prison term for her role in the “Varsity Blues” college admissions cheating scandal at a facility close to her home in California, according to a recent legal filing. 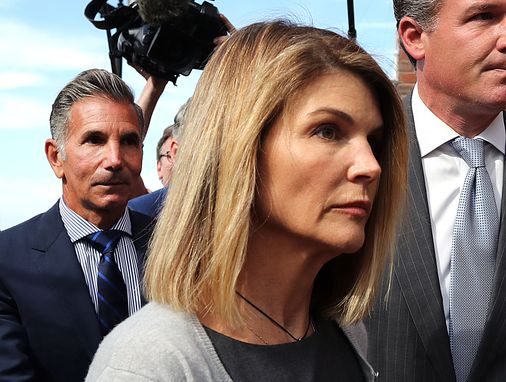 Hollywood star Lori Loughlin can serve her two-month prison term for her role in the “Varsity Blues” college admissions cheating scandal at a facility close to her home in California, according to a recent legal filing.

A written sentencing order from Judge Nathaniel M. Gorton filed Sept. 9 in US District Court in Boston said Loughlin, 56, is “to be designated to a facility closest to her home in CA, preferably the camp at FCI Victorville, if commensurate with the appropriate security level.”

Loughlin and her husband, the fashion designer Mossimo Giannulli, both pleaded guilty in May to fraud-related charges for paying bribes totaling $500,000 to get their daughters into the University of Southern California as phony crew recruits.

Loughlin, whose role as Aunt Becky on the beloved sitcom “Full House” endeared her to millions, was sentenced in August to two months behind bars, as well as 100 hours of community service. She was also ordered to pay a $150,000 fine.

A sentencing order for Giannulli said he was to be “designated to a facility closest to his home in southern California, preferably FCI - Lompoc, commensurate with the appropriate security level.”

Loughlin and Giannulli are both required to self-surrender to the Bureau of Prisons on Nov. 19.

They were two of the dozens of defendants charged in the audacious scheme, in which wealthy parents allegedly cut large checks to the admitted ringleader, William “Rick” Singer, in order to have their children falsely classified as athletic recruits at selective schools, thereby paving the way to admission, or to facilitate cheating on their kids' SAT and ACT exams.

The minimum-security women’s satellite camp at Victorville, the judge’s preferred destination for Loughlin, has a standard set of rules for each housing unit, according to its inmate handbook posted online.

The handbook adds that beds “will be tightly made, military style, with the blanket being the top cover. Your extra blanket will be neatly folded at the foot of the bed and nothing will be left lying on the bed or hanging from the bedposts or frame. All beds will be made by 7:30 a.m. during weekdays. On weekends and holidays, the bed will be made when the inmate is up for the day. Only one mattress is allowed per bed.”