Sports Illustrated
Share on FacebookShare Share on TwitterTweet
Liverpool celebrated its big win alongside Salah's former Egyptian teammate Moamen Zakaria, who was diagnosed with ALS in 2020. 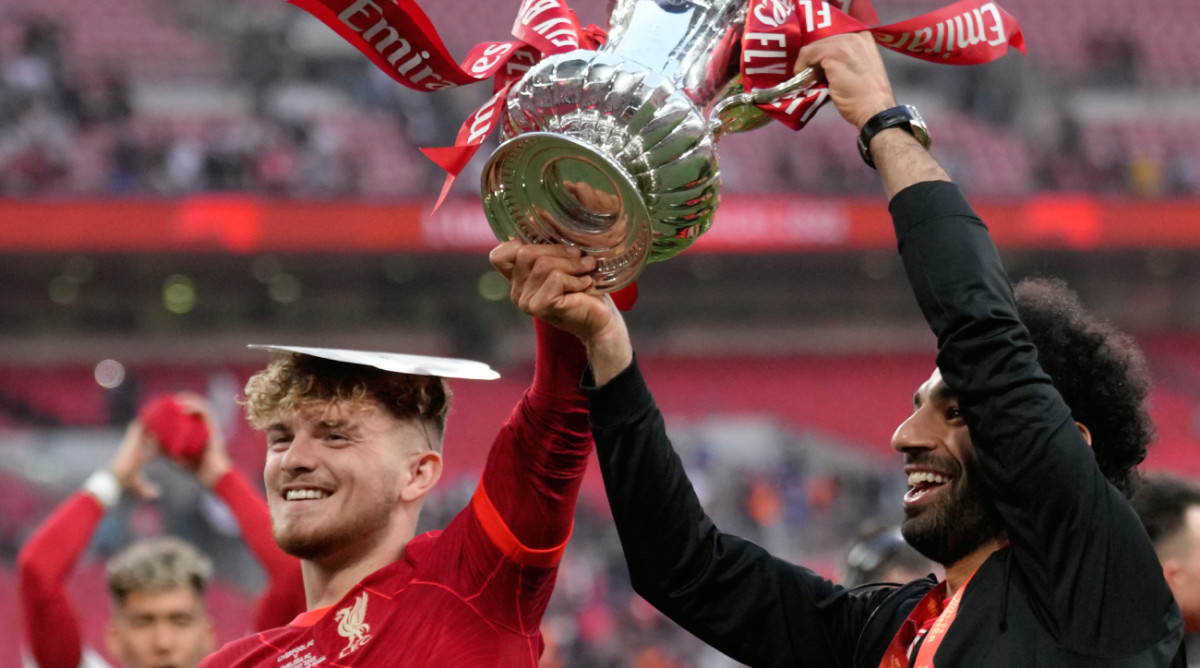 After claiming the FA Cup in a dramatic penalty shootout victory over Chelsea on Saturday, Liverpool celebrated its big win by sharing a heartwarming moment with Egyptian midfielder Moamen Zakaria.

Zakaria, who was diagnosed with ALS in 2020, appeared in Liverpool’s locker room as a special guest of star forward Mo Salah, his former teammate on the Egyptian national team. A video of the club’s classy gesture was shared on social media by ESPN FC, and shows Salah and his teammates singing in celebration along with a smiling Zakaria as he holds the trophy while sitting in his wheelchair.

Prior to his ALS diagnosis, Zakaria, 34, last appeared in a professional match in 2018. He appeared in over 200 matches across various clubs around Egypt.

Though Salah missed the majority of Saturday’s contest after suffering a groin injury in the first half, he appeared in good spirits alongside his friend after Liverpool weathered the storm at Wembley.

Liverpool and manager Jürgen Klopp have plenty to celebrate following Saturday’s victory as the club kept its hopes for an elusive quadruple alive after earning its first FA Cup since 2006. The win handed the club its second title of the season after winning the League Cup in February.