Khloe Kardashian and Tristan Thompson: A look back at their complicated romance ahead of second baby's birth

Fox News
Share on FacebookShare Share on TwitterTweet
Khloe Kardashian and ex-boyfriend Tristan Thompson will welcome a second baby via surrogate soon, and have endured a complicated relationship through the years.

Khloe Kardashian is expecting a baby via surrogate with ex-boyfriend Tristan Thompson any day now.

"We can confirm True will have a sibling who was conceived in November," the Good American founder’s representative shared in a statement with Fox News Digital.

"Khloe is incredibly grateful to the extraordinary surrogate for such a beautiful blessing. We’d like to ask for kindness and privacy so that Khloe can focus on her family."

Kardashian sources said the child was reportedly conceived before "it was revealed to Khloe and the public that Tristan was having a baby with someone else in December." 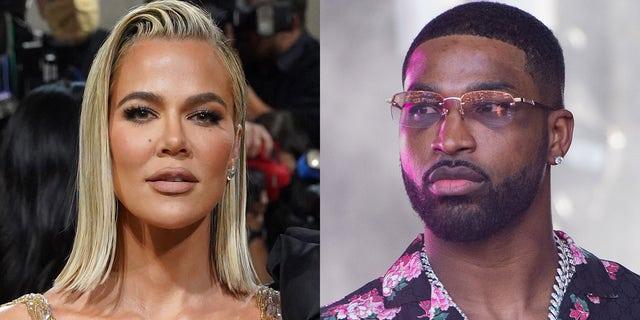 Khloe Kardashian and Tristan Thompson are having a baby via surrogate. They have a four-year-old daughter named True. (Getty Images)

While Kardashian and Thompson are not back together and keep their own conversations limited, they have remained a positive co-parenting force for the sake of their four-year-old daughter, True.

Their romantic relationship, however, has weathered many storms throughout the years.

The pair officially ended their romance in January 2022 after the Chicago Bulls power forward admitted he fathered a child outside their relationship. 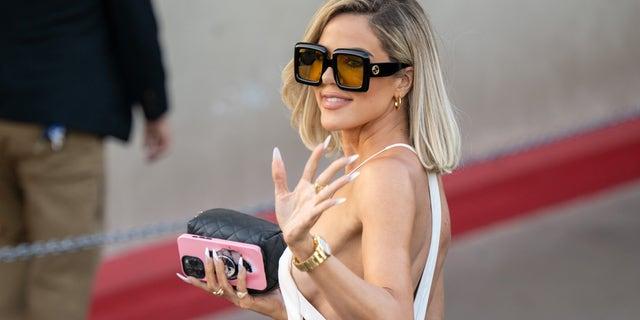 The pair officially ended their romance in January 2022 after the Chicago Bulls power forward admitted he fathered a child outside their relationship. (RB/Bauer-Griffin/GC Images)

Thompson and Kardashian were still seeing each other when he had a fling with Maralee Nichols on his birthday in March 2021 while he was in Texas. Nichols gave birth to son Theo Thompson Dec. 1.

After repeatedly denying the accusations, the professional basketball player finally publicly apologized to Kardashian for causing her "heartache and humiliation" when paternity tests revealed he was Theo’s father.

"Today, paternity test results reveal that I fathered a child with Maralee Nichols. I take full responsibility for my actions. Now that paternity has been established I look forward to amicably raising our son," he shared in a series of Instagram stories in January. 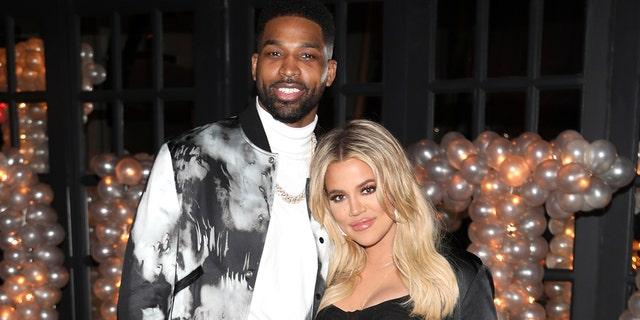 Khloe Kardashian and Tristan Thompson were pictured at Beauty and Essex on March 10, 2018 in Los Angeles, California.   She gave birth to daughter True one month later. (Photo by Jerritt Clark)

"I sincerely apologize to everyone I've hurt or disappointed throughout this ordeal both publicly and privately.

Cameras were rolling on the family’s new Hulu program, "The Kardashians," when the entire saga unfolded.

Her older sister, Kim Kardashian, decried the situation during an episode of the show.

"The whole thing that is so sad is that [Khloe] wanted a baby boy," she said upon hearing the news that Nichols gave birth. "And now this girl is having a f--king baby boy. A f--king random that he slept with one night? F--k him. I was so team him."

At one point during their relationship, Kardashian and Thompson went through an embryo retrieval process, which was filmed on "KUWTK." Kardashian explained doctors warned she was at high risk for miscarriage if she did try to carry embryos to term, leading to the surrogacy debate.

Khloe Kardashian gave Tristan Thompson another chance after he first reportedly cheated on her in 2018. The couple was seen on August 17, 2018 in Los Angeles, California.  (gotpap/Bauer-Griffin/GC Images)

This was not the first time Thompson was caught being unfaithful to Kardashian.

The couple battled numerous cheating allegations throughout their relationship, which was on-and-off for six years, and began shortly after he was dating model Jordan Craig in 2016.

Thompson and Craig have a son named Prince, who was born on Dec. 12, 2016. Kardashian announced she was pregnant with her first child in December 2017.

When Kardashian was nearly nine months pregnant with their daughter, Thompson was caught "making out" with a woman at a bar in New York, which Kim Kardashian described in an episode of "Keeping Up with the Kardashians."

Nearly one year later, they were both back in the spotlight when Thompson kissed Kylie Jenner's ex-best friend, Jordyn Woods, at a house party in Los Angeles on Valentine's Day weekend.

Kardashian went on a bitter Twitter rampage and publicly accused Woods as the reason her family "broke up" after Woods tried to defend herself on an episode of Red Table Talk with Jada Pinkett Smith.

"Why are you lying @jordynwoods ??" Kardashian tweeted at the time. "If you’re going to try and save yourself by going public, INSTEAD OF CALLING ME PRIVATELY TO APOLOGIZE FIRST, at least be HONEST about your story. BTW, You ARE the reason my family broke up!"

"Tristan is equally to blame but Tristan is the father of my child. Regardless of what he does to me I won’t do that to my daughter. He has been addressing this situation PRIVATELY. If Tristan were to lie publicly about what conspired, then yes I would address him publicly as well," the reality star said.

Thompson and Kardashian spent some time apart after the incident, but grew closer once again during the pandemic as they were forced to quarantine together for the sake of their daughter.

Once the lockdowns were lifted, Thompson was engaging in old behaviors again, as multiple women came forward with infidelity accusations, including an incident where he was reportedly seen walking into a bedroom with three women at a party in Bel-Air.

"They had been working through the cheating rumors for the last couple of weeks, but Khloe told Tristan he lost all of her trust and the relationship could not be repaired," a source told E! News in June.

"Khloe really tried, but ultimately, felt too betrayed by him. She's done and says she will not go back."

Once again though, Kardashian "got back together" again with Thompson before Kourtney Kardashian’s engagement to Travis Barker in October.

"We're good. We're actually in a really good place," she said on "The Kardashians."

"We just got back together. He's been going to therapy a lot. There's just been a lot of effort on his part."

She later admitted, "Tristan and I are complicated" during an awkward scene with Thompson. "Trust takes time."

While promoting the jump to a new streaming network earlier this year after her family spent 14 years and 20 seasons on E!, Kardashian told Variety, "I wish I never had to talk about that because it's not a fun thing to talk about. But it is part of my journey in life, so we will see it on the show."