Chicago Bears Wire
Share on FacebookShare Share on TwitterTweet
Justin Fields made his 12th career start Sunday vs. the Packers. Here’s how he stacks up against other quarterbacks drafted by the Bears.

After 12 starts, it’s hard to tell where Fields is. It’s worth noting that he has shown flashes of greatness in his young career, but he’s also shown a lot of struggles. We’ve seen a lot change for the young quarterback since he hinted at his first preseason game being easy, with this quote: “It was actually kind of slow to me, to be honest.”

With Fields’ 12th start in the books, let’s take a look at where he stacks up with other notable quarterbacks drafted by Chicago, dating back to 1983 with Jim McMahon. 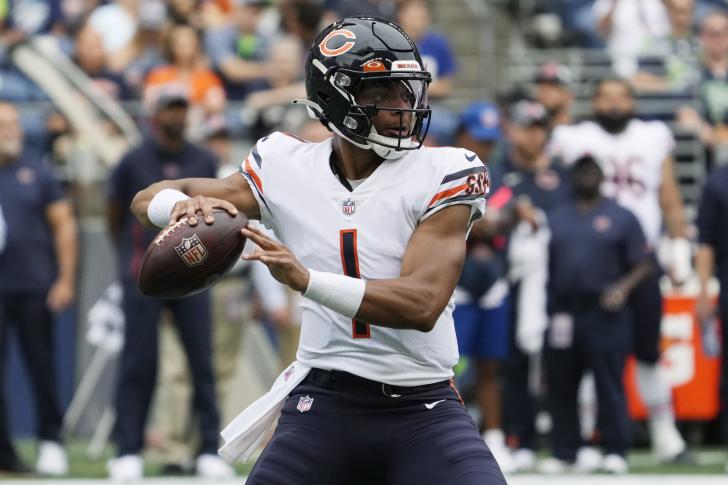 For Fields to be successful in the NFL, those interceptions have to go down. He’s thrown a pass in 13 different games with the Bears, almost averaging an interception per game with 12 career interceptions. 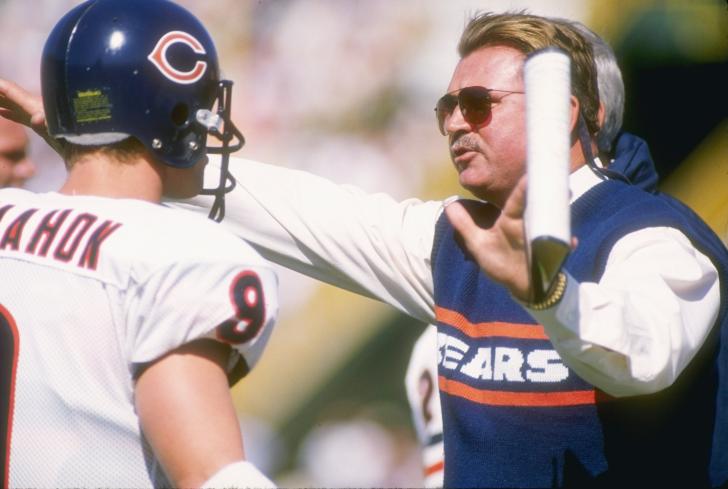 The game has changed since Jim McMahon, the only quarterback in franchise history to win a Super Bowl, was the Bears’ quarterback. It’s a pass-friendly league, as opposed to the run-heavy, monsters-of-the-midway type of football.

McMahon was drafted by the Bears in 1982, starting in seven games during his rookie season. In his first 12 starts, McMahon threw for 2,345 yards, with 13 passing touchdowns and 13 interceptions. 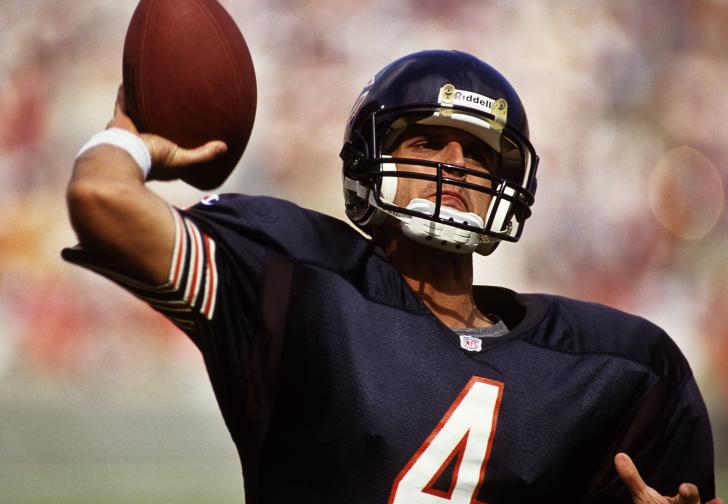 Jim Harbaugh was drafted by the Bears in the first round of the 1987 NFL draft. He had a decent career with the Bears, going 35-30 as a starter. Harbaugh struggled early in his NFL career but still managed to go 6-6 in his first 12 starts.

Harbaugh saw action in 33 total games by the time of his 12th start. In those games, he threw for 2,115 yards, with 8 passing touchdowns and 14 interceptions.

Harbaugh went 9-3 in his next 12 starts with the team. 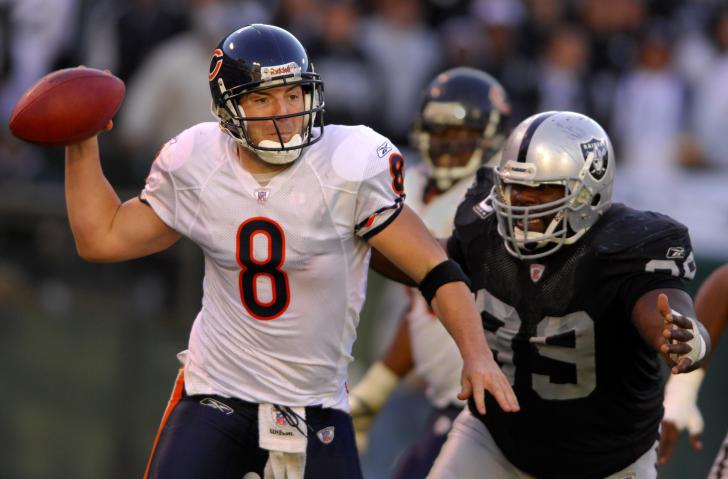 Rex Grossman had a very up-and-down career with the Bears. He did take Chicago to the Super Bowl in 2006, but couldn’t capture the same success McMahon did for the team in 1985.

Grossman was drafted in the first round of the 2003 NFL draft. In his first 12 starts, he threw for 2,546 yards, with 14 passing touchdowns and 9 interceptions. 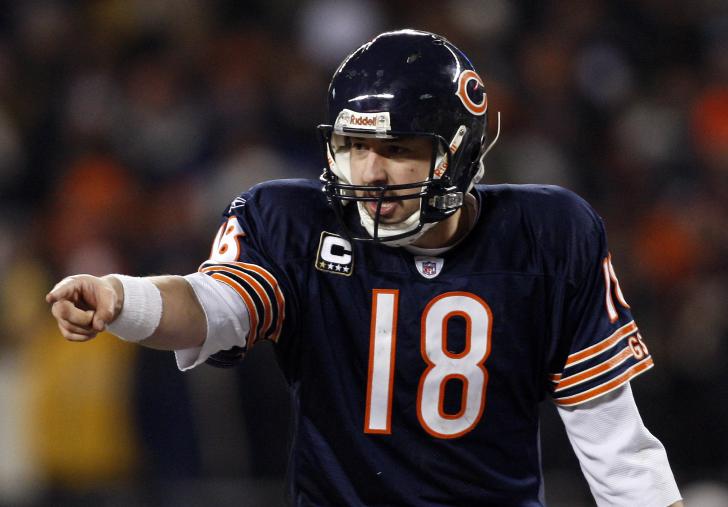 Kyle Orton was drafted in the fourth round of the 2005 NFL draft. Though Chicago had Grossman, they were looking to draft a quarterback. They had a chance to draft Aaron Rodgers with the fourth overall selection in the draft, but went with running back Cedric Benson, who didn’t want to play in Chicago, to begin with.

In his first 12 starts, Orton went 9-3 as a starter, throwing for 9 passing touchdowns and 13 interceptions, with 1,591 passing yards.

In his following 12 starts, Orton went 6-6 as a starter. Just a year later, he was traded to the Broncos for Jay Cutler in 2009.

Mitchell Trubisky’s career with the Bears was full of up-and-downs. He showed promise during his rookie season, taking over for Mike Glennon. He went 4-8 as a starter, with 7 passing touchdowns and 7 interceptions along with throwing for 2,193 yards.

After his rookie season, Trubisky took a major jump in his second year with the team. He went 9-3 in his next 12 starts, including a six-touchdown performance against the Buccaneers.

The hope fans should have is this, Trubisky struggled in his first three games (starts 13-15) of the 2018 season. Things seemed to click overnight from Week 4 and beyond, but Weeks 1-3 saw him throw just 1 passing touchdown. 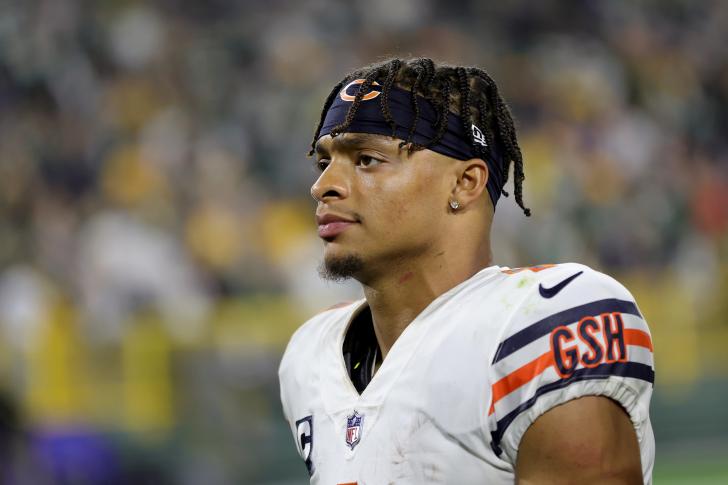 Fields has a lot of time to improve. As seen by former quarterbacks, their next 12 starts proved to be more successful than their first 12. If he can follow in their footsteps, Chicago will be just fine.