Hollywood Reporter
Share on FacebookShare Share on TwitterTweet
Jupiter’s Legacy was the top original series on Netflix for its premiere week, according to Nielsen. That wasn’t enough, however, to keep the show gong. The adaptation of Mark Millar… 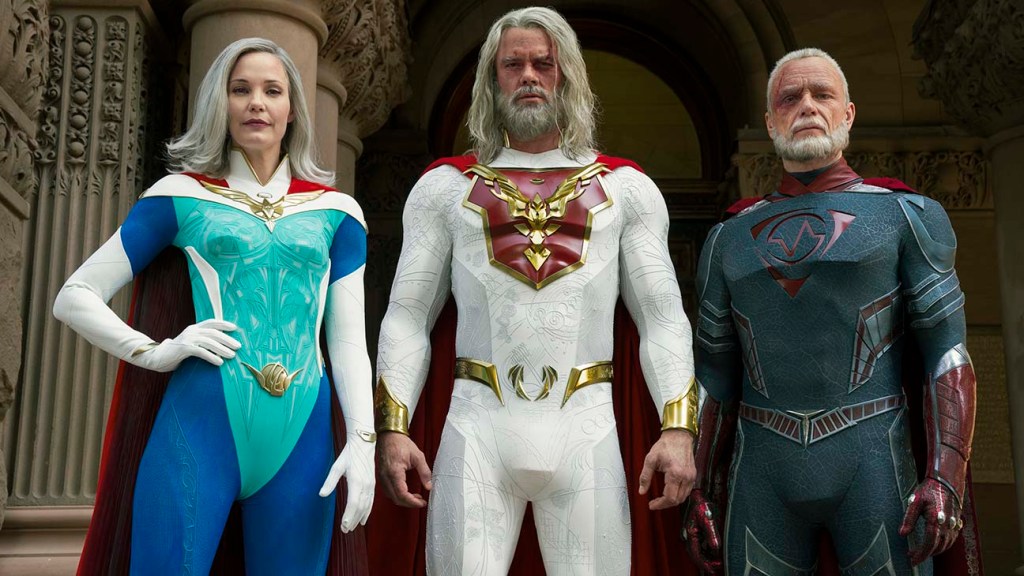 Jupiter’s Legacy was the top original series on Netflix for its premiere week, according to Nielsen. That wasn’t enough, however, to keep the show gong.

The adaptation of Mark Millar’s superhero comic pulled in 696 million minutes of viewing time in the week of May 3-9 (it premiered May 7), edging out Hulu’s The Handmaid’s Tale (690 million) for the No. 1 ranking among original series on Netflix, Hulu, Amazon’s Prime Video and Disney+. The release of the rankings comes a day after Millar and Netflix announced Jupiter’s Legacy was done at the streamer. Netflix, which acquired Millar’s company Millarworld in 2017, also gave a series order to a live-action show based on his and Leinil Francis Yu’s Supercrooks.

The 696 million minutes of watch time for Jupiter’s Legacy is slightly below Netflix’s last big series, Shadow and Bone. That show had 721 million minutes for its first weekend, then grew to 1.19 billion for the full week of April 26-May 2. It slipped to 555 million for May 3-9.

The Handmaid’s Tale fell a fair amount as it shifted to single weekly episodes on Hulu (the season four debut featured three installments). The drama’s 690 million minutes of viewing time was a 34 percent drop from 1.04 billion the previous week. (Nielsen measures viewing of all episodes of a series in its rankings.)

The top title overall for the week was Netflix’s animated movie The Mitchells vs. the Machines, with 853 million minutes of viewing time — equivalent to about 7.55 million full showings of the 113-minute film. Amazon’s Tom Clancy adaptation Without Remorse (568 million minutes) had a solid showing in its second week, falling about 25 percent from its opening.

Streaming platforms contend Nielsen’s methodology doesn’t capture the full scope of viewing on devices other than TV sets. Nielsen also only measures U.S. audiences, not those in other countries, and currently only includes Amazon, Disney+, Hulu and Netflix in its rankings.

Nielsen’s streaming top 10s for May 3-9 are below. Original streaming films are marked with an asterisk.