With his ongoing legal issues, it’s understandable why there’s interest in Johnny Depp’s net worth and how much he lost after her divorce from Amber Heard.

Depp—whose full name is John Christopher Depp—was born on June 9, 1963, in Owensboro, Kentucky. His family later moved to Miramar, Florida, before his parents’ divorce when he was 15 years old. When he was 16, Depp dropped out of high school to become a rock musician. He went on to play guitar in a band called The Kids. The band later moved from Florida to Los Angeles, where they changed their name to Six Gun Method. In 1983, Depp married his first wife, makeup artist Lori Anne Allison, the sister of Six Gun Method’s bassist and singer. The band split in 1984, and Depp and Allison divorced in 1985.

While he was married to Allison, however, his then-wife introduced Depp to actor Nicholas Cage, who encouraged him to pursue an acting career and introduced him to his agent. Depp’s first role was in 1984’s A Nightmare on Elm Street, in which he played one of Freddie Kreuger’s victims. The film went on to become Depp’s big break and led to roles in shows like 21 Jump Street and movies like Cry Baby. From there, Depp’s career skyrocketed with films like Edward Scissorhands, for which he earned his first Golden Globe nomination, What’s Eating Gilbert Grape, for which he earned his second, and Donnie Brasco. Depp solidified his A-list status in 2003 when he made his debut as Captain Jack Sparrow in the Pirates of the Caribbean franchise, which made him a total of $300 million and is one of the most successful movie franchises of all time.

Depp’s second blockbuster franchise came in 2016 when he played Gellert Grindelwald in the Fantastic Beasts movies. Depp starred in two Fantastic Beasts films and filmed one scene for the third movie before he was asked to resign after his ex-wife, Amber Heard, accused him of verbal and physical abuse. In 2019, Depp sued Heard for a 2018 op-ed she wrote about her experience as a victim of domestic violence in The Washington Post, alleging that she was the abuser in their relationship. Heard countersued Depp in 2020, alleging that he had “a harassment campaign via Twitter and [by] orchestrating online petitions in an effort to get her fired” from her D.C. Comics movie, Aquaman, and and her partnership with L’Oréal. Heard and Depp’s trial started in April 2022.

How much did Johnny Depp make from Pirates of the Caribbean? 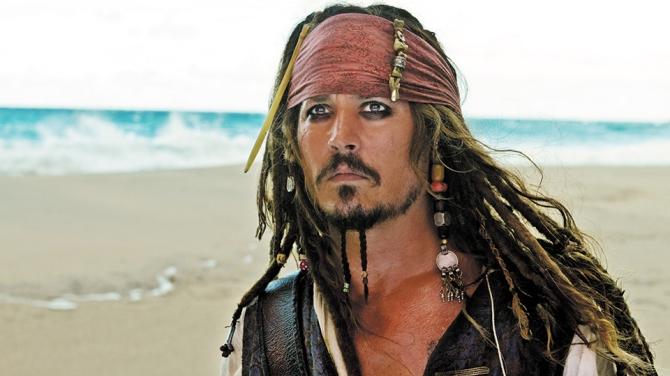 In an interview with Vanity Fair in 2011, Depp revealed that he believed he was overpaid for the Pirates of the Caribbean movies. “Basically, if they’re going to pay me the stupid money right now, I’m going to take it,” he said. “I have to. I mean, it’s not for me. Do you know what I mean? At this point, it’s for my kids. It’s ridiculous, yeah, yeah. But ultimately is it for me? No. No. It’s for the kids.” He also told the magazine that there was “a part of me that needs to have this kind of stimulation to the brain” when it came to his finances.

According to The Hollywood Reporter, Walt Disney Pictures, the production company behind the Pirates of the Caribbean movies, cut ties with Depp after his ex-wife, Amber Heard, accused him of assault in 2016. The magazine reported that, while Depp was shooting his fifth Pirates of the Caribbean movie, Dead Men Tell No Tales, he swallowed eight ecstasy pills at once and a fight with Heard, which resulted in the tip of his finger being sliced off. The injury led him to fly back to Los Angeles to surgery and Dead Men Tell No Tales to shut down production for two weeks, costing the studio $350,000 a day. Though Depp claimed in court Heard threw a bottle at him, which resulted in his injury, the judge sided with Heard. I have found that the great majority of alleged assaults of Ms. Heard by Mr. Depp have been proved to the civil standard. … I also accept that Ms. Heard’s allegations have had a negative effect on her career as an actor and activist,” Justice Nichol said. An anonymous studio executive told The Hollywood Reporter at the time that the case had led many studios, including Disney, to distance themselves from Depp. “You simply can’t work with him now,” the executive said. “He’s radioactive.” In 2020, The Hollywood Reporter reported that Margot Robbie had been cast as the lead of a new Pirates of the Caribbean franchise.

How much did Johnny Depp make from Fantastic Beasts? 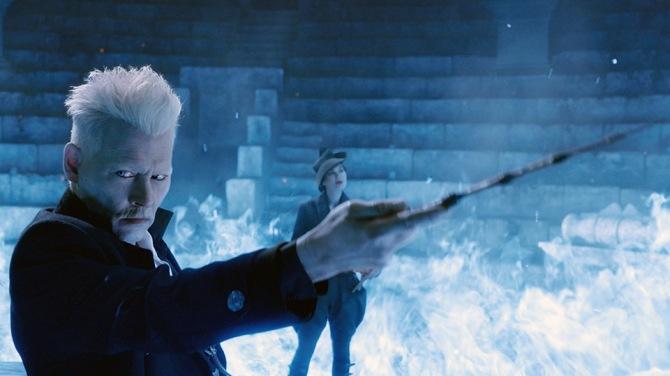 How much did Johnny Depp make from Fantastic Beasts? Depp played Gellert Grindelwal, a dark wizard, in two Fantastic Beasts movies: 2016’s Fantastic Beasts and Where to Find Them and 2018’s Fantastic Beasts: The Crimes of Grindelwald. Depp was also set to return for the third Fantastic Beasts movie—2022’s Fantastic Beasts: The Secrets of Dumbledore—and had filmed one scene for the film, but he was asked to resign from the franchise after Heard’s abuse allegations against him. “I wish to let you know that I have been asked to resign by Warner Bros. from my role as Grindelwald in Fantastic Beasts and I have respected and agreed to that request,” he wrote in an Instagram post at the time. Warner Bros. Pictures, the production company behind the Fantastic Beasts movies, also confirmed the news at the time. “Johnny Depp will depart the ‘Fantastic Beasts’ franchise. We thank Johnny for his work on the films to date,” a spokesperson said at the time. “‘Fantastic Beasts 3’ is currently in production, and the role of Gellert Grindelwald will be recast. The film will debut in theaters worldwide in the summer of 2022.” The role was recast by Mads Mikkelsen a month later. In an interview with The Sunday Times in 2021, Mikkelsen explained how he was cast in Fantastic Beasts after Depp’s scandal. “They called me and they were obviously in a hurry, and I loved the script and so said yes,” he said. “And I know it was controversial for many people, but that’s just the way it plays out once in a while.” He continued, “Obviously, they were going to do the film, and obviously he was not involved anymore. [But he] didn’t have a dog in that fight.” Mikkelsen also confirmed that he didn’t talk to Depp after he took on the role. “I don’t know what happened [in his private life], and I don’t know if it was fair, him losing the job, but I just knew that the show was going on, and I would’ve loved to have talked to him about it if I had the chance, but I just don’t know him in that sense,” he said.

So how much did Johnny Depp make from Fantastic Beasts? While Depp’s pay for the first two Fantastic Beasts movies isn’t known, The Hollywood Reporter confirmed in 2020 that he was paid his full $16 million salary for the third Fantastic Beasts film, despite only filming one scene. The magazine explained that Depp had a “pay-or-play contract,” which requires that he be fully compensated whether or not the film is made or if he’s recast.

,What is Johnny Depp’s net worth? 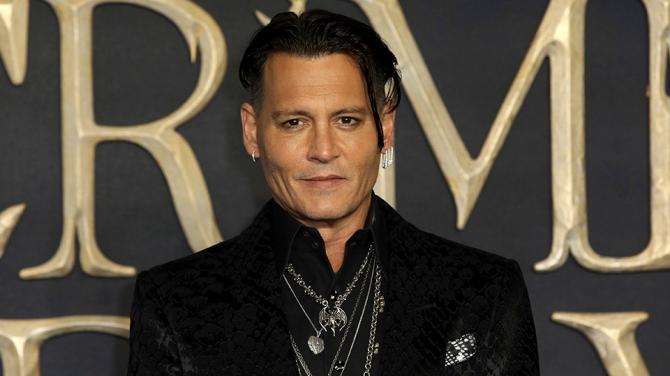 What is Johnny Depp’s net worth? Johnny Depp’s net worth is $150 million, with an average of $20 million per movie, according to Celebrity Net Worth. Along with what he made from the Pirates of the Caribbean and Fantastic Beasts movies, Johnny Depp’s net worth also includes his salaries from projects like Alice in Wonderland, Charlie and the Chocolate Factory and The Rum Diary. According to Celebrity Net Worth, Depp made $45,000 per episode on Fox’s 21 Jump Street, in which he played Officer Thomas “Tom” Hanson and starred on for four seasons from 1987 to 1990. The site also reported that he earned $5 million for 1995’s Nick of Time and another $5 million for 1997’s Donnie Brasco.

Depp also made a total $55 million for his role as Tarrant Hightopp, the Mad Hatter, in 2010’s Alice in Wonderland. His pay was a combination of a low base salary and high backend points that paid him eight figures after Alice in Wonderland earned more than $1 billion worldwide. The site also reported that Depp made $15 million from 2011’s The Rum Diary, $7.5 million from 2011’s Rango, $18 million for 2005’s Charlie and the Chocolate Factory (in which he played Willy Wonka) and $20 million for 2010’s The Tourist.

Johnny Depp’s net worth is 18 times more than his ex-wife, Amber Heard, whom he started dating in 2012 and married in 2015 with no prenup. Heard filed for divorce from Depp in 2016 and obtained a temporary restraining order against him, alleging in court that he had verbally and physically abused her often while under the influence of drugs or alcohol. A settlement was reached that same year, and Heard and Depp’s divorce was finalized in 2017. According to E! News, Heard asked for $50,000 per month in spousal support from Depp based on her “marital lifestyle,” however, her attorney later retracted that request. TMZ also reported at the time that Depp and Heard reached a $7 million settlement in their divorce. Depp paid some of that amount to the Children’s Hospital of Los Angeles in Heard’s name. He agreed to pay the rest of the settlement, $6.8 million, to Heard over the course of 15 months, starting in December 2016. In a statement to E! News, a representative for Heard commended Depp for his donation to the ACLU and the Children’s Hospital of Los Angeles but said that her ex-husband should “honor the full amount by donating $14 million to charity, which, after accounting for his tax deduction, is equal to his $7 million payment obligation to Amber.”

Along with his legal issues with Heard, Depp also sued his management company, The Management Group, in 2017 and accused them of “gross mismanagement and, at times, outright fraud.” Depp, who was managed by the company for most of his career, alleged in court that the firm caused him to lose tens of millions of dollars and rack up more than $40 million in debt by failing to file his property taxes on time, making unauthorized loans and overpaying his security and other services. The company counter-sued Depp, claiming that the debt was Depp’s own fault due to his overspending, which would amount to more than $2 million per month. According to Celebrity Net Worth, Depp spent more than $3.6 million per year on a 40-person full-time staff, as well as $30,000 per month on wine, $150,000 per month on bodyguards, and $200,000 per month on private jet travel. The site also reported that he spent more than $75 million on 14 homes around the world, including a chateau in France, a farm in Kentucky and several islands in the Bahamas. His entire real estate portfolio is worth $100 million. According to Celebrity Net Worth,. Depp’s worth also includes several yachts, 45 cars, 12 storage facilities filled with memorabilia, and an art collection that includes works by artists like Andy Warhol. The site also reports that Depp once spent $5 million on ashes of journalist Hunter S. Thompson fired from a cannon off a tower.

The Pirates of the Caribbean movies are available to stream on Disney Plus. Here’s how to watch them for free.

Our mission at STYLECASTER is to bring style to the people, and we only feature products we think you’ll love as much as we do. Please note that if you purchase something by clicking on a link within this story, we may receive a small commission of the sale.