CNN
Share on FacebookShare Share on TwitterTweet
Johnny Depp has lost his highly publicized libel case against the publisher of Britain's The Sun newspaper, whose claim that he was an abusive husband sparked a courtroom showdown between the Hollywood star and his ex-wife Amber Heard earlier this year.
Depp sued News Group Newspapers and Dan Wootton — The Sun's executive editor — over an article that claimed the "Pirates Of The Caribbean" star was violent toward Heard while they were together.
But the UK's High Court ruled in the publisher's favor on Monday. 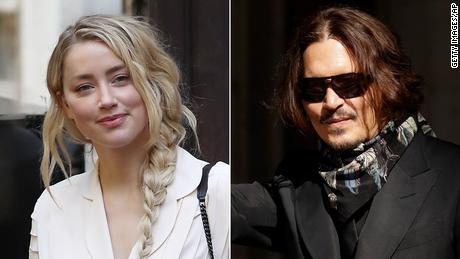 Citing evidence, including photos, audio recordings and Depp's own text messages, lawyers for the newspaper group argued in court filings that Depp "beat his wife Amber Heard, causing her to suffer significant injury, and on occasion leading to her fearing for her life."
Judge Andrew Nicol said in his judgment Monday that the paper's claims had been shown to be "substantially true."
"I have reached these conclusions having examined in detail the 14 incidents on which the defendants rely, as well as the over-arching considerations which the claimant submitted I should take into account," the judge said.
Depp had admitted long-term problems with drugs and alcohol during the trial but said the tabloid's claims that he was violent toward Heard were "completely untrue." 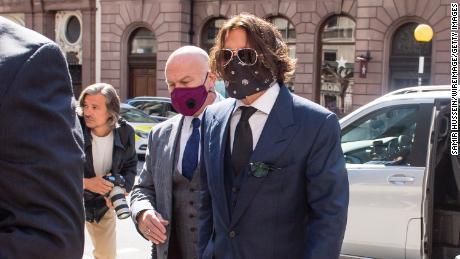 The legal showdown, a rare blockbuster trial to take place in Britain's courts, prompted days of tense testimony in July from Depp, Heard and several of their acquaintances, with Heard telling the court that Depp threatened to kill her "many times."
"When Johnny puts his attention on you, with all his intensity and darkness, it is unlike anything I've ever experienced," she said in a written witness statement submitted to the court.
"Some incidents were so severe that I was afraid he was going to kill me, either intentionally or just by losing control and going too far. He explicitly threatened to kill me many times, especially later in our relationship," Heard told the court, according to the UK's PA Media news agency. 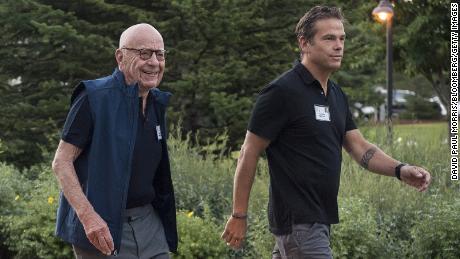 The Sun, which is owned by media mogul Rupert Murdoch's News Corp., said in a statement following the verdict: "The Sun has stood up and campaigned for the victims of domestic abuse for over 20 years. Domestic abuse victims must never be silenced and we thank the judge for his careful consideration and thank Amber Heard for her courage in giving evidence to the court."
Heard's lawyer added in a statement to PA: "For those of us present for the London High Court trial, this decision and judgment are not a surprise."
CNN has contacted Depp's representatives for comment.
Similar shots
This week's most popular shots
Topics of the week
How Do i register to vote Hurricane Ian tracker Steelers Cowboys Hurricane tracker Florida hurricane Packers Chiefs Buffalo Bills NASA used cars
Hot topics