How To Watch The Johnny Depp-Amber Heard Trial: Depp May Be Cross Examined By Heard’s Lawyer On Wednesday

Deadline
Share on FacebookShare Share on TwitterTweet
As Deadline reported exclusively yon Monday, Johnny Depp is testifying on his own behalf this week in his exceedingly high-profile, $50M lawsuit against ex Amber Heard. The proceedings are taking p… 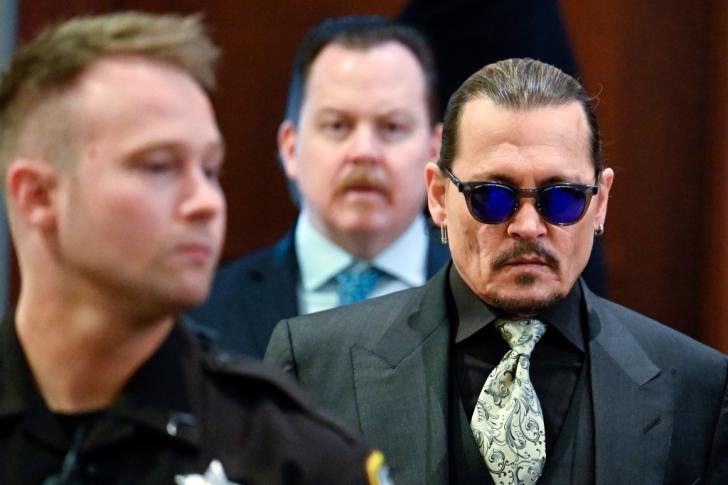 As Deadline reported exclusively yon Monday, Johnny Depp is testifying on his own behalf this week in his exceedingly high-profile, $50M lawsuit against ex Amber Heard. The proceedings are taking place in Virginia’s Fairfax County Courthouse. The news of Depp’s testimony was first reported by Deadline’s Dominic Patten and Ted Johnson, who are covering the trial. See all their exclusive coverage here.

Below is a link to the livestream from the courtroom provided by CourtTV. The outlet was picked by local officials to provide the footage, which is also being run by other outlets.

The ex-Pirates of the Caribbean star is expected to return to the stand on Wednesday at about 10 a.m. ET after the court is finished with any related housekeeping.

As of right now, the trial runs Monday to Thursday, with Fridays off.

On Tuesday, Depp took the oath and the stand for the first time. Also present were the seven-person jury, Heard, a platoon of lawyers, the cameras and Judge Penney S. Azcarate.

In his early testimony, Depp said he was fighting back against Heard’s accusations, in part, for his children’s sake.

Depp will continue on the stand Wednesday for cross-examination, a source close to the actor’s team tells Deadline. Heard is scheduled to take the stand herself later in the proceedings.

Read All Of Deadline’s Exclusive Reporting On The Trial

The trial is set to run for five weeks. However, there will be a pause from May 9-12 as Judge Azcarate attends to a previously scheduled conference engagement.

Along with Depp and Heard, A-listers like James Franco, WandaVision’s Paul Bettany and the world’s on-again/off-again richest man Elon Musk are set to testify in the Old Dominion-set trial.