Sports Illustrated
Share on FacebookShare Share on TwitterTweet
He will appear before a county judge on Friday morning and a temporary protection order will go into effect. 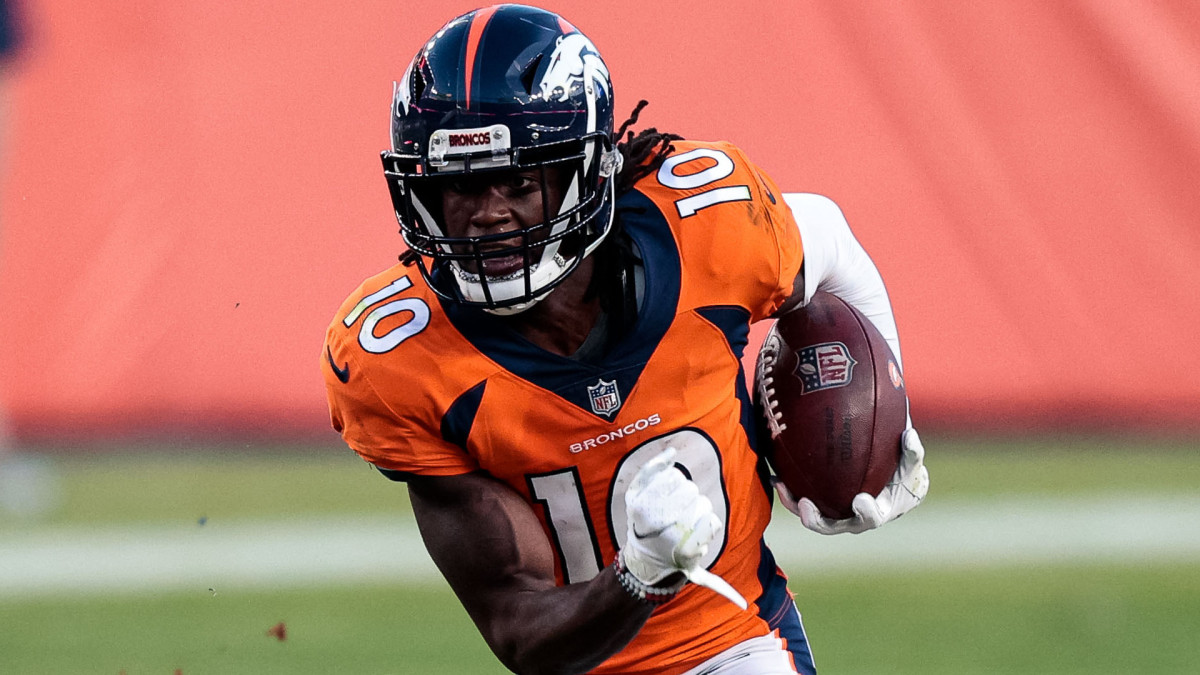 Jeudy is currently being held at the Arapahoe County jail on charges of “second degree criminal tampering w/a domestic violence enhancer.” While the violations are considered to be a misdemeanor, the 23-year-old is presently on a no-bond hold according to the sheriff’s office. As a result, he will be required to appear in front of a judge before he can be released.

According to Brown, Deputies arrived at an address within the county around 10:15 a.m. MT to a woman seeking to keep the peace in a situation. The woman had items that she claims Jeudy “was in control of.”

Brown said Jeudy and the woman have a one-month-old child together. KDVR-TV in Denver received a copy of the affidavit of Jeudy’s arrest in which the woman stated that “things got crazy” between her and Jeudy and that the Broncos wideout put her wallet, medical paperwork for their child and the baby’s car seat in his car, preventing her from getting access to the items.

Jeudy confirmed the woman’s claim to deputies, saying that “she took one of his three phones and would not give it back” to him as the reason he initiated his behavior, according to Brown. While Jeudy remains in jail, the woman said she does not want to get the Broncos wideout in trouble but simply “wants her items back so she can leave” and return to Virginia.

Brown said there was no physical contact in the incident, and that the domestic violence enhancer was added because he has a child with the woman. If Jeudy is found guilty, he could face a jail sentence and/or a fine. Jeudy will appear before a county judge on Friday morning and a temporary protection order will go into effect on Friday as well.

Earlier, Denver released a statement saying the franchise is "aware of the matter involving Jerry Jeudy and are in the process of gathering more information,” per Ryan O’Halloran of The Denver Post.

The Broncos drafted Jeudy at No. 15 in 2020 NFL draft. The former Crimson Tide standout and 2018 Biletnikoff Award winner compiled 52 catches for 856 yards and three touchdowns in 16 appearances in his rookie season. However, in 2021, injuries derailed his production, limiting him to 38 catches, 467 yards in 10 games.