The Athletic
Share on FacebookShare Share on TwitterTweet
Harden exited with 11:17 remaining the first quarter, pulling up and grabbing at his right hamstring after a drive on Bucks guard Jrue Holiday. 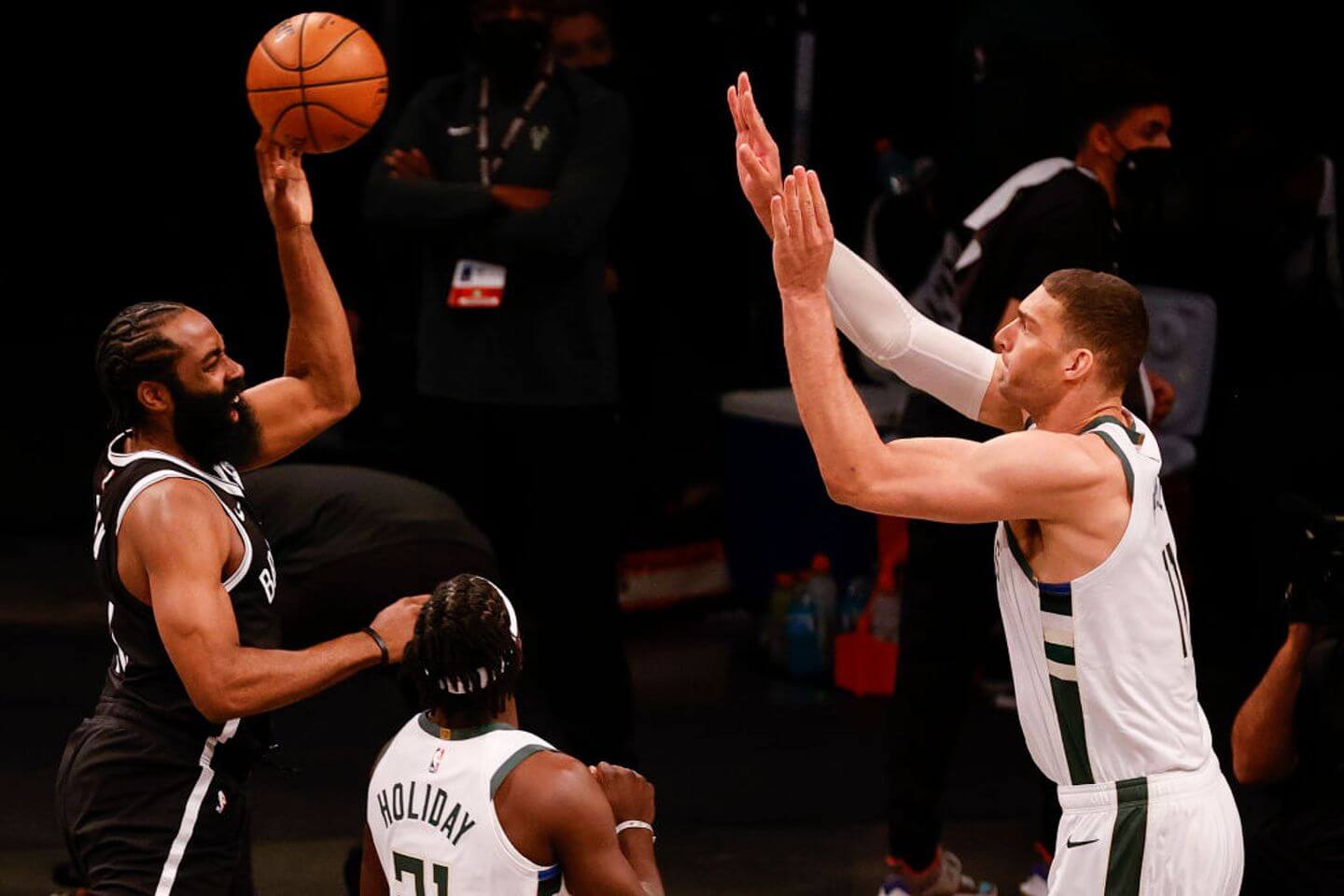 Brooklyn Nets guard James Harden left 43 seconds into Game 1 of their 115-107 Eastern Conference semifinal win against the Milwaukee Bucks on Saturday with a right hamstring injury and did not return.

Harden left the arena to get an MRI, The Athletic confirmed. Coach Steve Nash had no update on the results after the game.

Game 2 is Monday in Brooklyn.

Harden walked to the locker room with 11:17 remaining the first quarter after pulling up and grabbing at his right hamstring on a drive against Bucks guard Jrue Holiday. Harden missed 21 games this season due to the hamstring injury, including 18 consecutive games from April 7 to May 11. The Nets went 12-11 when Harden sat out this season.

Harden averaged 27.8 points, 10.6 assists and 7.2 rebounds per game in the Nets' first-round series against the Celtics.

"This shit sucks," Nets forward Kevin Durant said. "It sucks because I want him to be out there. I know how much he cares. I know how much he wants to be in this moment. I wish him a speedy recovery. We're going to keep him involved as much as possible, but … it's just a bad break."

Giannis Antetokounmpo had 34 points and 11 rebounds for the Bucks.