DraftKings Nation
Share on FacebookShare Share on TwitterTweet
Nets guard aggravated his hamstring in the first minute of Game 1 and the Nets still coasted to a double-digit victory over Milwaukee. 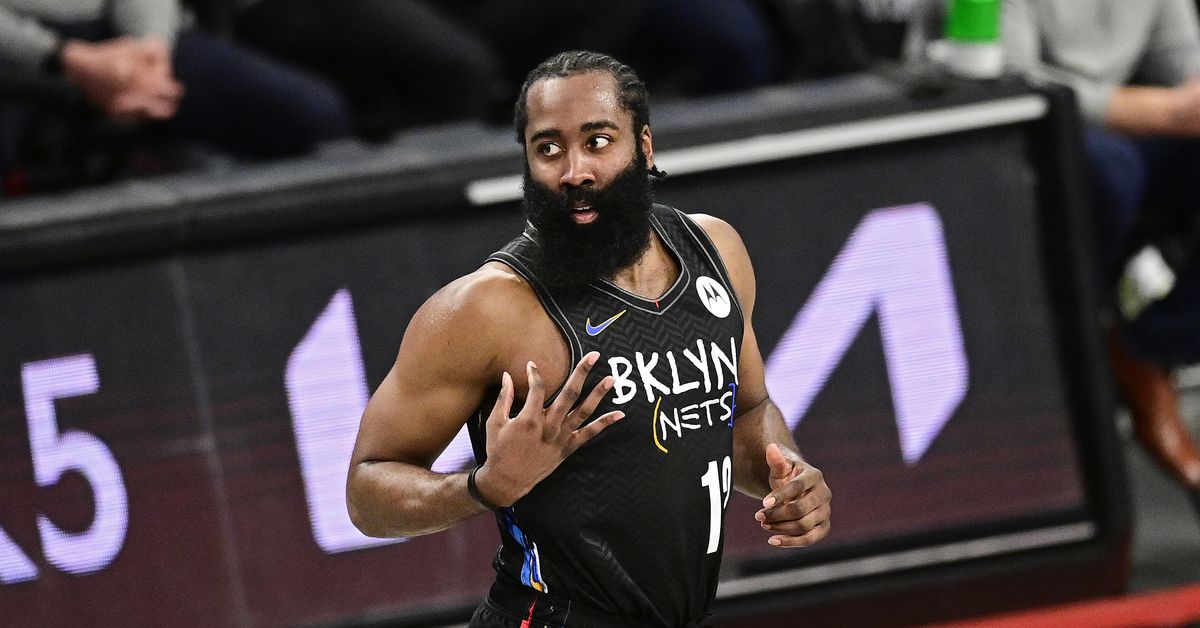 Brooklyn Nets G James Harden will not return to Game 1 vs. the Milwaukee Bucks on Saturday night. Harden appeared to tweak his right hamstring, the same one that held him out for a chunk of the regular season. The injury occurred on the first drive of the game and Harden had to leave shortly after. Here’s the play Harden appeared to injure himself on:

Final update: The Nets didn’t have Harden for about 47 minutes against the Bucks in Game 1 and it didn’t matter one bit. The Nets still coasted to a 115-107 win over Milwaukee to open the second-round series. Kyrie Irving and Kevin Durant combined for 54 points in the win while Griffin and Harris combined for 37 to make up the bulk of the score. Brooklyn covered the pre-game spread of 4.0 points and brought home moneyline bettors as well.

Update: The Nets have built up a sizable lead, 98-84, after the third quarter. Durant took over with 13 points in the third and he’s up to 25 in the game. KD also has 4 fouls so something to monitor heading into the final frame. Irving also has 25 points and Griffin and Joe Harris have combined for 28 points to make up for Harden’s absence.

Update: The Nets hold a 63-61 lead over the Bucks at halftime without Harden. Irving is up to 20 points and Durant has 12 while Brooklyn is running a pretty tight rotation. Irving and Durant are both on pace to play almost the entire game. We’ll see how sustainable that is for Game 1, let alone an entire series.

Update: Harden has left Barclays Center and is going for imaging on his hamstring, per ESPN’s Malika Andrews.

James Harden has left the arena to have imaging done on his right hamstring, a team spokesperson confirms to ESPN.

Update: Despite the injury to Harden early on, the Nets only trail the Bucks 32-30 at the end of the first quarter. Brooklyn is +1 on the spread after one and it appears this game will still be tight with Harden’s status up in the air. Kyrie and KD combined for 17 points in the first quarter and we should see the two play more minutes as a result of the Harden injury.

The Nets were 4-point favorites heading into Game 1 in Brooklyn. Most of the bets and handle were on Brooklyn on the spread and moneyline, plus the over was heavily bet at 239.5. Harden’s status impacts all of those lines and could shift futures odds to win the NBA championship, The Nets are currently +160 on DraftKings Sportsbook to win it all and -143 to come out of the East. If this ends up being a serious injury to Harden and he’s going to miss time, getting in on the Bucks futures to win the East seem favorable at +260.

With Harden out the rest of the game, we should see plenty of Landry Shamet and Bruce Brown off the bench for the Nets. Brown was likely going to play a key role anyway as a G/F combo with Jeff Green sidelined with a foot injury. The Nets are getting points on the live spread and the game has remained close even with Harden out. Kevin Durant and Kyrie Irving are still capable of winning games without Harden.