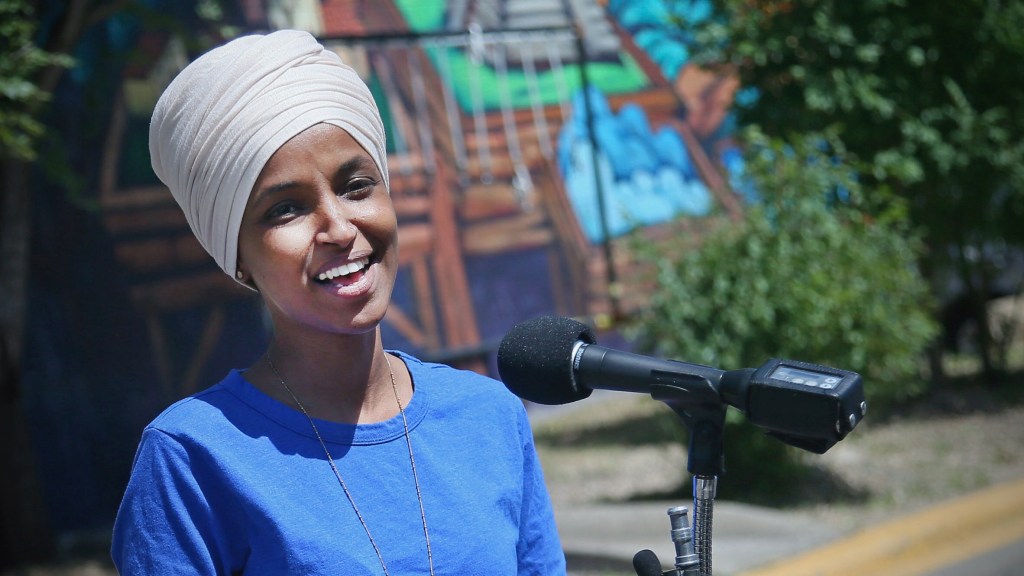 A Project Veritas report on alleged ballot harvesting in the Somali community has Republicans calling for an investigation.

The non-profit, conservative website known for using hidden cameras posted a 16-minute video Sunday of a man on July 7 bragging about his car being full of hundreds of ballots for Minneapolis City Councilman Jamal Osman who won his seat in August.

“Just today we got 300 ballots for Jamal Osman,” he said in a video he allegedly posted online in the summer, but later took down. The man, who Project Veritas identifies as Liban Mohamed, is seen filming himself on his route to collect ballots from the elderly in the Minneapolis Somali community. Many of the ballots are empty, the video alleges, and are filled out by Mohamed or others for the candidate of their choice, in this case Osman.

Osman said in a Monday statement that, throughout his campaign, he told staff, volunteers and supporters about “my values including the type of race I wanted to run. I stated publicly the importance to run a positive and ethical campaign. I condemn behavior that contradicts these values. That is why I also condemn the continued attacks on the integrity of the East-African immigrant community in Minneapolis.”

The video alleges the Minnesota Democratic-Farmer-Labor party and U.S. Rep. Ilhan Omar know about the fraud and have done nothing to stop it. It also promises there will be more videos to come on the topic.

The DFL and Omar’s office shot back, calling Project Veritas “a right-wing disinformation outlet” and compared them to President Donald Trump’s tax returns.

“The amount of truth to this story is equal to the amount Donald Trump paid in taxes in ten out of the last fifteen years: zero,” said Jeremy Slevin, senior advisor to Omar. “Amplifying a coordinated right-wing campaign to delegitimize a free and fair election this fall undermines our democracy.”

WHAT IS BALLOT HARVESTING?

Ballot harvesting is the practice of allowing political operatives and others to collect voters’ ballots and turn them in all at once to polling stations.

How many ballots one person can submit has varied in Minnesota, depending on court rulings.

In July, Ramsey County District Judge Thomas Gilligan sided with a legal challenge and the cap was lifted.

The Republican Party of Minnesota and Republican National Committee appealed the case and successfully petitioned the state Supreme Court, which ruled Sept. 4 to keep the number at three, which is what it will be for the Nov. 3 election.

“And so what we’re left with is a window of time where it was perfectly legal for a person to return more than three ballots,” said Risikat Adesaogun, Minnesota Secretary of State office spokesperson. “And of course the primary fell right in that window at Aug. 11.”

Republican Party of Minnesota chair Jennifer Carnahan called on Hennepin County Attorney Mike Freeman and Attorney General Keith Ellison “to investigate the apparent voter fraud exposed in the video,” in a Monday statement. “If this video is accurate, the MN DFL has been engaged in widespread voter fraud and has been manipulating elderly immigrants.”

Meanwhile, Ken Martin, Minnesota DFL chairman, said in a statement: “Project Veritas is a discredited, far-right propaganda outfit known for lying, entrapment, and breaking the law. At a time when President Trump is trying to use fake claims of voter fraud to subvert a free and fair election, anyone that uses completely unverified information from a right-wing propaganda group to bolster the President’s bogus claims is doing real harm to our democracy.”

Leading the GOP charge is Rep. Steve Drazkowski, R-Mazeppa, who announced in a press conference Monday morning that he was the one who contacted Project Veritas before the primary election in August after hearing numerous complaints from Somali citizens and being frustrated with what he felt was the FBI’s lack of progress on the voter fraud investigation.

The video, allegedly posted by Liban Mohamed and featured in a Project Veritas expose on ballot harvesting in Minnesota elections, was given to the Pioneer Press on Mon., Sept. 28, 2020 by Minnesota Rep. Steve Drazkowski, R-Mazeppa, who said it was the original video which Mohamed allegedly took down from his Twitter account.

“My role has been bringing people together and attempting to coordinate this as much as we can,” Drazkowski said.

Ripples of the video’s message spread through the nation Monday. Even Trump, who has his sights set on turning Minnesota red, weighed in with this tweet and a dig at Omar: “This is totally illegal…We will win Minnesota because of her.”

Quoted in the video is Omar Jamal, who Project Veritas identifies as chairman of the Somali Watch Dog Group, whose website — which was registered a little over a month ago — says its purpose is to combat “fraud, corruption and abuse of power.”

Jamal has been a go-to source for journalists on the Minneapolis Somali community for the past 20 years. He’s been quoted by the New York Times on the civil unrest in Minneapolis and in the Washington Post criticizing Omar’s anti-Semitic comments in 2019. He’s been interviewed by several national television stations over the years on a variety of topics including the radicalization of Somali youths.

In the video, Jamal assists Project Veritas by secretly recording conversations with people involved in the alleged voter fraud scheme. He said Mohamed and others work for Omar, and he further accused Omar’s office of buying votes.

An anonymous source, who is identified as a former political worker, explains the “ballot harvesting scheme” in the video.

Operatives go to apartment buildings in the Somali community in Omar’s district, she said. They talk to the elders and the women and ask for their ballots. They take pictures of their social security cards and drivers’ licenses. Then, they fill out the ballots and file them. They keep the information in a database and track who is getting the ballots for the next election, the woman says.

Jamal said first-generation immigrants who don’t understand the U.S. election system are the ones primarily targeted.

“They came from a military government,” he said. “That’s the only system that they know.”

The Hennepin County Attorney’s office said it has received no information or cases involving so-called ballot harvesting in any elections held in Hennepin County this year.

“The Hennepin County Attorney’s office takes those cases very seriously and after every even-year election, we usually file a dozen or so cases involving some type of election violations, primarily felons voting despite still being on probation,” the Hennepin County Attorney’s office said in a statement. “If Project Veritas has evidence of election law violations, they should provide it to the Minneapolis Police Department.”

Minneapolis police said in a Monday statement they are “aware of the allegations of vote harvesting. We are in the process of looking into the validity of those statements.”

Republican leaders are looking to the Minnesota Secretary of State Steve Simon.

“The potential alleged violations of state law documented in the video include unlawful voter harvesting …, illegal payments to voters …, and elderly voters targeted for absentee ballot fraud,” House Minority Leader Kurt Daudt, R-Crown, and Rep. Jim Nash, R-Waconia, Republican lead on the House Elections Committee, wrote to Simon. “As Minnesota’s top election official, you have a responsibility to ensure fairness and integrity of our elections.”

The Secretary of State office defers back to local authorities.

“Our office does not make determinations of legality, nor do we have investigative authority,” Adesaogun said. “Any person who believes they have evidence of unlawful voting activity should alert the county attorney’s office.”