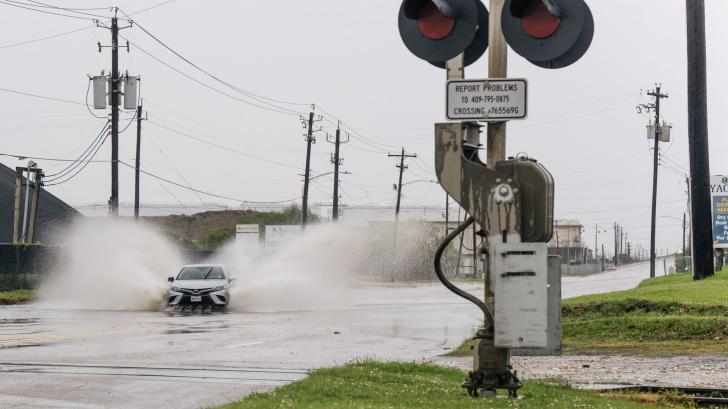 Low-lying areas could flood with heavy rains that may be pushing through Houston today. Photo: Brandon Bell/Getty Images

A bout of severe weather could be in store for Houston on Tuesday, so pack the umbrella.

Driving the news: A cold front pushing through the state could bring thunderstorms and other types of severe weather through the evening.

Threat level: The National Weather Service's Storm Prediction Center gives Houston a slight risk (a 2 on a scale of 5) for severe weather, with higher risks for communities generally south of Harris County.

Details: Severe weather is expected to hit Houston between 9am and 7pm Tuesday, but keep an eye on things, especially from noon to 4pm when the front itself passes overhead.

Looking ahead: Forecasters are eyeing another round of storms this weekend as southerly winds kick up moisture from the Gulf of Mexico.

???? Our thought bubble: Be sure to keep up with the National Weather Service and your go-to broadcaster for updates on when and where the storms will crop up.

Dig deeper: The South is set up for more seasonal rainfall in the summer months, according to the Storm Prediction Center.

Yes, but: The total rainfall predicted between now and the end of April is still below average despite the threat of severe weather this week.