Yahoo Lifestyle
Share on FacebookShare Share on TwitterTweet
Sorry not sorry but The Rock looks way better without hair, as evidenced in this photo If there’s one celebrity dad everyone can universally agree is Good, it’s The Rock. Sure, he shares tidbits of all three of his girls and adorable photos and gushes 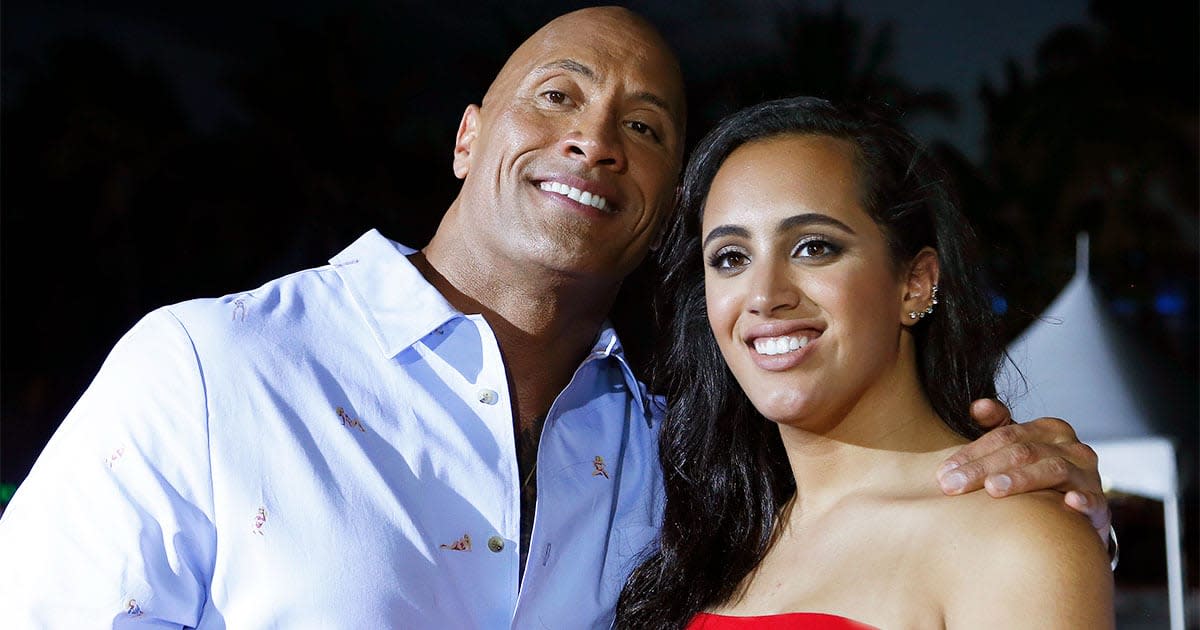 Sorry not sorry but The Rock looks way better without hair, as evidenced in this photo

If there’s one celebrity dad everyone can universally agree is Good, it’s The Rock. Sure, he shares tidbits of all three of his girls and adorable photos and gushes over them like anyone with a massive Instagram following would do. But there’s honestly nothing disingenuous about it, and we love it when he shares. Especially old throwbacks — like the photo he posted today for his oldest daughter’s birthday.

Today, Simone Johnson turns 19 years old and her proud papa was ready to tell the world about it via an old pic of the pair during her younger days. “Happiest of birthdays to my first born, Simone Garcia Johnson,” he writes in the caption. “If only I could bottle up time and hold onto these little hands.”

Sometimes it’s easy to forget the days the former WWE wrestler had a full head of hair, and while this is absolutely not the case for many men — he looks so much better with a bald head! He’s aged better than a fine wine, tbh.

Earlier this year, it was announced that Simone would actually follow her father’s footsteps right into the wrestling ring. She signed with WWE and was training at the WWE Performance Center in Orlando, Florida, before the pandemic hit.

According to a statement, Johnson, a fourth-generation wrestler with the organization, understands what this means to her entire family: “It means the world to me. To know that my family has such a personal connection to wrestling is really special to me and I feel grateful to have the opportunity, not only to wrestle, but to carry on that legacy,” she said.

Along with Simone, The Rock is father to two little girls, Tia and Jasmine with his wife Lauren, and he often shares adorable (and relatable) little snippets into their daily life together. Like his ongoing quest to convince his youngest that Maui, from Moana, is, in fact, he.

And much like the rest of us, The Rock is just doing the best he can to stay sane and keep his children entertained while we’re all basically just isolating at home indefinitely.

Now the only remaining question is, at what point of the pandemic quarantine do we have to hit before he posts the most famous throwback of all — the turtleneck, chain, fanny pack, earring image we all know and love?

Because we could all use a good laugh right now.

See the original article on ScaryMommy.com