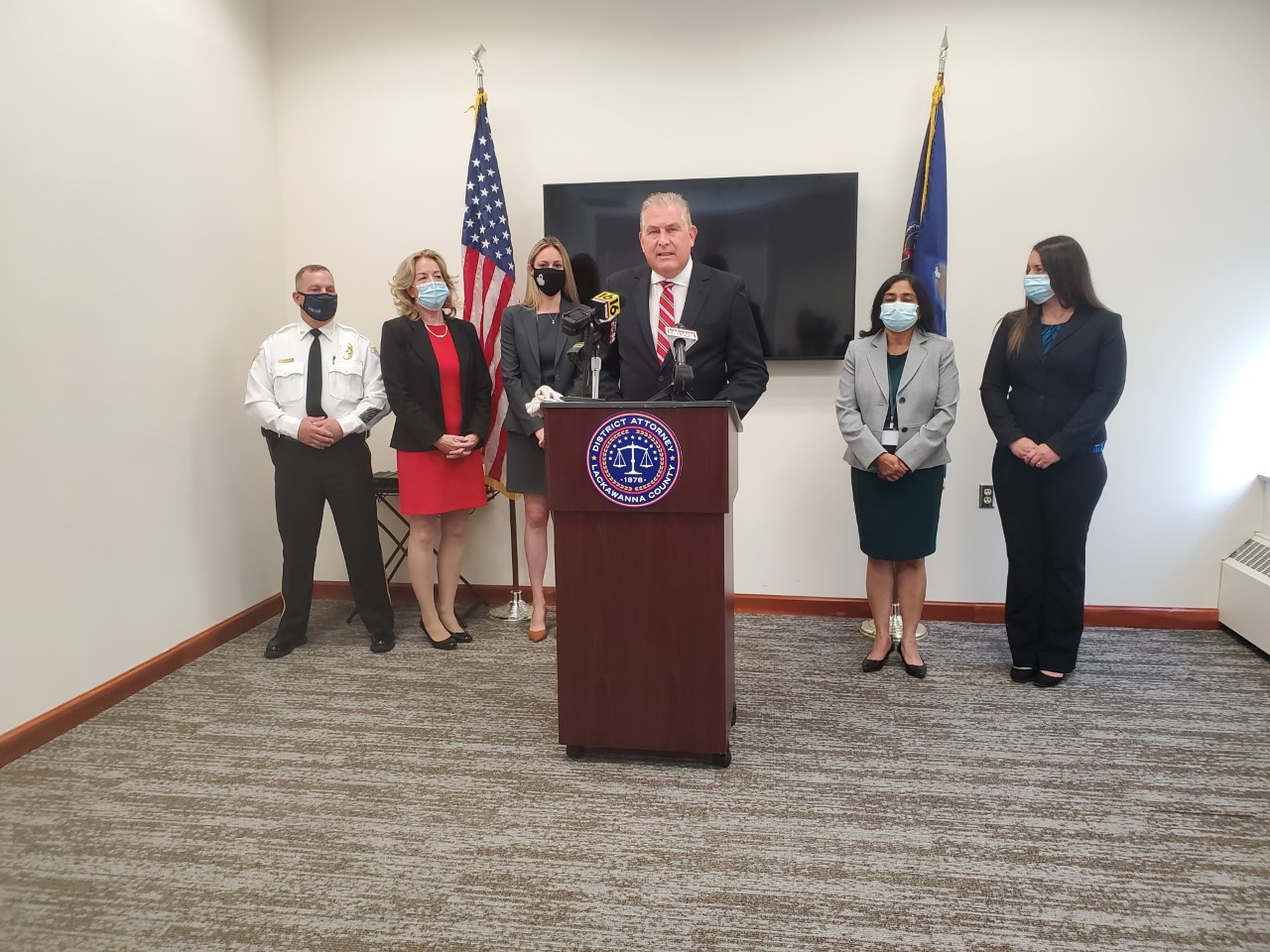 According to a press release from DA Powell, the Overdose Fatality Review Team, established by Powell’s office in 2020, is seeing more deaths due to straight fentanyl than they ever have before.

“This is new, this is terrifying and it is deadly,” said Powell.

“To make matters worse dealers have cut the price of fentanyl in half. $200 a gram previously, now $100 a gram,” Powell said.

Powell also stated dealers are selling straight fentanyl as heroin, by disguising the color and consistency. Also, he says law enforcement is seeing Fentanyl being mixed with pills and other drugs like marijuana, including edibles and vapes.

“This year to date 92 percent of all overdose deaths involved some degree of fentanyl,” Powell said.

So far, 10 of 52 overdose deaths, have been caused by pure fentanyl this year.

“This number is double the number of straight fentanyl deaths that we just saw a year ago,” said Powell.

Powell is calling on all the municipalities of Lackawanna County to follow the city of Scranton’s lead to decriminalize possession of fentanyl test strips, as they are considered drug paraphernalia under state law.

“We need to burst the stigma on addiction in a range of ways and fentanyl being so, so lethal and the stories of it being masked as Percocet are terrifying, they’re terrifying for anybody out there,” explained Scranton Mayor Paige Cognetti.

Mayor Cognetti announced Tuesday, she will be introducing new legislation to the city council that would decriminalize fentanyl testing strips, which is considered drug paraphernalia in the state.

“This is something we can do to show that we are serious about reducing harm,” said Cognetti.

Chief Leonard Namiotka says his officers will continue to err on the side of caution when responding to an overdose call.

“We don’t want to cross-contaminate ourselves as well and possibly have an incident there where our officers are affected by that,” said Namiotka. “Until we can test that drug to make sure what it is. Double gloving handle it little as possible.”

DA Powell said he is calling on Governor Tom Wolf and Pennsylvania legislatures to change the drug delivery resulting in death statute to provide even harsher punishments when an overdoes death involves straight fentanyl.

As September is National Recovery Month, if you feel you may be addicted to drugs or need help please go to lackawannarecovery.org or call 1-800-662-4357.