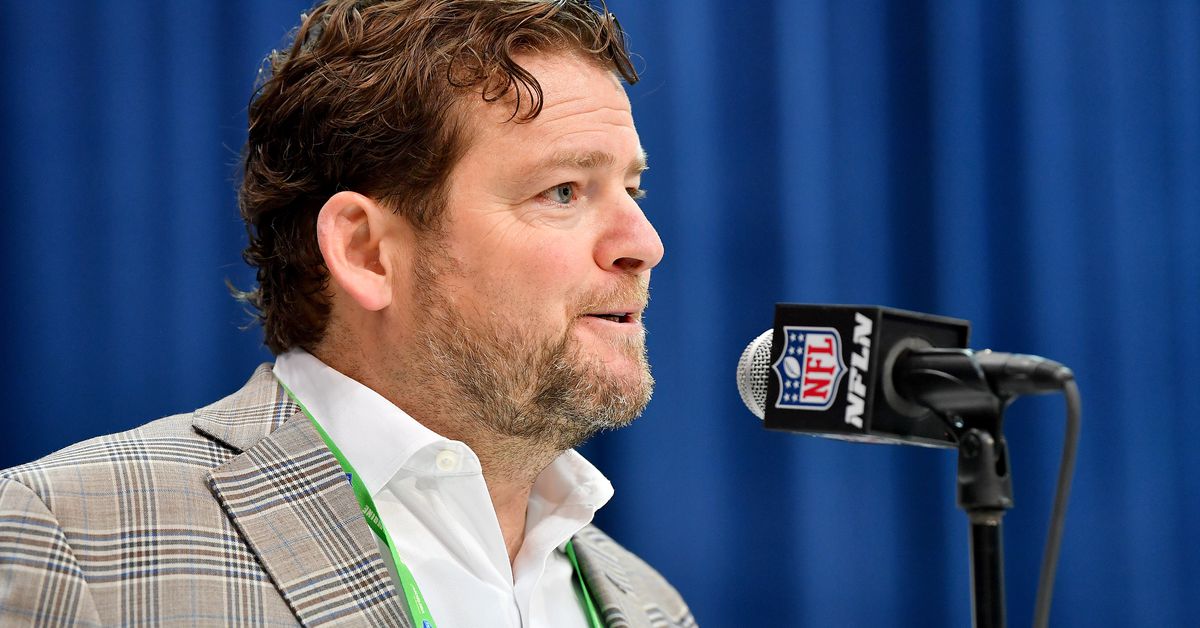 The Lions made some big waves on Sunday afternoon when Ian Rapoport reported the Lions are making a run at current Seattle Seahawks GM John Schneider.

The Lions must absolutely make this happen. They need to do everything they can to make it happen. Rod Wood needs to go down to the nearest U Haul rental station, rent the biggest truck, pack it full of money, and leave it in John’s driveway with a contract taped to it. This is the best route the Lions can go.

For years the Detroit Lions, and many other teams, to be fair, have been doing their best to be the New England Patriots. It’s failed for everyone. It’s because teams have been trying to follow the wrong blueprint. The team that the Lions should want to be like is the Seattle Seahawks: A perennial playoff team with perennial chances to win the big one. They draft well, they sign well and they just generally run the organization well. Here is the Lions’ opportunity to make that happen.

Schneider has been around the NFL for a long time. He has his fingerprints all over several successful situations. Schneider was a scout for the 1996 Super Bowl winning Green Bay Packers, he was part of the team that brought some guy named Aaron Rodgers to Green Bay, and he also helped build the team’s 2010 Super Bowl championship team as well before he left for Seattle.

In 2010, he teamed up with Pete Carroll to run the Seahawks, and the team has gone 111-63-1 with nine playoff berths, two Super Bowl appearances and a Super Bowl win. What else do you need to see? How about a NFC North foe also wanting Schneider?

That’s right, the Green Bay Packers wanted Schneider back in 2018. The Seahawks denied them the opportunity to interview him at the time. This isn’t just another hire, this is likely a franchise changing hire.

There are some concerns from Lions fans that Schneider is some sort of pawn that answers to Pete Carroll, but that is very exaggerated. While Carroll does have final say on personnel decisions, Schneider and Carroll work more as a team than as one answering to the other. There’s a reason why Seattle media is adamant the Seahawks keep Schneider from leaving.

With all things Lions, there’s usually a rub. This is no different. There’s some questions about tampering brought up by Pro Football Talk’s Mike Florio. In the article, Florio points out that the wording in the NFL’s anti-tampering policy shows that the Lions can’t necessarily approach Schneider without consequence, unlike Rapoport’s initial story seems to suggest. Florio also speculates that the Lions would potentially have to compensate the Seahawks in some way to pry Schneider away. So it appears there’s a good chance the Seahawks shut it all down by simply refusing an interview, like they did with the Packers.

The other issue is that Schneider doesn’t seem all that receptive to the rumors. When asked about the rumor by Seahawks play-by play man Steve Raible, this was Schneider’s response:

That doesn’t sound like a guy that’s super excited to leave his current post. Can you blame him? The Seahawks are a constant success, and the Lions are working on hiring their fourth GM in 13 years. It’s a risky move for most GMs. While Schneider’s track record is probably good enough to sustain the hit of failing in Detroit, it’s still a risky ask.

Where the Lions have the upper hand and can make a play is money and power. Schneider is currently not in the upper tier of GM salaries, per Florio’s report. The Lions can make that happen. They could make him the highest-paid GM in the league and that would be one heck of a bargaining chip. Speaking of bargaining chip, it’s possible that Schneider is posturing in an effort to get the Seahawks to pay him all that money.

Detroit could also offer Schneider the ability to be not just “the man,” but the only man. With the Lions, Schneider can can bring his vision of a football team can be to life. He can hire, draft and sign whoever he wants in Detroit. Will that be enough?