Hollywood Reporter
Share on FacebookShare Share on TwitterTweet
Showrunner Danny Strong and stars Peter Sarsgaard, Rosario Dawson, Kaitlyn Dever and Will Poulter tell The Hollywood Reporter about the limited series that tackles the opioid epidemic and “crimes of Purdue Pharma.” 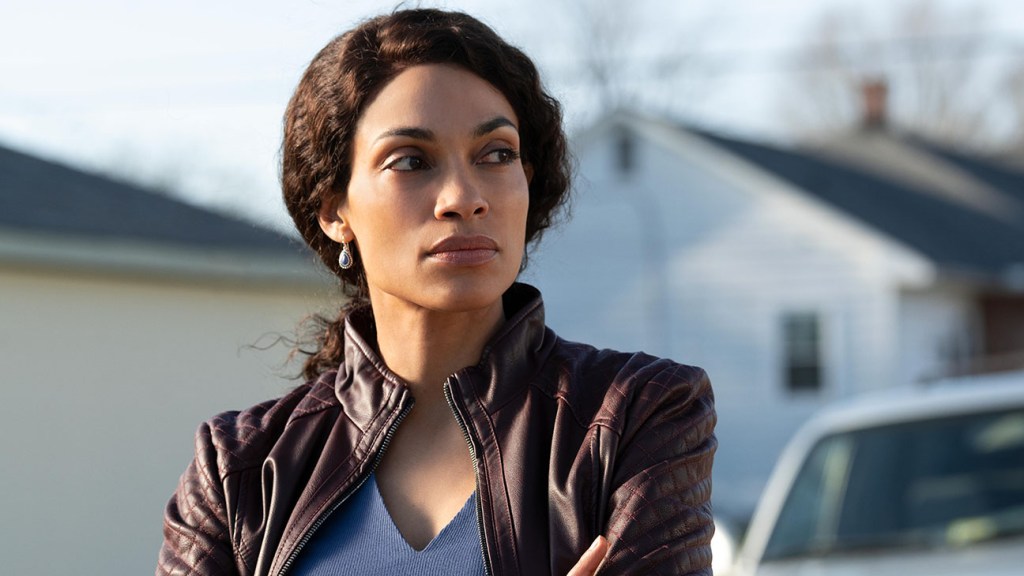 But in terms of what attracted the actors to the project, Dawson, Sarsgaard and a number of other stars were driven by personal connections.

Both Dawson and Sarsgaard told The Hollywood Reporter at last week’s premiere that they knew people who had been affected by the opioid epidemic, with John Hoogenakker, who plays Sarsgaard’s character’s fellow assistant U.S. attorney, sharing some broader geographic ties.

“I’m from North Carolina, from a part of the country that’s been really intensely affected by the opioid crisis, and I wanted to be part of setting the record straight,” Hoogenakker told THR. “I feel like people who have fallen prey to opioid addiction have been unintentionally maligned by Purdue Pharma and other pharmaceutical companies so that those people can continue selling their drugs, which leaves people who follow the news with the idea that these people were going to become addicted to something at some point anyways.”

He adds, “And the takeaway is you have a 16-year-old son and he plays football and he has a knee injury, he gets prescribed OxyContin and he becomes addicted to it and his entire life changes. This can happen to a woman driving a car who gets a shoulder injury. I think it’s a dirty little secret that a lot more Americans share than talk about.”

In addition to listening to podcasts, reading articles and Beth Macy’s book of the same name that inspired the series, the actors also connected with their real-life counterparts, sometimes through prep by showrunner Danny Strong.

“One thing that’s great about working for Danny is he’s just so lock-step with his research,” Jake McDorman, who plays U.S. Attorney John Brownlee, told THR. “He has so many sources. He was talking to the character I play, who’s a real guy, the whole time, kind of telling me, ‘Oh, Brownlee just told me this great story, I’m going to put it in episode seven.’ So you got to kind of vicariously have a connection with people you’re playing through Danny. I didn’t talk to John while we were shooting; I’ve talked to him since we finished.”

Dawson said her preparation included interviewing Strong “because he interviewed everybody. My character is a bit of an amalgamation of a couple of different characters, so it was really good going into different scenes and knowing this scene: This is exactly what happened to this woman. That really helped. It was nice to have a character that I could create a little bit.”

Will Poulter, who plays a Purdue sales rep, also cited Strong’s “journalistic approach” reflected in the scripts. He also consulted many of the Purdue training materials online and “looked at some of the salesperson materials that were out there at the time in the ’90s, the sort of books and documents that a young salesperson might be reading to gain an edge or the upper hand on the competition,” he said. “It’s kind of disturbing to look back on what was once considered standard business etiquette actually reads like manipulation and coercion and deceit.”

And it’s the exact opposite of this calculating mentality that the Dopesick team hope viewers take away from the project. “Hopefully this will be really helpful in building people’s empathy and also their urgency,” Dawson said.

Kaitlyn Dever, who plays a young miner who starts taking OxyContin after an injury, told THR that going into this series, “I didn’t know much about the opioid crisis other than the fact that it existed. I didn’t know about the injustice of it all. I didn’t know about the Purdue Pharma and Sackler family side of it. All of that was super eye-opening to me, and it immediately became something that I just needed to be a part of. I wanted so badly to be a part of telling that story and to hopefully open eyes and spread the word, and allow people to have a little more empathy towards addiction.”

And Strong said he hopes the show motivates people to help those they know who might be dealing with addiction.

“I want people to think about a path forward, about treatments and therapies and different things that people with an opioid abuse disorder — and that the relatives and friends of people that suffer from one — could do to not just have more compassion for them so that they can have a better understanding of what they’re going through, but that they can help them find a path forward,” he explained.

And he wants the series to serve as evidence of what Purdue did. “I hope [viewers] take away an understanding of the crimes that Purdue Pharma perpetrated on the American people, because it’s quite shocking and horrendous, and there’s a feeling that they’re going to get away with it. At least we can have this show to document for everyone what they actually did,” Strong said.

McDorman expressed a similar hope that people realize the issues the series explores are ongoing.

“This isn’t something that we made that can be wrapped up in a ball or that’s a period piece where there’s a happy ending and everyone responsible has been put away and we don’t have to worry about it anymore,” he said. “Not only do we have to specifically worry about the opioid epidemic, but also the power of incentives when it comes to our medical community,” he says. “It’s a weird system where you can have so much money, but you can’t be held accountable for getting hundreds of thousands of people addicted and dying. And that’s kind of the world we live in.”

He adds, “I feel like one of the things that gives us the most justice is that we know about it now, because nobody responsible is going to see any jail time, and there’s no fine you can slap on a multibillion dollar corporation that’s going to change anything. So the fact that we actually know what’s going on and we’re talking about it and there’s documentaries and TV shows about it — I think it’s one of the only things we’ve got to be more actionable.”

And Sarsgaard wants people to use that knowledge to advocate for reforms. “I hope that people sense [the cast members’ feelings about this issue] and it drives them to demand change not only within companies like Purdue Pharma, but also the way that we protect big companies, the way that the FDA protected them and the way that our Congress protected them. I think that in many aspects of our lives, and not just the pharmaceutical companies, big business and kind of the anonymous face of big business is valued over the individual American, and we have to demand that that changes.”

The first three episodes of Dopesick are now streaming on Hulu, with additional episodes releasing weekly.