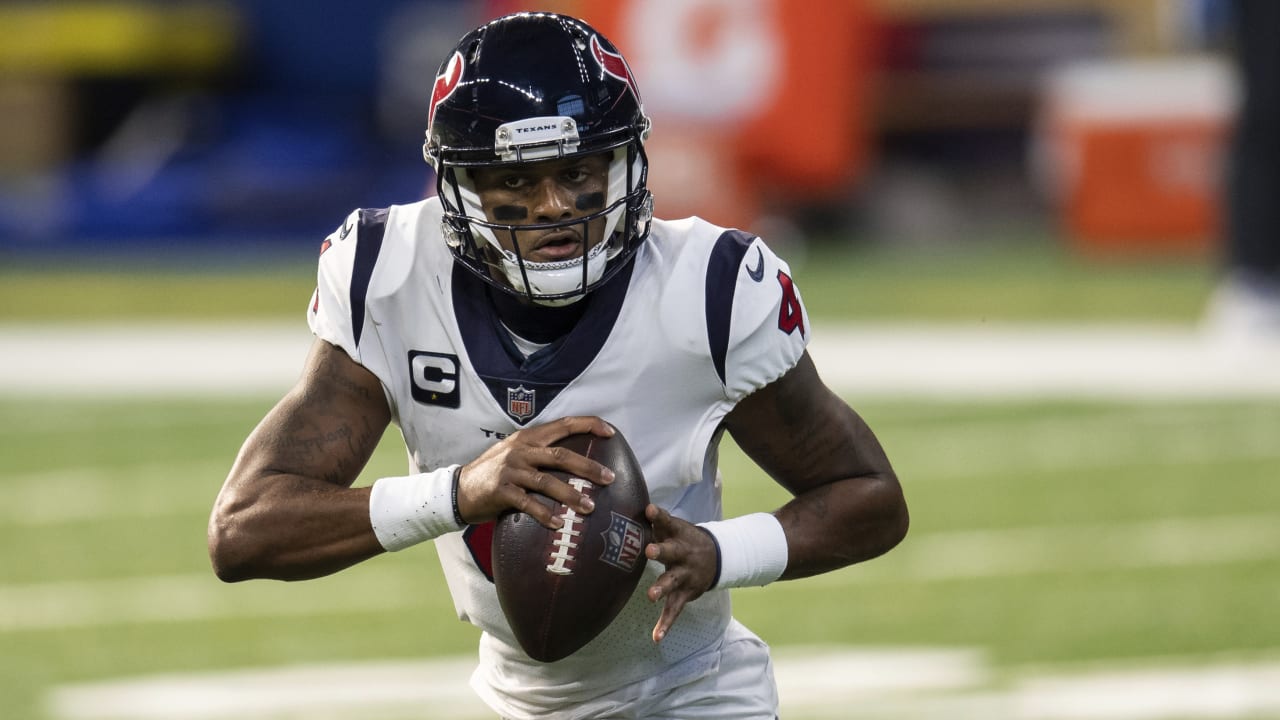 The lawyer for Houston Texans quarterback ﻿Deshaun Watson﻿ said that he believes that "any allegation that Deshaun forced a woman to commit a sexual act is completely false" in a Tuesday statement that also included a declaration on behalf of Watson claiming one of the believed plaintiffs in question previously tried to extort him.

The statement from Rusty Hardin came after additional lawsuits were filed this week accusing Watson of sexual assault and harassment and is the most robust statement from Watson's camp since the allegations first became public last week.

Watson is currently facing 16 separate lawsuits filed in Harris County, Texas, and the 16 women are all represented by Houston lawyer Tony Buzbee. The claims in the latest suits -- two of which were filed Tuesday -- are similar to those in the earlier cases in which the women accuse Watson of exposing himself, touching them with his genitals or kissing them against their will while he got a massage.

"I want to emphasize at the outset that we and Deshaun recognize that sexual assault and harassment are not only unlawful, but morally wrong," Hardin said. "It takes courage for women to come forward to report being mistreated, particularly when they attach their names to a lawsuit. We do not take these allegations lightly. However, fairness to the accused is equally as important."

In his statement, Hardin claimed that Buzbee has refused his legal team's requests to confidentially provide the names of the plaintiffs so they can investigate the allegations details in the suits.

Hardin also stated that his team believes it has been able to identify one of the plaintiffs and they "have strong evidence showing the allegation is false." Hardin included a declaration from Watson's marketing manager, Bryan Burney, who said that he spoke with who he believes to be the plaintiff in "Jane Doe v. Deshaun Watson, Cause No. 2021-15613." Burney said in the declaration that the plaintiff told him that she wanted to be paid $30,000 "for what she referred to as 'indefinitely silence' about her encounter with Deshaun." Burney also said that the plaintiff told him that her encounter was consensual, per the declaration.

"We have received numerous unsolicited comments in the past week from many licensed massage therapists who have worked with Deshaun in recent years," Hardin said. "These women describe him as a gentleman and a model client who never engaged in inappropriate conduct."

NFL.com has reached out to Buzbee's office for comment on Hardin's statement.

Buzbee previously has stated he planned to submit evidence from several of the women to investigators.

The NFL has said it's investigating the allegations against Watson.