Fraser was fourth in the second event, the front squat, which was won by Griffin Roelle of the United States.

Second after two events is Bayden Brown of Australia, followed by Roelle, Justin Medeiros of the US and Jeffrey Adler of Canada to round out the top five.

The online portion of the CrossFit Games runs over two days with seven events, the next two events for today are Damn Dian and a 1,000-metre row. The top five competitors from a field of 30 for both the men and women will qualify for the final in-person portion of the Games in October.

Mat Fraser is going for his fifth straight CrossFit Games. He finished second at this season’s CrossFit Open. 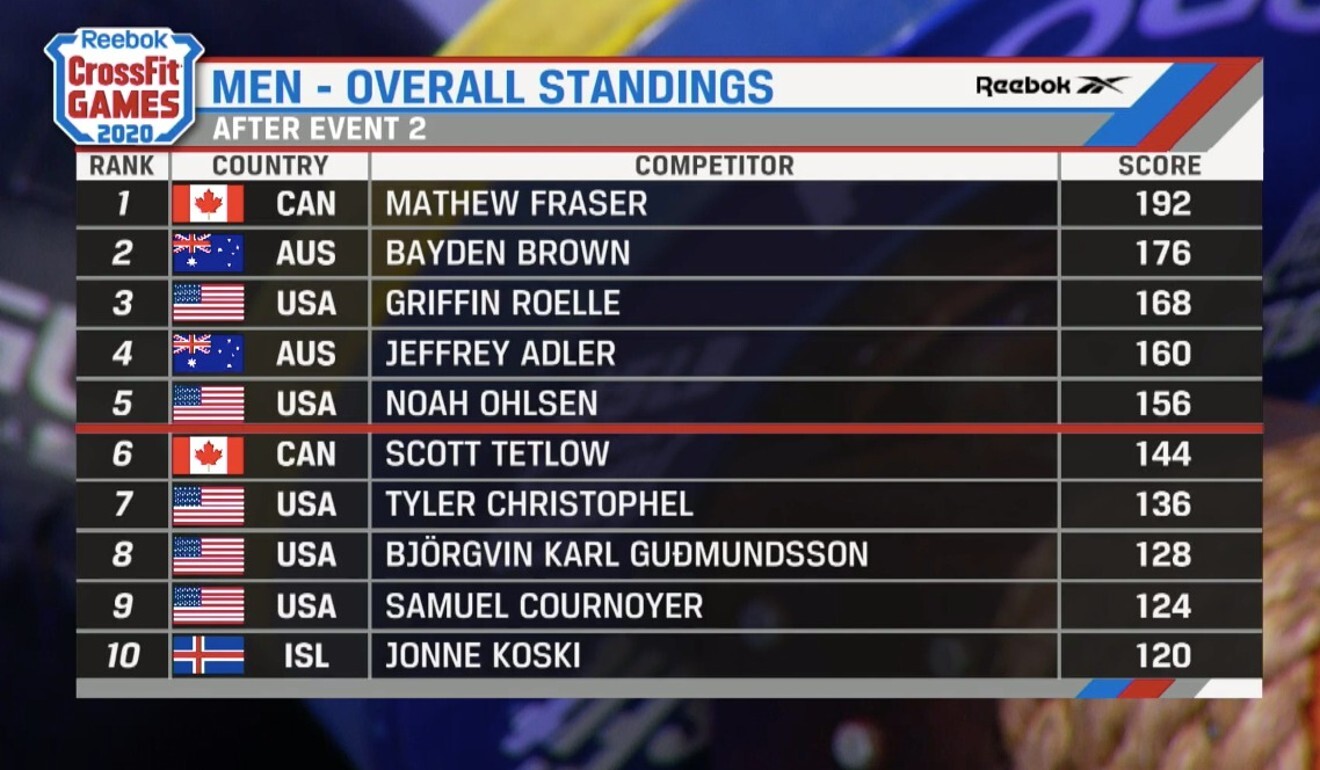