CBS Sports
Share on FacebookShare Share on TwitterTweet
The Avalanche thoroughly outplayed the Lightning from start to finish, making the Bolts' chances of a three-peat look slim 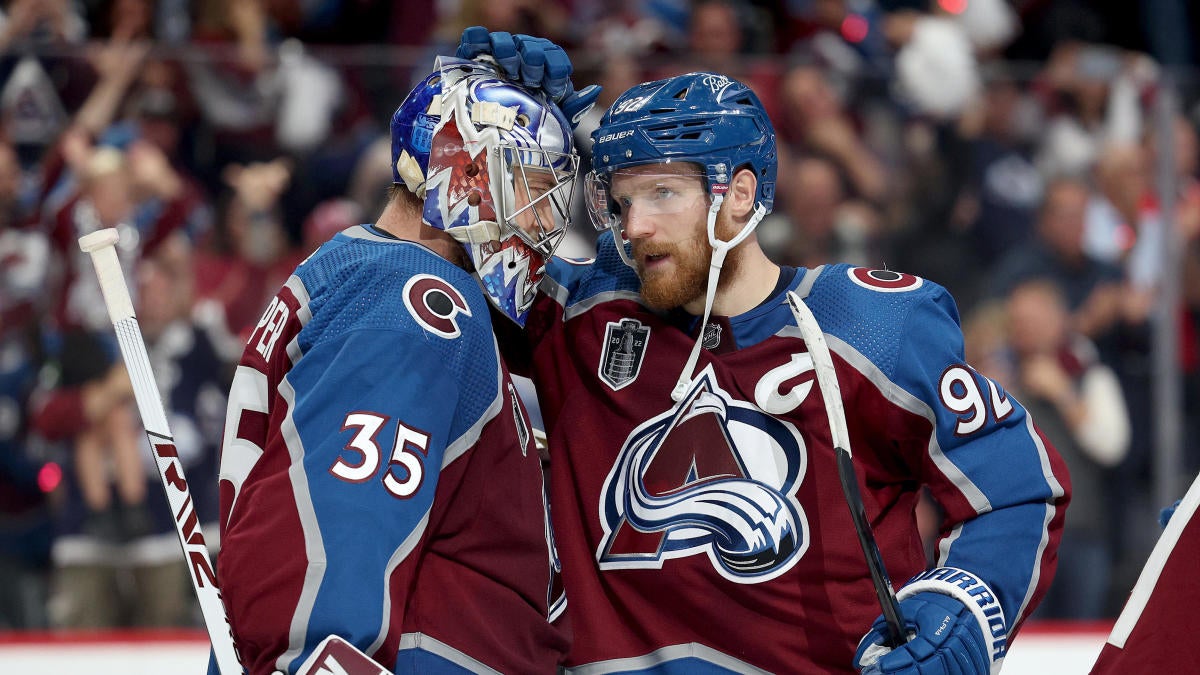 Game 2 of the Stanley Cup Final began in a similar fashion to Game 1: The Colorado Avalanche came out firing and built a quick lead over the Tampa Bay Lightning. The difference this time was the Avalanche didn't let the Lightning off the ropes en route to a dominant 7-0 win.

The goals came early and often for Colorado, as Valeri Nichushkin opened the scoring less than three minutes into the game with a power play goal. Roughly five minutes later, Josh Manson doubled the lead, and Andre Burakovsky capped off a three-goal first period for the Avs. Unlike in Game 1, Tampa Bay had no answer in the second period, and the Avs put two more goals on the board. Colorado tacked on two more in the third period, taking a 2-0 series lead in impressive fashion.

Coming out of Game 2, it's hard to find any positives for the Lightning. Everyone from Andrei Vasilevskiy outward floundered in the face of the relentless pressure from the Avalanche. Tampa Bay came back from a 2-0 series deficit last round, but they aren't playing the New York Rangers now. It's too early to bury the Bolts, but they have looked completely outmatched in Denver.

The Lightning can only hope a return to Tampa can help change the momentum in this series because the Avalanche are rolling into Game 3. That game will begin at 8:00 p.m. ET on Monday, June 20.

Before the series heads to Tampa, though, here are some takeaways from Game 1.

After the Lighting got thoroughly outplayed in Game 1, I assumed they would give the Avalanche more of a fight in Game 2. Not only was that assessment incorrect, but Colorado somehow took its game to another level. The Avs jumped all over the Lighting and didn't let them come up for air.

In Game 1, the Avalanche took their foot off the gas pedal for just a few moments in the second period -- and it cost them. The Avs learned from that mistake this time around, keeping their foot on Tampa's throat for all 60 minutes. Colorado generated 2.48 expected goals while allowing just 0.89 expected goals, per Natural Stat Trick. The Avs were able to create high-danger chances without giving anything up the other way. In the rare moment when the Lightning were able to get into the offensive zone, they weren't there for long. Colorado's defense gained control, and all five players on the ice quickly went into attack mode. It was probably the most spectacular team effort any team has put together in this postseason.

When looking at the scoreboard, the Avs' seven goals certainly jump out. However, the goose egg on the Lightning's side might be more concerning. I trust Vasilevskiy to figure things out, but Tampa Bay's offense hasn't really generated much of anything through two games.

Through the first two games of this Stanley Cup Final, the Lightning have only been able to muster 40 shots on goal and 1.71 expected goals. The most shocking part of all of this is how ineffective Tampa's best offensive players have been. In Game 2, Steven Stamkos, Nikita Kucherov, Brayden Point, and Ondrej Palat combined for 0.0 expected goals. Colorado does deserve a lot credit for taking away time and space, but at some point those players have to make a play and create some dangerous scoring chances. Otherwise, the Avalanche will walk to their third Stanley Cup in franchise history.

The Lightning have been very good at home this postseason, and they have to hope a change of scenery is the cure for what ails them. I'm not ready to count out the back-to-back champions, but it's hard to find any reason to believe they can even this series based on what we saw in Denver.

When this matchup was solidified, myself and many others felt like the series would go six or seven games. At this point, Tampa Bay is just hoping to reach Game 5. The Avalanche have been playing at a different speed than the Lightning, and there isn't a simple solution for Tampa Bay head coach Jon Cooper. This is as bleak as things have looked for the Bolts in three years, but perhaps they can feed off the home crowd in Amalie Arena.