Hot topics close
Home Coco Gauff Gauff and Raducanu Deliver at the Australian Open, but Only One ...

Gauff and Raducanu Deliver at the Australian Open, but Only One ...

The New York Times
Share on FacebookShare Share on TwitterTweet
Coco Gauff, 18, prevailed against Emma Raducanu, 20, in a prime-time match. “I think that we’re going to be playing each other many times in the future,” Raducanu said.
Australian Open
Continue reading the main story

Gauff and Raducanu Deliver at the Australian Open, but Only One Advances

Coco Gauff, 18, prevailed against Emma Raducanu, 20, in a prime-time match. “I think that we’re going to be playing each other many times in the future,” Raducanu said. 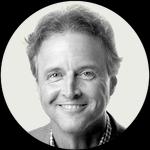 MELBOURNE, Australia — Coco Gauff versus Emma Raducanu sounded like quite a tennis match for a new age. The Australian Open organizers clearly agreed and gave the youngsters top billing: 7 p.m. in Rod Laver Arena to open the night session Wednesday.

“I’m glad we got the prime spot,” Gauff said. “I hope we delivered.”

After a shaky, error-strewn start, their first career meeting had its moments. Above all, it had some extended, tight-to-the-baseline rallies with Raducanu throwing her body into her shots and Gauff using her speed and anticipation to chase down balls that few others could have reached.

It was high-velocity entertainment, punch against counterpunch, Raducanu’s fluidity and full-cut returns versus Gauff’s more explosive movement and powerful serve.

That Gauff prevailed, 6-3, 7-6 (4), was no big surprise, even if she had to save two set points in the second set. She, for now, is the more accomplished and consistent player. She is the one in the top 10, the one with multiple tour titles in singles and doubles, the one who has been competing regularly on the circuit since 2019.

And yet Raducanu, despite being ranked just No. 77 at the moment, has already acquired what Gauff is chasing: a Grand Slam title. At the 2021 U.S. Open, Raducanu became the first singles qualifier to win a major in what felt more like a fairy tale than a sporting event.

She did not lose a set in 10 matches in New York, becoming a global star at age 18. Gauff, who beat Venus Williams at age 15 on her way to reaching the fourth round at Wimbledon in 2019, can relate, but only to a degree.

“I feel like she experienced it on a much bigger level than I did,” Gauff said of becoming a public figure. “But coming on tour young, it’s a different life from juniors, playing in small events, to all of a sudden people knowing your name, people expecting you to win all the time.”

It quickly became apparent that Raducanu was not going to win all the time, that she had somehow gotten into the zone very early and might not find her way back again for quite a while, if at all. She has yet to win another tour title or get past the second round in another major, and she has cycled through coaches and nagging injuries like the ankle she sprained badly less than two weeks before the start of the Australian Open.

“We just did absolutely everything we can,” Raducanu said. “We had pretty much, like, 10 days before the tournament, and Day 1, I was on crutches and doing pool rehab. To get onto the court from there has been a massive effort.”

Meanwhile, Gauff opened her season in Auckland, New Zealand, by winning the title and arrived in Melbourne with momentum.

She will face another American, Bernarda Pera, in the third round Friday and is playing doubles with Jessica Pegula, who also advanced to the third round in singles on Wednesday by defeating Aliaksandra Sasnovich of Belarus in straight sets.

Though she broke through to reach her first Grand Slam singles final at the French Open last year, losing to No. 1 Iga Swiatek, Gauff finished the season on a downbeat: hitting the wall after her first full year on tour and losing all three of her matches at the WTA Finals in Fort Worth and losing again after crossing the Atlantic to Glasgow for the Billie Jean King Cup Finals team event.

Her forehand, traditionally her less reliable stroke, kept breaking down under duress, and shoring it up was again a point of focus for her and her team during the off-season.

Improving it and her belief in it will be critical to achieving her Grand Slam goal, and it held up well for much of the match Wednesday only to get shakier down the stretch in the second set as Raducanu targeted it repeatedly.

“I’m just happy that, I guess through the work that I did in the preseason, that it’s working out,” she said. “I know it’s one of the things that I needed to work on. I feel like it’s improving every match, every week.”

She certainly defended well off both wings Wednesday night, extending rallies and ultimately forcing Raducanu to go for too much.

“It’s difficult,” Raducanu said. “She is a great mover, great athlete — puts another ball in play, so you feel like you have to squeeze it closer to the line and then she kind of teases errors out of you that way.”

When Gauff served at 4-5 in the second set, Raducanu had command of both of the set points, dictating the patterns and terms of engagement only to miss when it came time to seal the deal.

Her backhand drop shot on the second set point would have clearly been a winner if it had crossed the net, but it hit the tape and fell back on Raducanu’s side of the court. In the tiebreaker, she lost three more key points when she was the one setting the tempo.

“I think 13 days ago if you would have told us, ‘Hey, you’re going to be in the draw and win a round,’ it would have been a massive effort for sure,” Raducanu said. “Saying that, I still think I didn’t necessarily play my best today. Although in the second set I had chances and we were pushing it, I still felt like I could have done better. But props to her.”

Raducanu and Gauff had never even practiced together, but when it was over Wednesday, the handshake gave way to a friendly embrace at the net. They are based an ocean apart: Raducanu in Britain; Gauff in Florida. But they are both bright and personable with a growing list of sponsors and commitments.

Both would embrace more matches against each other. The men’s game has been awash in transcendent rivalries for decades: from Bjorn Borg and John McEnroe to Rafael Nadal and Novak Djokovic. But the women’s game has often lacked that sort of anchor, and Ashleigh Barty’s sudden retirement last March at age 25 and while ranked No. 1 will only make it more challenging to develop.

Gauff, who is wise beyond her 18 years, is focusing on the long view after suffering from putting too much emphasis on the short term.

“For me, last year was my first full year on tour. I think last year was her first year as well,” she said of Raducanu. “I think it’s something people need to remember and be reminded of.”

She hopes people give her at 18 and Raducanu at 20 more time and room to ride the learning curve, and she acknowledged that she needed to find more joy in the process.

“I feel like I’ve been on the opposite spectrum where I forget my age,” she said. “I almost put too much pressure on myself, wanting things now, now, now. I think I’ve taken a step back. I felt like I didn’t ever want to use my age as an excuse for losing or why I’m not accomplishing things. But I think it was putting too much pressure on myself.”