Which manager has won the most Champions League titles? Every coach with multiple UCL trophies

Sporting News
Share on FacebookShare Share on TwitterTweet
Thomas Tuchel is taking on a modern great in Carlo Ancelotti, but who are the most successful coaches of the Champions League era?

Thomas Tuchel will continue his quest to join a very exclusive club when Chelsea resume their bid for consecutive Champions League triumphs this week.

Going back-to-back in the competition’s modern era has proved beyond some of the greatest coaches the game has ever seen, while an old master in the opposition dugout could serve as inspiration.

Carlo Ancelotti is back at Real Madrid and is in the process of staking his own claim for Champions League history.

Last season’s 1-0 win over Manchester City in Porto saw Tuchel lift ‘Ol’ Big Ears’ for the first time, and here are the names he is now seeking to join – the most successful coaches since Europe’s premier competition was rebranded back in 1992.

Ancelotti will forever be cherished by Madridistas as the man who masterminded La Decima – their 10th European Cup success. They needed a late Sergio Ramos equaliser to take rivals Atletico Madrid to extra time in Lisbon eight years ago before Gareth Bale, Marcelo and Cristiano Ronaldo sealed a 4-1 win.

Prior to that, Ancelotti presided over finals of contrasting entertainment value as his AC Milan prevailed on penalties against Juventus following a dour 0-0 draw in Manchester in 2003, before remarkably fumbling a 3-0 half-time lead against a Steven Gerrard-inspired Liverpool in Istanbul two years later, where they suffered their own heartache from 12 yards. The Rossoneri and Ancelotti had their revenge against the same opponents in Athens two years later, with Filippo Inzaghi scoring both goals in a 2-1 win.

If Ancelotti will always be remembered for number 10, it was his old assistant who made a more seismic piece of history at Madrid. Like his mentor, Zidane’s first success in the competition came via penalties, on Ancelotti’s old stomping ground of San Siro in 2016, with Atletico Madrid again the victims.

No one had retained the European Cup since Milan won in 1989 and 1990 under Arrigo Sacchi (Ancelotti played in both those finals), but Madrid did so with a swaggering 4-1 win over Juventus in Cardiff. Having done what many thought was impossible, Madrid duly went one better and beat Liverpool 3-1 in the 2018 final, where Bale’s spectacular overhead kick was the crowning moment of their 'threepeat' success. 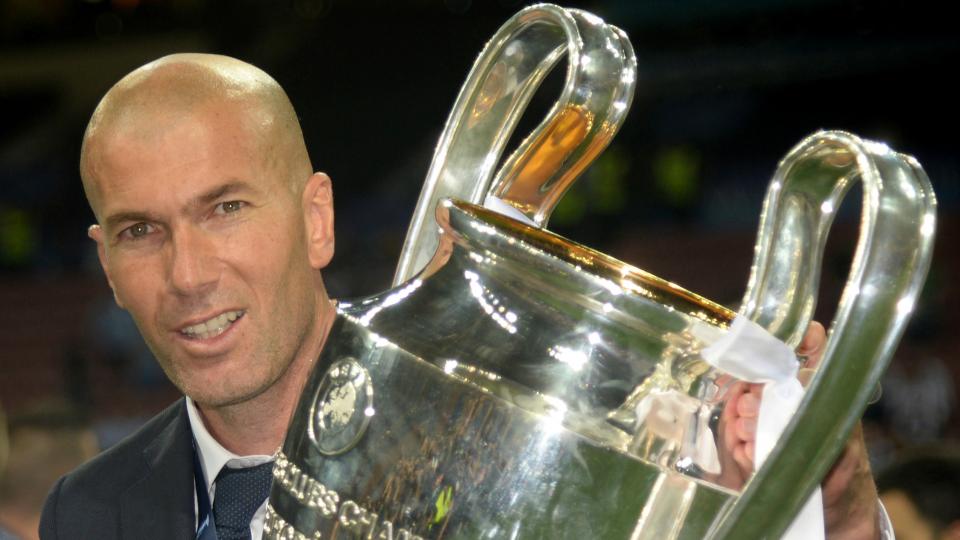 This is the man who felt destined to top this list with daylight behind him a decade ago. In his first three Champions League seasons as a coach, Guardiola led a generation-defining Barcelona to a pair of stylish final victories over Manchester United in 2009 and 2011.

But it was the Blaugrana’s 2010 and 2012 semi-final losses to Inter and Chelsea respectively that set the tone for an otherwise-successful Bayern Munich tenure, with the Bundesliga giants bowing out three times in a row in the final four against Spanish opposition. Guardiola finally scaled that hurdle again with Manchester City last season, thanks to an authoritative 4-1 aggregate win over Paris Saint-Germain, but then the freshly crowned Premier League champions ran into Tuchel’s Chelsea. 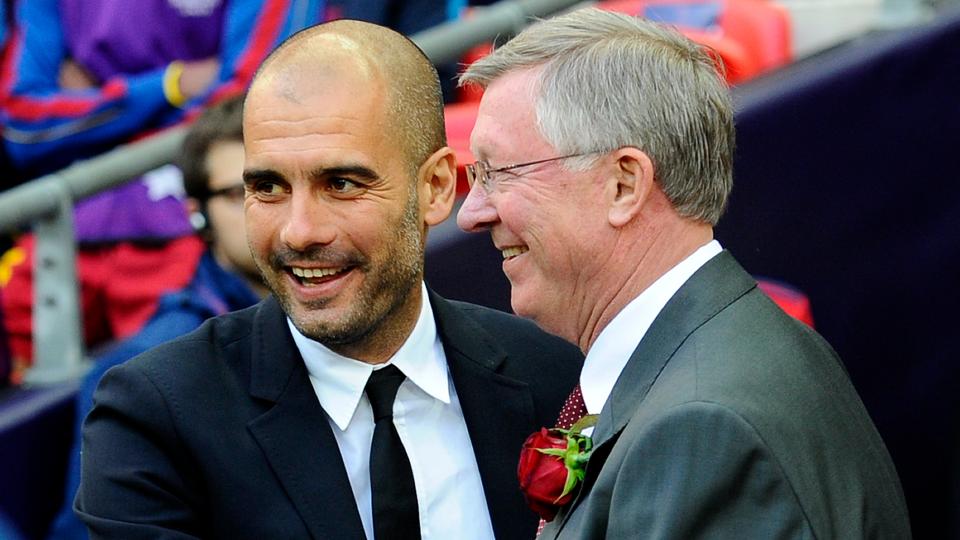 Porto emerged from an upset-laden and chaotic 2003/04 Champions League as the victors after seeing off Monaco 3-0 in the final. On the back of UEFA Cup success the previous season, that meant Mourinho was off to the Premier League to announce himself as ‘The Special One’.

Despite being synonymous with England’s top flight, his spells with Chelsea, Manchester United and Tottenham (stop laughing at the back – they reached the final six months before he arrived) did not yield another Champions League trophy. His second victory in the tournament completed a stunning 2010 treble with Inter, something that remains his crowning coaching achievement. 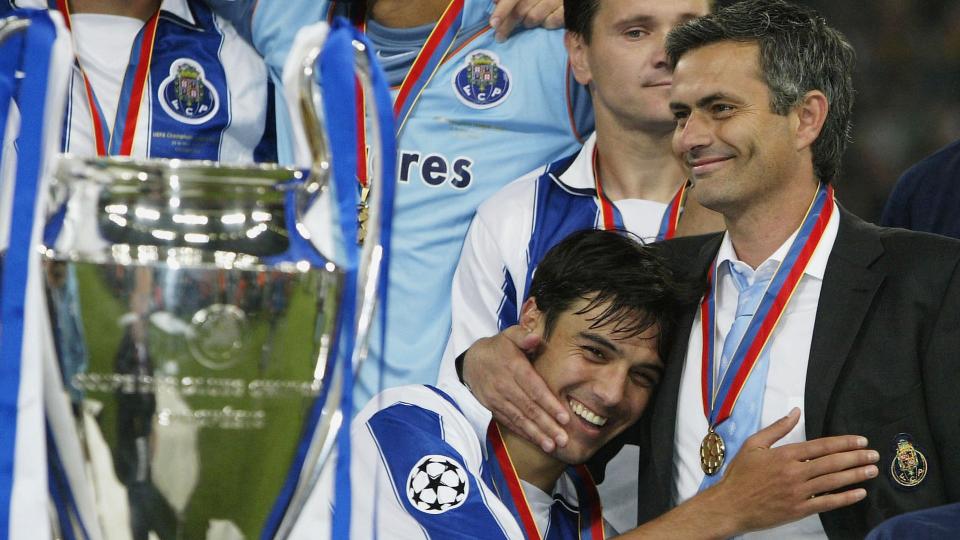 Manchester United never made better use of ‘Fergie Time’ than in the 1999 final, when injury-time goals from Teddy Sheringham and Ole Gunnar Solskjaer unforgettably downed Bayern Munich at Camp Nou.

United’s dominance in England at that time makes it surprising that it took until 2008 for them to reach another final, where John Terry’s slip in a Moscow penalty shoot-out helped them to pip Chelsea. Ferguson had designs on going back-to-back the following year, but then Xavi, Andres Iniesta, Lionel Messi and the rest got in the way, just as they did two years later. 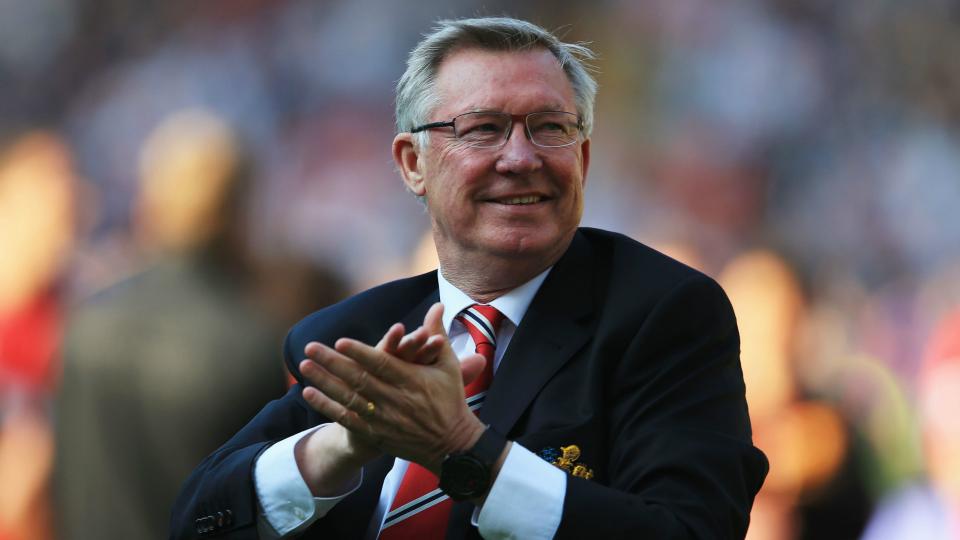 Guardiola’s failure to win a Champions League at Bayern is a stick his critics regularly use to beat him. It’s all the more unfortunate for the Catalan that prior to his arrival but after his announcement as head coach, veteran tactician Heynckes led Bayern to Champions League glory as part of a treble.

They beat Borussia Dortmund thanks to Arjen Robben’s 89th-minute winner at Wembley, having ransacked Barcelona 7-0 on aggregate in the semi-final. Heynckes wasn’t particularly popular before that at Camp Nou, having ended Real Madrid’s 22-year wait for their seventh European Cup in 1998, Predrag Mijatovic scoring the only goal to sink a heavily fancied Juventus.

It’s quite something to coach two bitter rivals and lead them both to Champions League success, but the esteemed Hitzfeld did just that. In 1997, he steered Borussia Dortmund to glory with a 3-1 success over Juventus (yes, you are spotting a theme).

The following year, he was in charge at Bayern and endured the heartbreak of Camp Nou. But they gained revenge in 2001 with a quarter-final victory over Manchester United en route to a final against Valencia in Milan, where Oliver Kahn was the penalty shoot-out hero.

MORE: Why Cubs owner Ricketts is under fire from Chelsea supporters in bid to buy team

Hitzfeld and Bayern saw off Real Madrid in the 2001 semi-finals, but either side of that the trophy had a familiar home. Los Blancos dealt compatriots Valencia the first of their consecutive final defeats in Paris thanks to goals from Fernando Morientes, Steve McManaman and Raul.

It speaks of Del Bosque’s adaptability and shrewd man-management that the side he took to Hampden Park in 2002 looked somewhat different, with the first Galacticos era in full swing. And it was one of their headline acquisitions who settled the argument against Bayer Leverkusen, Zidane swivelling to volley home one of the finest goals in Champions League history and secure a 2-1 win.